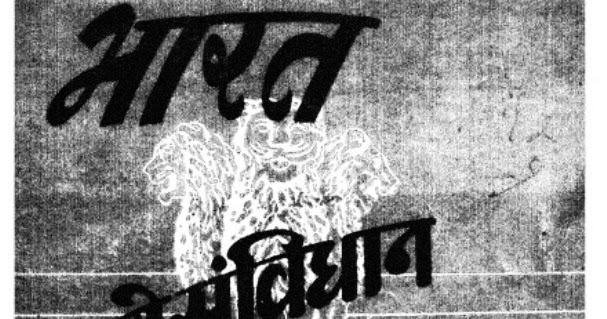 This is the Part 2 of our series of articles on Anti-Farmer laws, based on the book by Amar Habib. The book can be downloaded here (see also for Hindi and Marathi version).

What exactly is schedule IX of the Constitution of India?

India had an interim government prior to 1947. It continued for some time after independence. First General Election was conducted in 1952. Constituent Assembly was constituted by the Interim government. Dr.Babasaheb Ambedkar was the Chairman of the Drafting Committee. Constituent Assembly held detailed and lengthy discussions. The Constitution of India was promulgated on 26th January 1950. The Constitution contained total 8 Schedules. Schedule means when a thing is mentioned in article of original constitution, but details have not been provided at the same place, a schedule is attached to provide the details. Eg. In the first sentence of Art.1 of constitution of India, it is mentioned:-Name of the union and its territory India, that is Bharat, shall be a union of states. In the second clause it is stated that ‘The states and the territories thereof shall be as specified in the First Schedule.’ In other words details of article 1 are provided in schedule I. Original constitution contained 8 Schedules. All these 8 Schedules have been mentioned in original constitution. But mention of schedule IX was nowhere to be found in original Constitution. First Constitutional Amendment was made on 18th June 1951 to incorporate Ninth Schedule.

The nature of the Schedule is such that the Acts included in this Schedule will be beyond the jurisdiction of the courts. When we see the date, it is clear that barely fifteen months had elapsed from the promulgation of the constitution. Provisional Government was in existence then. Schedule IX was incorporated in the constitution before the government elected through general elections by adult suffrage assumed office. Some valid questions arise viz. should a provisional government have taken such a far reaching policy decision? Was there necessity of such hurried measure?Wwhether this step was only for coming election?

At present, there are 284 Acts in Schedule IX. Of them, the number of Acts directly related to farmers is more than 250. Remaining Acts also come in contact with agriculture indirectly. It cannot be said that 250 out of 284 acts were placed in the Schedule through oversight. The government’s object of keeping the farmers away from the courts is clearly visible from this.

Hon. Supreme court has recently held that the acts included in schedule IX after 24/4/1973(date of judgment in Keshavananda Bharati ) are subject to judicial review. But Ceiling and other important Acts are prior to it. The beginning of oppressing the farmers was made by First Constitutional Amendment. Its consequence was that agricultural sector i.e. ‘Bharat’ became a colony of India.

What are the different Constitutional Amendments that are anti farmer?

Original constitution of India is founded on individual liberty. Economic freedom was given to the farmers just like other professionals. But after the promulgation of the Constitution, many Constitutional Amendments were introduced to take away the freedom of farmers. Till the end of 2015, constitution was amended 94 times. Out of them seven amendments i.e. 1st, 3rd, 4th, 24th, 25th, 42nd and 44th proved most detrimental to the farmers.

3rd Amendment:- On 22nd February, 1955, 3rd Constitutional Amendment was made in Schedule 7 of the Constitution. According to the Constitutional scheme of things agriculture is a State Subject. Previous Entire matter in para 33 of concurrent list was deleted and by introducing classification like food items, animal fodder, raw cotton, raw jute etc. provision was made for control of central Government. Thus, the central Government encroached on the jurisdiction of State Government and established control on the market of agricultural produce.

4th Amendment:- On 27th April 1955, Article 31 was again amended and 4th Constitutional Amendment was made. It gives unrestrained power to the government to acquire land. This amendment not only diluted fundamental right to property but also revoked the protection provided by the framers of
Constitution to all Fundamental Rights under Art.13. After this amendment the government got undisputed right to acquire land. Courts were distanced from intervention.

24th Amendment:- On 5th November, 1971, Art.13 was amended with a view to make the way of land acquisition unhindered and unrestrained. This amendment directly takes away the protection given to fundamental Rights of the citizens.

Art.13 had conferred on the Indian Citizens protection of their Fundamental Rights. In this article, a stern warning was issued to the government not to pass any law or issue any orders which infringed on the Fundamental rights. 24th Constitutional Amendment removed the protective shield of citizen’s ‘Fundamental Rights.’

25th Amendment:- On 20th April, 1972, a new part (c) was added to Art. 31 and the Directive Principles of State Policy included in the Constitution were given predominance over Fundamental Rights. Directive Principles were supposed to be non-binding. This amendment gave them importance and the citizens were deprived of basic freedom under the pretext of ‘welfare of the people.’

42nd Amendment:- On 18th December, 1976, in a single day, 59 amendments were made in 7 different articles and the Preamble of the Constitution. It does not appear that such a record of effecting these many amendments in a single day has been achieved anywhere else in the world.

This was the period of Emergency. Broadly speaking, a review of 42nd Constitutional Amendment can be taken as follows:-

I. The words ‘Socialist ‘ and ‘Secular’ which were not there earlier were inserted in the preamble to the Constitution.

II. New Part 31(c) was added to Article 31. By this amendment the scopes of Article 14 which upheld the principle of Equality before law and Art.19 which gave right to freedom were narrowed down.

III. Art.19(1) (F) which provided freedom to property rights (to acquire, hold and dispose of property) was repealed entirely.

IV. To give a free run to the Acts enacted for Land Acquisition, provision was made to make Art.14 (All are equal before law) and Art.19 (Right to freedom) ineffectual.

44th Amendment:- On 30th April, 1979, the 44th Constitutional Amendment which abolished Fundamental Right to Property was made. By this amendment a new Article 300(A) was introduced. Fundamental Rights i.e. rights to freedom are considered the Soul of the Constitution. The Constitution makers had mandated by Art.13 that the government should not interfere with these rights. These rights were diluted during the term of Prime Minster Nehru. During Indira Gandhi’s rule they were made almost dead and the last nail was fixed in the coffin during the rule of Janata Party by abolishing Fundamental Right to property. Right to property has now remained only a Constitutional Right.

Should the Constitution of India be altered?