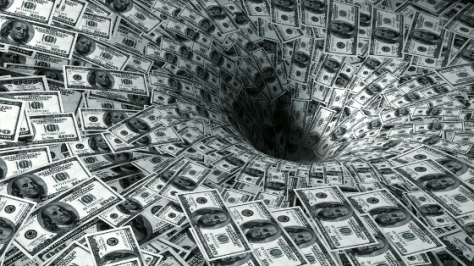 The US Dollar is the worlds “reserve currency”: the means of exchange which is accepted as payment for almost all international transactions, and the fact that US currency plays this vital role in international trade and finance has bestowed upon the US government a uniquely privileged position, both financially and geopolitically. But how did the US Dollar come to be this important? Here is a brief overlook of the history of post-WW2 monetary history, which has ended up with what has come to be know as “US Dollar hegemony”.

The US Dollar emerged from the 2nd World War as the most powerful global currency. Even while war was raging, the 44 allied nations met in Bretton Woods, New Hampshire to discuss a new international monetary system. They aimed to prevent the ‘beggar thy neighbour’ policies of competitive devaluations that had scarred the interwar period. The conference established the International Monetary Fund (IMF) and the International Bank for Reconstruction and Development (IBRD) to oversee a new currency regime where members committed to maintain exchange rates within a +/- 1% band from a peg to the agreed reserve currency, the US Dollar. USD would in turn be convertible to gold at a rate of USD 35 per ounce of gold. The era of the USD hegemony had begun. The system effectively lasted until 1971, when President Nixon terminated convertibility of USD to gold. Continued budget deficits and lending to foreign countries to rebuild after the war had led to large-scale printing of new USD and the link to gold had eventually become unsustainable. The increasing volume of outstanding USD caused domestic inflation, undermined the trade balance and meant that the US gold reserves were increasingly insufficient to legitimize convertibility at the USD 35/ ounce. Speculation was rife that a devaluation was forthcoming. Periodic runs on the dollar became more and more frequent. Eventually the US administration threw in the towel: on August 15th, 1971, President Nixon declared a suspension of the convertibility of USD into gold. With the demise of Bretton Woods, the USD became a genuine fiat currency. 1973 marked the official demise of the system, as the fixed exchange rate was finally abandoned and world currencies were allowed to float.

But one thing didn’t change. The USD maintained its role as the undisputed reserve currency of the world. This can largely be ascribed to what is known as the petrodollar regime. The petrodollar was established when the US in the mid 1970s offered military protection to the large Middle Eastern oil producers in exchange for a pledge to denominate all oil transactions in USD. As a consequence, oil exporters started building up large reserves in USD, which they ‘recycled’ into USD Treasury securities, helping to fund continued American trade- and fiscal deficits.

Of course, being the currency of the largest economy in the world and having the most liquid capital markets and the largest single bond market (US Treasuries) added to the attractiveness of the USD. As a consequence of the USD’s role as the currency of global trade it is the largest single component of the SDR (the IMF’s Special Drawing Rights, an international reserve asset) at more than 40%, reinforcing its indispensable role in international money markets.

The USD hegemony has real effects. Because international trade is largely settled in USD, the US can in essence issue new currency in exchange for goods (the revenue generated from this process is known by economists as seigniorage). Additionally, because the US is able to find willing buyers for its currency, it can run large current account deficits (which is has done since the early 1980s) without risk of a balance of payment crisis and a run on the currency. This advantageous situation is known as the exorbitant privilege (there is some discussion about the real value of the exorbitant privilege, but that there is some advantage is generally accepted). The US essentially has a virtually limitless credit card with which to purchase imported goods.

Another consequence of the USD’s dominance as the currency of global trade is that many countries find themselves with a need for continued access to USD funding. A traditional source of liquidity has been the Eurodollar system, where USD are deposited offshore with non-US banks or foreign subsidiaries of US banks. The system originated in response to Federal Reserve regulation (Regulation Q) capping the interest on domestic USD deposits. To circumvent the cap, foreign banks began accepting USD deposits. But the practice not only overcame the regulation Q problem, it placed deposits outside the jurisdiction of US regulators, and consequently also avoided regulatory reserve requirements (RRR). Hence, through the banking multiplier, the system became an in theory unlimited source of USD funding. The emergence of this inexhaustible source of USD liquidity has helped cement the USD as the funding currency of choice for many international players like the global banks.

The hegemony of the USD is starting to face pressures. China and Russia are among the countries who worry about an over-reliance on the dollar. The Global Financial Crisis illustrated how global banks with large USD liabilities could face difficulties which US domestic banks need not worry about. But attempts to wrestle power away from the almighty dollar have proven difficult. Efforts have been made to settle e.g. oil in Euro and China has launched its own oil future in Shanghai and started to settle some transactions in Yuan. But at the moment the end of USD hegemony seems some way off in the future. According to the Bank of International Settlement (BIS) the USD is used in 87.6% of global transactions, slightly up over the last 5 years, significantly more than 2nd placed EUR, with 31%. The Yuan, many peoples favourite to replace the dollar, is used in a paltry 4% of transactions. The demise of the USD depends not only on the viability of the petrodollar or Eurodollar system, but on the emergence of a credible alternative.