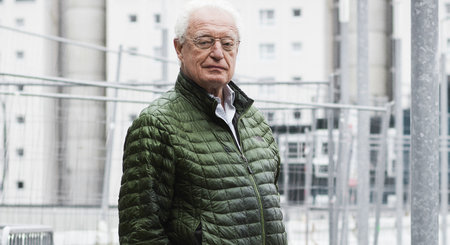 This week’s article will be the last before early September, when our posts will resume.

Every year, in fact, we devote July and August to reading, reflection and rest … in order to be able to take a step back which will be very useful to us when the time comes to resume the fight.

This truce comes at a bad time.

The least that can be said is that times are troubled and our future is very blocked.

And suddenly, everywhere, prophets of doom announce that all is lost, including honor, and that the only thing to be prepared for is the disappearance of our civilization, the recommendation being to die gracefully and dignity. The worst appears not only very likely but almost certain.

And this is where having age, memory and sanity can help.

And in ten years, these personalities, whom very few people knew before their election, will turn the tide of history and rid us of the Soviet Union and communism as an ideology.

And these three giants had two things in common.

They knew where they came from, Poland for the first, England for the second, United States for the third and from these roots they drew their strength.

They claimed to be Christians, understood that Hope was a theological virtue and therefore refused the mortal statement “what’s the point ?”.

And here I have to mention a little story that I really liked and that a rabbi told me.

“The Devil is fed up with his job and wants to retire.

He therefore puts on sale, on the marketplace, all his instruments, each more shining than the next, aimed at making us commit sins.

In one corner, a little abandoned, is a dusty and grayish machine. Yet it is this uninteresting object that posts the highest price.

A passerby asks what is it for?

The devil answers: Nothing! But it’s the one that gets people to say “what’s the point? ” And so to admit defeat even before having fought. “

Those who tell us that everything is screwed up and that nothing can be done are the servants of this machine and there is nothing to expect from them.

If the reader accepts this reality, then he will ask me; “What are you going to do? “

Here is my answer.

This summer I will try with a few friends to generate in France, from this autumn, a movement of opinion in favor of the popular initiative referendum.

I’ve had more than enough of these presidential campaigns where the slightest idea is never mentioned and where they try to get us to buy a candidate like it’s a bar of soap.

Representative democracy is no longer necessary in the Internet age.

The People are the sovereign, and the elites having failed, we must give back the voice and the right of initiative to the People.

I have nothing to gain from this fight and the odds of me succeeding are close to zero.

This is what makes me want to go there.