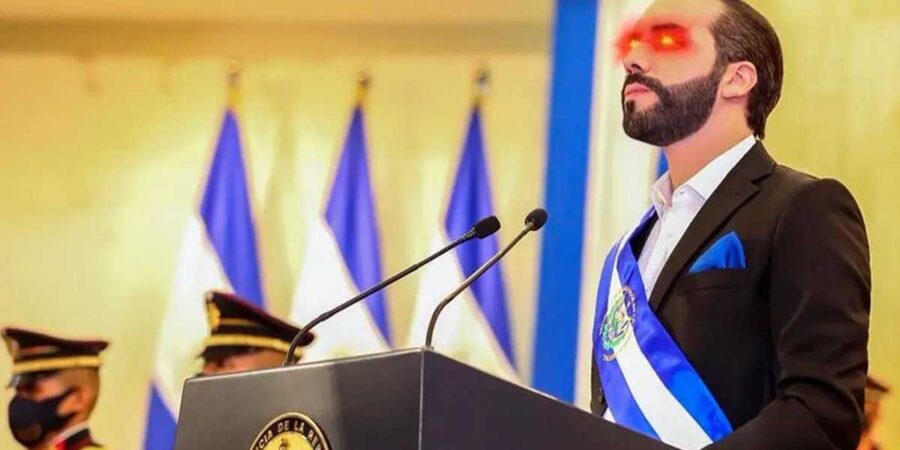 As you might have heard, El Salvador has just passed a law making bitcoin legal tender in the country. For a simple take on what that means, read this Forbes article.

While the law was being passed in the national assembly, President Nayib Bukele appeared out of the blue on a bitcoin discussion to explain his motives.

The full intervention is worth listening to :

Here are some truth bombs that he dropped along the way, and all we can say at the ILR is : God Speed !

On building your own future :

I don’t know if it was the same chat or I read about it : we’re big believers in in the future.

I remember when I was a kid – I remember thinking about the future and you would see like flying cars and you know, these beautiful buildings, with people having no problems and and everything was solved because of technology, and the world was interconnected like it is right now but everything was fine – there was no there were no wars – there were no there was no hunger – no diseases…

I mean – when did our vision of the future change from something beautiful to something so dystopic ?

But at the same time we have to remember that we have we build our own future – the future is not imposed on us !

I mean we human beings we build our future – so why – why do we have to resign ourselves to have a dystopic future if we can build the future that we dreamt about – at least when I was a kid ?

On the harms of Fiat Currency and the Benefits of Bitcoin

I think bitcoin has been the main crypto currency in the world – it solves a lot of problems – no oversupply – it’s not in the hands – you know just a lot of inequality that comes from the central banking system because they put new money in but they choose where that new money goes to.

But everybody pays the price of having their money being less – the quantity of of the total amount of money [going up].

On the ‘Bitcoin is Used for Illegal Activity’ Nonsense

There’s not going to be any restriction on the use of bitcoin other than it’s for legal things right – because a lot of people’s talking about ‘with they’re going to do money laundering and you they’re gonna buy weapons or whatever’ and well – weapons are bought in US Dollars right now – it’s not like – I mean money laundering is done in US dollars – the drug cartels – they use US dollars and the problem is not the dollar – it’s the criminals !

So saying bitcoin facilitates transactions for doing bad things – I mean what about cash – what about jewelry or diamonds or any other sort of payment – what about euros, or yens or whatever !

This is gonna be as free as it gets but that’s not gonna mean that we’re inviting criminals – it just means there’s going to be free.

Being free is not a synonym of doing bad things – I don’t know who changed that definition !