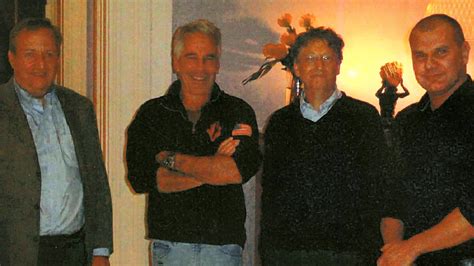 From the Free Press Report

Today we are going over Epstein’s connections in the international and public policy space.

Amir was a board member of Ghislaine Maxwell’s Ocean Conservation Charity “TerraMar”. “Amir Dossal is a 25-year veteran of the United Nations, and served as Executive Director of the UN Office for Partnerships until September 2010, which he established in 1998 to manage the $1 billion gift by media mogul (CNN) Ted Turner.”

Mark Epstein is implicated in the crimes of Jeffrey and seems to have operated within the same model-based sex trafficking network that his brother, Donald Trump, Lex Wexner and John Casablanca (among others) participated in.

The Humpty Dumpty Institute states their goal as: “To inform and foster dialogue amongst critical stakeholders on key global issues.”

Mark Epstein also made sizable donations and loans to several prominent nonprofits. A tax filing from the Humpty Dumpty Institute, where Epstein sits on the board of directors, shows Epstein loaned the international charity at least $100,000 in 2014. Three years earlier, he loaned $75,000 to Exit Art, a nonprofit cultural center where he was also a board member.

Mark Epstein also appears to have tried his hand in the modeling industry, around the same time his brother allegedly donated $1 million to Brunel’s Mc2. Business records show Mark Epstein formed his own agency, Saint Model and Talent, in December 2005. The business has no website or social media presence, and it is unclear if it ever signed a model. But one former tenant of Epstein’s says he remembers it well.

Kissinger is present in Epstein’s black book. Kissinger served on the Trilateral Commission with Epstein, as this dossier confirms.

Koch is present in Epstein’s black book. Epstein was seen with Trump Campaign advisors at David and his wife Linda Koch’s house.

Bill Gates, Co-Chairman of Gates Foundation, Board of Berkshire Hathaway, CEO of Cascade Investments, former CEO of Microsoft, Funder of WHO

Gates continued to meet with Epstein after his prison sentence ended. Bill Gates flew on Epstein’s jet, the “Lolita Express” with Epstein in 2013, five years after Jeffrey was legally designated a child sex offender and child sex trafficker.

Bill gates has a history of inappropriate sexual behavior and harassment. As does his managing partner at Cascade Investments (Gates’ Family Invesment Office): Michael Larson.

Seen in the black book.

“Mr. Dershowitz’s misconduct, and his lies about it, are documented in sworn affidavits, sworn depositions, and contemporaneous documents,” Boies said. “I can understand why Mr. Dershowitz wants to distract attention from the facts by talking about me.” – Attorney for Virginia Guiffre – David Boeis

Mr. Trivers specializes in the research of evolutionary biology. He is seen here with Epstein leaning on his right shoulder laughing.

Like Krauss, Trivers spoke up for Epstein after his release from jail. He told Reuters that Epstein was a man of integrity who had served time for his crime.

“Did he get an easy deal? Did he buy himself a light sentence? Well, yes, probably, compared to what you or I would get, but he did get locked up,” Trivers said, adding that girls matured earlier today than they once did. “By the time they’re 14 or 15, they’re like grown women were 60 years ago, so I don’t see these acts as so heinous.”

Brockman introduced Epstein to several of his wealthier friends even after he was a registered sex offender.

Pinker is present in Epstein’s Flight Log. In Virginia Giuffre’s memoir she mentions Epstein arranging a meeting with a “quirky little man with white hair and a mad scientist look about him” named Steven.

Martin Nowak is a Harvard Biologist specializing in evolutionary biology and was seen photographed with Epstein on several occasions. Nowak continued to fraternize and accept funding from Epstein even after his sex offender/trafficking conviction in 2008.

Seen in the black book. The Justice Department of the Virgin Islands has a number of active lawsuits against Indyke, Kahn and Epstein’s estate.

Named as a co-executor of Epstein’s will. Richard Kahn played a vital role in Epstein’s human trafficking operation. Specifics of one such lawsuit filed against Kahn, Indyke pertaining to their involvement with Epstein’s crimes.

Nikolic was named by Epstein as a backup executor for his will, in which he put assets valued at $578 million into a trust just two days before his death.