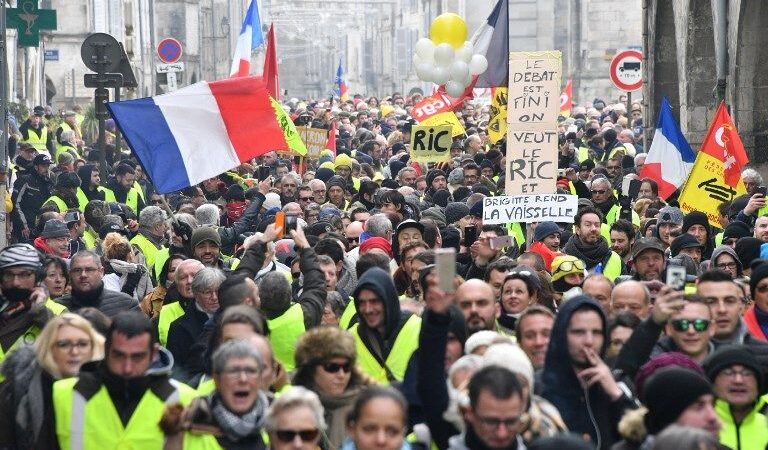 Among these freedoms are the freedom to think and speak, to move about, to practice a religion, to found a home and have friends, to exercise conscientious objection, to establish and develop a business. These freedoms are essential to building a free and prosperous society, a society where people are happy. In the communist world, where these freedoms were denied, there was only ugliness and sadness, as evidenced by the large number of suicides.

The freedoms that are the foundation of the human person.

Freedoms are always in tension between respect for the human person, his uniqueness, his distinction, and respect for global and general rules that allow life in society. But being in tension does not mean being in contradiction. It is because people are people that they associate with each other and form groups and societies. First a home, then a nation and finally an international order. What Hayek demonstrated, in particular, is that the spontaneous order of people is most likely to build a coherent and strong society; more so than the constructed order imposed by norms and rules. Without respect for fundamental freedoms there is no spontaneous order and, in the end, there is no society, but chaos. Soviet Russia at the time of Brezhnev and Gorbachev was a chaos of contradictions, of small offices, of counter-orders, which prevented the functioning of the state, as tragically demonstrated by the Chernobyl accident. Behind the immobile facade that can provide security reigns the chaos of a society that is no longer organized, but mistreated.

Contrary to what one might intuitively think, spontaneous order is more likely than constructivist order to create a stable society and order, generating cultural voids and social insecurity.

We should therefore be very attached to fundamental freedoms, not only out of respect for the integrity of individuals, but also because they alone bring happiness and prosperity, as the history of Europe demonstrates. Yet these freedoms do not seem to matter. A President can announce in the same week the banning of home schooling and the suppression of the conscience clause for doctors in the practice of abortion without this seeming to shock and provoke negative reactions. However, these are two serious infringements. The first is the fundamental freedom of parents to choose their children’s education, including home schooling. The child does not belong to the State and the school is not a place of re-education and training, unlike the republican school founded by Ferry. The second to the elementary right to recognize a conscience clause that allows people the possibility of not doing something when we feel that it goes against who we are. In addition to this, there is the state of health emergency that is never-ending and which seems to justify all possible attacks: prohibition to work, to bury the dead, to visit the sick and suffering. Everyone understands that these are fundamental issues that affect the pillars of a society, and not secondary issues such as the freedom to choose one’s TV program or one’s evening meal. But precisely, while we are increasingly overwhelmed by an extension of secondary freedoms (expansion of television channels, telephone models, choice of vacation spots, etc.) we are, simultaneously, victims of an increasingly strong restriction of first and primary choices. It is as if the restriction of fundamental freedoms is camouflaged or compensated for by the unlimited increase in secondary possibilities linked to the comforts of life. Perhaps a means of distracting us from the essential: giving us a bone to gnaw after removing the meat.

Faced with this reduction of fundamental freedoms, why don’t we see revolts to demand their maintenance? We came to little when the government banned bars and restaurants in Marseille from working with the public. Mayors called for insubordination, demonstrations took place, but then nothing. In exchange for promises of financial compensation, the measure was accepted. There were several reasons for this lack of revolt.

The disdain, finally, for liberties. Few people are really attached to them as curious as it may seem. The revolt of the slave is against the one who wants to free him, not against the one who enslaves him. Catherine II paid the price when she wanted to abolish serfdom: she had to suffer a great revolt of the serfs against this measure. Napoleon was inspired by this and was careful not to abolish serfdom when he entered Russia, despite repeated requests from his advisers. Freedoms have the disadvantage of bringing with them responsibility and uncertainty. Servitude has the advantage of making us irresponsible, therefore not condemnable, and of creating great certainty in the future. These elements are very often preferred to others, like the dog in La Fontaine’s fable, who prefers to be chained but fat rather than free and thin like the wolf. Societies generally have more dogs than wolves.

In communist regimes, the revolt started among intellectuals and academics, not among the people. The dissidents were first and foremost aristocrats, that is, men attached more to freedom and honor than to equality and conformity, as Tocqueville brilliantly demonstrated.

The other reason is that the suppression of these freedoms is progressive and always presented as temporary. Temporary was to be the obligation to walk muzzled in the street. This has been going on for almost two months. Temporary was to be the state of health emergency. We will probably celebrate the first year with great fanfare. The Vigipirate plan installed after the attacks of 1995 is still going on, it was supposed to be temporary, and no one is thinking of putting an end to it anymore. Gently suppressed, it is more difficult to become aware of the extreme brutality of this loss of liberties.

This is accompanied by a call for the greater good. If people are forbidden to work, to visit the sick, to attend their parents’ funerals, it is out of solidarity. Who could oppose solidarity? Who could refuse this collective effort for the good? The just is here diverted from its purpose to serve not the good, but an abolition of the good.

Finally, the last element, the difficulty of defending these freedoms. How can we do it and how can we organize it when everyone, in the street, in the office, on television, seems to be satisfied with these repeated attacks? It’s difficult to act alone, it’s also difficult to have the impression of being alone. But perhaps we should start with that first. Extirpate fears, convince those who can be convinced, use arguments that are understandable to those around us. Fundamental freedoms touch the heart of the human being, they are normally understandable by everyone. Their defense remains a priority to continue to establish a just and prosperous society.