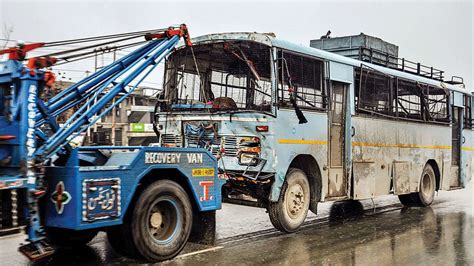 Based on our extensive analysis of the Pulwama attack below are just 12 critical questions that still remain unanswered.

CRPF had requested air-transit for the attacked convoy which was rejected by the Ministry of Home Affairs despite having prior intelligence. Why was the request rejected? Has any inquiry been setup in the matter?

On the night of the attack certain Indian media (detailed in our report on Pulwama attack) tried to create a fake attack on a police post in Shopian, Kashmir which never even took place. Why did media report a fake attack? What was the source on this incident? Has the MHA taken any action against these news outlets for reporting and televising totally made-up news?

The very first photo of the mastermind of Pulwama attack Abdul Rashid Ghazi was reported by India TV. It was of a person by the same name already killed in 2007. What was the source of that photo? What action has been taken by the Govt against the news media for reporting of such fake terrorist?

The second photo of mastermind Abdul Rashid Ghazi was also fake. It was morphed on a Brazilian police man made using an app reported by entire Indian mainstream media. What was the source of this photo? Who supplied these photos of fake terrorists to Indian media? Or did the media acted on their own? Why has the Govt not launched any inquiry to find the source of such subversive tinkering into matters related to National Security?