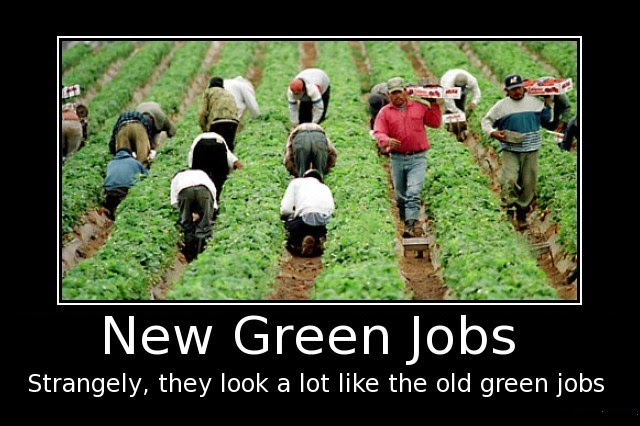 “In addition to such problems with the perception of risk, it is also a scientific fact, and a shocking one, that both risk detection and risk avoidance are not mediated in the “thinking” part of the brain but largely in the emotional one…The consequences are not trivial: It means that rational thinking has little, very little, to do with risk avoidance.” – Nassim Taleb, Fooled by Randomness, p 38)

There is a global shortage of natural gas! Blank stare.

Are we very good at analyzing risk? I mean, big risk?

People, particularly enthusiastic energy transition enthusiasts, like to point to instances in human history where a new technology rapidly wiped out an old one. Two pillars of this line of thought are the switch from horses to automobiles, and the one from land lines to cell phones.

Neither of these are particularly intelligent comparisons to an energy transition; both brought phase-change-equivalent upheavals to the way we lived. A car was able to expand one’s world dramatically compared to a horse, and cell phones brought an unimaginably huge catalogue of potential compared to a land line phone.

An energy transition will bring a modified and possibly less form of pollution and/or habitat destruction, but there will be no revolutionary uplifting of public life (evidence points to the opposite, if German firewood sales are any indication).

Besides that, there is a fundamental difference in the way the drivers of all these “transitions” masterminded them. To be more precise, the true inevitable and massive transitions were not masterminded at all.

When the auto revolution began, Henry Ford did not simultaneously introduce the Model T and call for the mass slaughter of horses. It is quite probable that Ford did not consider the horse’s future at all. He simply built a product that the imagined would be popular, because he could see how it would revolutionize lives.

At the same time, governments did not step in to hasten the demise of horse usage. The very suggestion of that sounds absurd.

When cell phones became popular, Blackberry fans did not pressure governments to eliminate the usage of landlines. No one cared what happened to landlines. They were too excited by what their new mobile devices could do.

In the business world, we are accustomed to sorting out the things that we know can be done, but with technical difficulty, and things that we know simply can’t be done because they are impossible, either in a given time frame, or because the physical/regulatory/economic world won’t allow it. It’s not black and white, but a gradient based on experience.

Elon Musk started building EVs at a time when global auto manufacturers said ‘that’ll never work.” The industry saw no evidence that lithium ion batteries could be packaged safely in such a way as to power a vehicle. That’s an example of the far end of the “can be done” spectrum.

Now, consider the implications for an “energy transition” of Musk’s success versus the “kick the legs out from under everyone” mindset (of the crowd that still, unfathomably, after watching what happens in time of shortage, will soon board jets bound for COP27 where they will dance and chant around fossil fuel funeral pyres at the very same time that half the world’s governments introduce fossil fuel subsidies by the hundreds of billions to prevent anarchy in the streets (but I digress)).

Musk’s success indicated that a new potential motive solution was viable, and in some instances, preferable. There are many places where an electrified vehicle is beneficial, say in enclosed spaces where exhaust is deadly, or for small devices/appliances that only require an hour’s use here and there and whose combustion engines belch massive emissions (and of course many other instances as well.

But Musk’s success did not mean that the entire old system of gasoline/diesel internal combustion engines can be readily replaced or replaced at all. Musk’s efforts provided a toehold by which the process could begin; it didn’t point to any foregone conclusions even if he thought it revolutionary and potentially game changing.

Optimists did decide on a foregone conclusion though, that this new battery EV tech would displace internal combustion engines, and fast (a professorial California loon named Tony Seba predicted, in 2016, that by 2025 all vehicles sold would be electric, and that gas stations would be obsolete by then too). Western governments have decided to shoot all the horses, in effect; many countries have mapped out plans to eliminate sales of internal combustion engines within a decade or two.

In the panic to “do something about the climate”, people wanted to believe, and many appeared instantly to cheerlead on the new developments, because the alternative is fire/flood/drought. There’s nothing wrong enthusiasm – we need it, and need risk takers and early adopters as well. But fear is not the way to go – the media shouting “fire” in the movie theatre is not conducive to progress.

There is no guarantee that any new technology will succeed (in fact, in an unstable new environment, there is always a possibility that a new new technology will spring up to overtake the “new” technology – for example, given the world’s push to hydrogen, it is conceivable that hydrogen fuel-cell vehicles could become more dominant than battery electric vehicles).

So we get to the heart of the current global catastrophic problem: the difference in consequences between the possibility that a new technology will succeed versus the expectation/demand that it will succeed – and the dismantling of the old because it is a foregone conclusion that the new will take over.

We have gone down the path of the latter, because “science” has told us we must. We must reduce emissions, we must reduce fossil fuel consumption, etc. It is life or death, according to anyone who declares a climate emergency, and thus full support is thrown behind proposals that will bring about this desired state.

But what if the expectation is wrong? What are the consequences of a ‘bad bet’? Well, it depends on who is doing the betting.

Look at Musk’s EV success from one perspective, that of someone betting on his new technology or his stock. If EVs take over and dominate the market, the investor wins big. If EVs do not, or if for any other reason Musk’s company fails, then investors lose their money, which is a story told ten billion times in the history of stock exchanges.

But what if the macro level “bettors”, the governments and policymakers, are wrong? What if they participate in the demolition of the existing energy system on the grounds that it appears the new tech in question will dominate?

Then what happens when governments start to panic, realizing that the change is not happening fast enough, so that they legislate adoption of EVs, without knowing the consequences of that either?

Well, I’ll tell you what happens – we all run out of fuel, and that’s happening now in large parts of the world (and this was becoming evident in 2021, before Putin’s debauchery).

The policy strategy is a grand failure on at least two fronts, both of which have the ability to greatly diminish life as we know it.

One front is the simple inability of the manufacturing world to procure the metals and minerals necessary to make the conversion happen. Mining experts point out that there are not enough critical metals/minerals in the world (in terms of proven deposits); the great-green-convert International Energy Agency points out that net zero targets will require four times as much mineral production by 2040 (with no line of sight as to how that could occur, just that it “must”), and even the CBC chimes in by penning a story about a report saying the world will need “more than 300 new mines” to accomplish what we hope, a typically mindless declaration in that a “new mine” is not a new factory or new building; to develop a new mine means the discovery of sufficient quantities of economically recoverable metals/minerals (no guarantee these exist), that construction of said mine can happen at all under increasing regulatory burdens (no guarantee that any mine can be put into production), and that the produced metals/minerals can be processed when and where and how we want the to be (environmental regulations will greatly challenge this last point).

That parameter alone – a lack of known/recoverable (with certainty) mineral deposits – should be enough to cause any wise governing authority to take a step back and say “whoa, we better not try to force anything until this is sorted.” No one anywhere starts building a huge anything when they have been told loud and clear that the building materials are not and will not be available for decades.

But that’s not the worst of it. The worst is the decimation of the existing energy system, and that factor is a thousand times worse because that energy system keeps everyone alive, and produces everything without our field of vision that comes from the hands of humans.

The consequences of throttling that existing system have not been contemplated, because of blind faith in the new system. But reality is, as usual, having the final say over wishes – see European energy crisis, rapidly rising coal consumption, firewood hoarding, and on and on.

The success of an energy transition is completely contingent on the ability of any new energy tech to grow and thrive to the extent it renders the old system redundant. The transition will happen when, as with automobiles, the public no longer cares about the old at all because the new is so much superior.

But our rulers seem unable to grasp the magnitude of that contingency. If one wants to destroy the existing (fossil fuel) system, the new one must be ready and proven in its entirety, and be something consumers are rushing towards (most of the people rushing towards it now are lured by endless piles of subsidies, grants, and incentives, all freshly government generated).

That’s how life works, when replacing something elemental. Don’t be confused with a consumer’s readiness to adapt to a cell phone (or even an EV), the comparison  to an energy transition is nonsensical. The “downside” of adapting to a cell phone is the cost of leaving behind a landline, and what cost is that? Almost zero. The cost of adapting to an EV is considerably more challenging, but doable, and based upon a person’s ability to find adequate charge and possibly a rethink of travel habits (and even that hill is insurmountable for a lot of people).

Developers of new technology like the auto and the cell phone did not immediately assume global domination of their product, and did not predicate its success on someone destroying the old reliable competition. Business decisions aren’t made that way.

It is terrifying to think that the energy transition is being orchestrated by people who do not understand the difference. Good luck to you all.