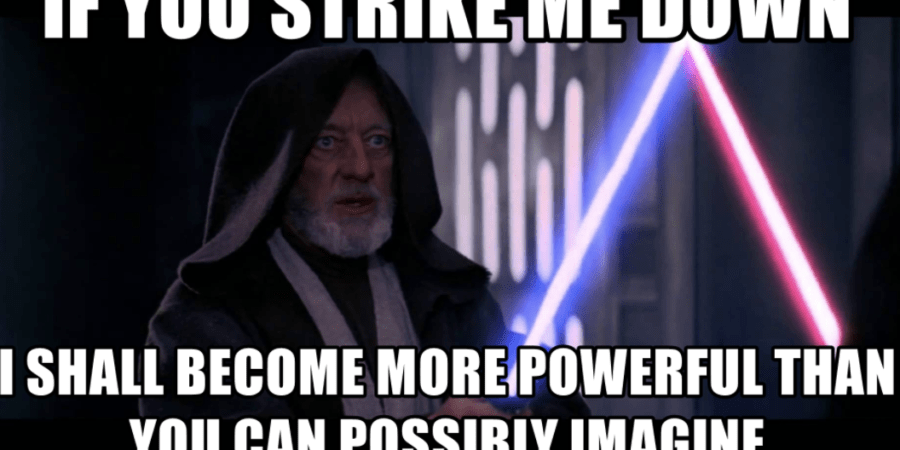 Authored by Mark Jeftovic via BombThrower.com,

My last couple of posts, the first on why a China-style Bitcoin ban can’t happen in Westernized liberal democracies  and the second on how cryptos are a beneficial counterforce to the coming CBDCs seem to have a hit a nerve.

More people than usual made the trip all the way over here to my blog to be sure to tell me how clueless I am and there was a lot of defeatism  in the comments on Zerohedge that all converged around a theme that governments will simply not permit the use of cryptocurrencies once their existence ceases to suit them.

I’ve been involved in cryptos since 2013, and for a long time I too was strategizing out the game theory around why would governments permit cryptos to gain traction.

It wasn’t until relatively recently, that I started to fully grasp something I read a long time ago, before all this crypto business ever started. It was in a rather obscure book by one W R Clement called Quantum Jump: A survival guide for the new Renaissance and it helped me understand the key point of today’s post.

I started alluding to it in A Network State Primer that described how what we understand as “the nation state” is in the process of losing relevance to ascendent network states and crypto-claves. You can chart out the structural differences between those three different governance models based on what the architecture of the monetary layer is:

When it comes to technological leaps like the internet and then public key cryptography and decentralized, non-state, sound money; those who eschew the new paradigms generally do so because they have difficulty fitting the new model into their worldview.

People like Alvin Toffler called this “Future Shock” and he ascribed it mostly to an accelerating rate of change. He wasn’t wrong about that, but what Clement layered atop of that was the ascending level of abstraction.

In the 1400’s the seemingly innocuous discovery of perspective opened the floodgates to the Gutenberg Press and double-entry accounting which opened the path for the Renaissance, the Enlightenment and the Industrial Revolution. Each revolution occurred despite the objections of the incumbent power structures of their day, and that made for volatile, even violent transitions.

In the mid-90’s people were trying to wrap their heads around “cyberspace”. Somebody once wrote in Mondo2000 (I can’t remember who it was, sorry) that “cyberspace is where you are when you’re on the phone”. Meanwhile US lawmakers were calling the internet  “a series of tubes”.

That contrast results from differing levels of abstraction.

Which brings us to the entire point of today’s post.

Levelling up to the next plateau of abstraction alters the architecture of the intellectual constructs upon which systems are based. What worked at the lower level of abstraction not only doesn’t work at the higher abstraction levels, it malfunctions. Clinging to it creates absurdities. Atrocities.

Further, once the level of abstraction jumps, it is the proverbial Promethean dynamic. In this chapter of history, Satoshi has stolen the secret of fire from the Gods and given it to the people. (He did so anonymously, I presume, in an effort to avoid the part where his gizzard is eaten by vultures for all eternity).

But it’s done now, humanity possesses the secret of decentralization and cryptography and nothing short of a complete and total system collapse can undo the newfound cognitive horizons that will accompany it. If society stays on the rails, then the new model will keep spreading at that higher level of abstraction and it will keep accelerating.

In other words, now that cryptos have created non-state, decentralized, open source money, the dynamics of finance and economics have irrevocably changed, and there’s nothing the priests of the temple at The Fed can do about it.

Any attempt by nation states and central banks to preserve the old system, to extend the lifespan of their fiat currencies by porting them into digital forms like CBDCs are simply trying to linearly extrapolate something into a landscape that has fundamentally changed. Faster horses in a new era of cars.

This is what no-coiners do not understand, granted, because many of them are engaged in livelihoods which depend on them not understanding it:

It is not a question of whether governments will permit Bitcoin and cryptocurrencies to exist.

It is a question of whether governments can successfully adapt to the new reality created by the dawning of the decentralized era.

So while policy makers can and will regulate the on-ramps and off-ramps (the exchanges), this is to be expected and it’ll be around these chokepoints where some sort of equilibrium between these two monetary universes will take form.

This diagram depicts the core thesis of The Crypto Capitalist Letter. It’s that the institutionalized financial repressions of NIRP, ZIRP, targeted inflation and coming regimes of UBI, MMT and CBDC-driven social credit are such that capital will exodus from the global bond and fiat bubbles over into the anti-fiat world. Anti-fiat includes gold and silver, it includes real estate, income producing businesses, commodities, intellectual property and cryptos.

It is true that regulations can ramp up and clamp down and become more repressive, for awhile. But as we’re seeing in the world today, the pandemic emergency response is wearing thin and people’s patience for things like lockdowns and mandatory vaccinations is beginning to wane. Here in the West, people were willing to have their freedoms curtailed to meet the exigencies of a global crisis, but they will not countenance government overreach as a way of life. In an ironic sense, the kind of Big Government that may have previously taken decades to creep into intolerable levels may have just accelerated its own rejection and obsolescence with the near ubiquitous, rampant mishandling of COVID.

No matter what happens, the nation state monopoly over the issuance of money is over. That’s why it really doesn’t matter if governments “ban” cryptos. Increasingly higher levels of wealth and capital that are moving into the crypto economy are on a one-way mission: it has no intention of ever returning to the fiat side of the system.