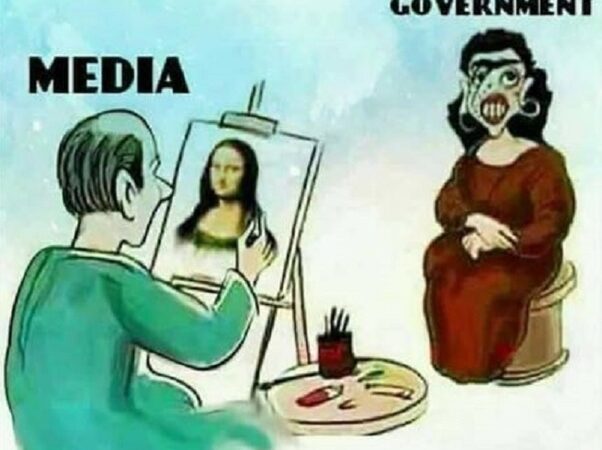 The socialists assert that capitalism is degrading, that it is incompatible with man’s dignity, that it weakens man’s intellectual abilities and spoils his moral integrity. Under capitalism, they say, everybody must regard his fellow men as competitors. Man’s innate instincts of benevolence and companionship are thus converted into hatred and a ruthless striving for personal success at the expense of all other people. But socialism will restore the virtues of human nature. Amicableness, fraternity, and comradeship will be the characteristic features of future man. What is needed first is to eliminate this worst of all evils, competition.

However, competition can never be eliminated. As there will always be positions which men value more highly than other positions, people will strive for them and try to outstrip their rivals. It is immaterial whether we call this emulation rivalry or competition. At any rate, in some way or other it must be decided whether or not a man ought to get the job he is applying for. The question is only what kind of competition should exist.

The capitalist variety of competition is to outdo other people on the market through offering better and cheaper goods. The bureaucratic variety consists in intrigues at the “courts” of those in power.

There was a good deal of flattery, adulation, servility, and cringing at the courts of all despotic rulers. But there had always been some men at least who were not afraid to tell a tyrant the truth. It is different in our day. Politicians and writers outdo one another in the adulation of the sovereign, the “common man.” They do not venture to impair their popularity by the expression of unpopular ideas. The courtiers of Louis XIV never went as far as some people go today in praising the Fuhrers and their supporters, the masses. It seems that our contemporaries have lost all common sense and self-criticism.

At a Communist Party Congress a writer named Avdyenko addressed Stalin in these terms: “Centuries shall elapse and the communist generations of the future will deem us the happiest of all mortals that have inhabited this planet throughout the ages, because we have seen Stalin the leader genius, Stalin the Sage, the smiling, the kindly, the supremely simple. When I met Stalin, even at a distance, I throbbed with his forcefulness, his magnetism, and his greatness. I wanted to sing, to shriek, to howl from happiness and exaltation.” A bureaucrat addressing his superior on whom his promotion depends is less poetic but no less crawling.

When at the Diamond Jubilee of Emperor Francis Joseph a statistician attributed to the Emperor’s credit that after sixty years of his reign the country had many thousands of miles of railroads, while at its beginning there were much fewer, the public (and probably the Emperor himself) simply laughed at this piece of toadyism. But nobody laughed when the Soviet Government in the World’s Fairs of Paris and New York flamboyantly boasted of the fact that while the Russia of the Czars used no tractors at all, a quarter of a century later it had already imitated this new American invention.

Nobody ever believed that the paternal absolutism of Marie Therese and her grandson Francis was justified by the fact that Mozart, Haydn, Beethoven, and Schubert composed immortal music. But the symphony of a contemporary Russian composer who probably will be forgotten after a few years is claimed as a proof of the eminence of Soviet totalitarianism.

The question is whether the system of bureaucratic control or the system of economic freedom is more efficient. This question can be answered only by economic reasoning. The mere assertion of the fact that the cigarettes manufactured by the French Government’s tobacco monopoly were not so bad as to induce the French to give up smoking is not an argument in favor of government operation of industry. Neither is the fact that the cigarettes manufactured by the Greek Government’s monopoly were the delight of smokers. It is not a merit of the Greek bureaucrats that the climatic and physical conditions of their country make the tobacco grown by the peasants delicate and fragrant.

Every German took it for granted that the very essence and nature of things make it imperative that universities, railroads, telegraphs, and telephones be operated by the government. For a Russian the idea that a man could live without a passport, duly issued and authenticated by the police, always seemed paradoxical. Under the conditions that developed in the last thirty years the citizens of continental Europe became mere appurtenances of their identification papers. In many countries it was risky to go out for a walk without these documents. In most European countries a man has not been free to stay overnight in any place without immediately reporting to the local police department his sleeping place and every change of address.

It is possible that some good may be derived from such regimentation. Of course, it is not of much use in fighting crime and prosecuting criminals. A murderer in hiding will not shrink from violating the law requiring a report of any change of address.s In defending their system the bureaucrats become melodramatic. They ask the public how poor abandoned children could find their unscrupulous parents again. They do not mention that a smart detective might be able to find them. Moreover, the fact that there are some scoundrels cannot be considered a sufficient reason for restricting the freedom of the immense majority of decent people.

A profit-seeking enterprise is supported by the voluntary patronage of the public. It cannot subsist if customers do not pour in. But the bureaus forcibly acquire their “patrons.” That an office is approached by many people is not proof of its satisfying an urgent need of the people. It only shows that it interferes with matters that are important to the life of everyone.

The fading of the critical sense is a serious menace to the preservation of our civilization. It makes it easy for quacks to fool the people. It is remarkable that the educated strata are more gullible than the less educated. The most enthusiastic supporters of Marxism, Nazism, and Fascism were the intellectuals, not the boors. The intellectuals were never keen enough to see the manifest contradictions of their creeds. It did not in the least impair the popularity of Fascism that Mussolini in the same speech praised the Italians as the representatives of the oldest Western civilization and as the youngest among the civilized nations. No German nationalist minded it when dark-haired Hitler, corpulent Goering, and lame Goebbels were praised as the shining representatives of the tall, slim, fair-haired, heroic Aryan master race. Is it not amazing that many millions of non Russians are firmly convinced that the Soviet regime is democratic, even more democratic than America?

This absence of criticism makes it possible to tell people that they will be free men in a system of all-round regimentation. People imagine a regime in which all means are owned by the state and the government is the sole employer as a realm of freedom. They never take into account the possibility that the almighty government of their utopia could aim at ends of which they themselves entirely disapprove. They always tacitly assume that the dictator will do exactly what they themselves want him to do.