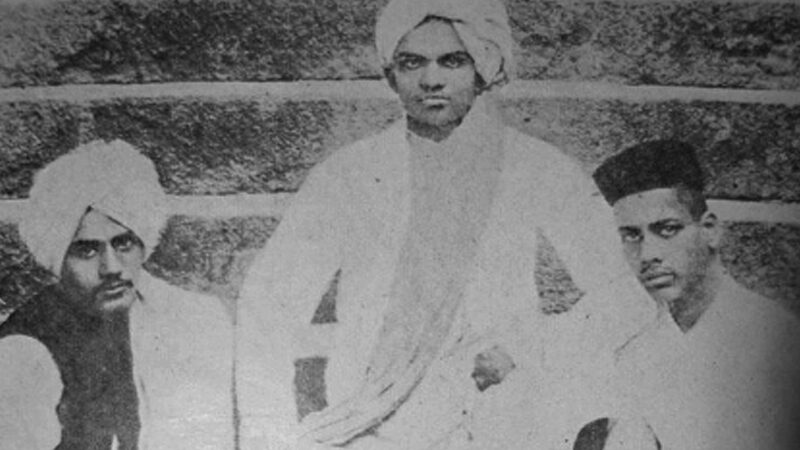 India won freedom due to the blood and tears shed by hundreds of nameless revolutionaries and their families who braved British barbarity and faced death, deportation, imprisonment and forfeiture of property. Freedom was certainly not won by pleas, prayers and petitions. It was won substantially by violent and armed struggle by revolutionaries, a process that culminated in the Naval Uprising of 1946. The struggle for freedom was carried out not only in India, but also abroad, by people such as Shyamji Krishnavarma, Veer Savarkar, Madam Bhikaji Cama, Barrister Sardar Singh Rana, Virendranath Chattopadhyaya, Sardar Ajit Singh, Lala Hardayal, Rasbehari Bose, Raja Mahendra Pratap and Champakraman Pillay. In this illustrious list of fiery patriots, Chapekar Brothers stands out for their sheer courage and supreme sacrifice.

About the end of 1896 plague assumed an epidemic form in Bombay presidency and the British mercantile community panicked lest it might reach the shores of the British isles and affect their commerce. The government of India was asked to pursue strong measures to stamp out the epidemic. A law was passed and special officers were appointed in plague-affected areas to fight the disease. Rand was posted to the city of Poona in February 1897 and lost no time in establishing a plague hospital and segregation or quarantine camps and starting a campaign to disinfect the affected localities.

British soldiers were used to implement the programme strictly. This caused no little harassment to the public when their houses were searched, their family worship-places desecrated, their household goods scattered or destroyed and their womenfolk very roughly handled. The plague officer Rand showed little deference for public opinion and his high-handed conduct came in for strong criticism from the local press.

The Kesari and other papers asked the people not to suffer quietly the oppression of Rand’s rule. The Chapekars could not remain immune to the propagandas. They wanted to terrorise the government officers. They felt that by celebrating the diamond jubilee of Queen Victoria’s rule, the government was adding insult to injury. They determined to take revenge and decided to kill Rand, the chief source of all the harassment.They procured weapons and watched Rand’s movements for a few days.

What happened next is history.