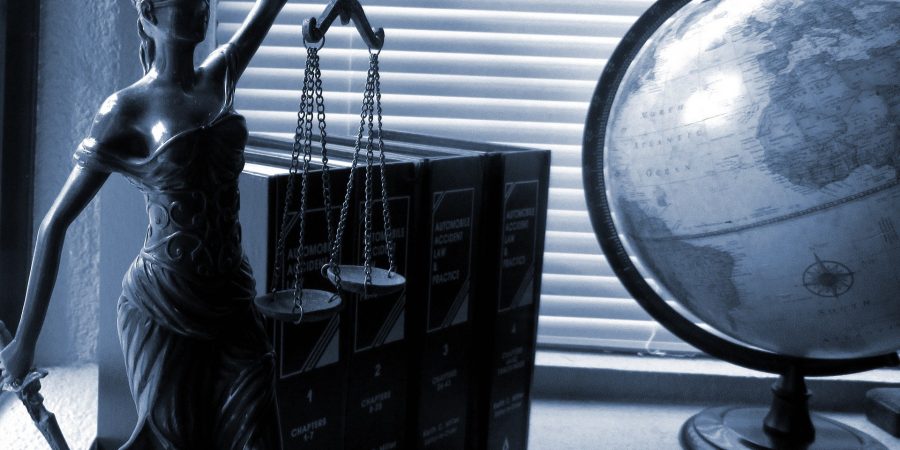 Opponents of market anarchism often ask with mockery about how the justice system will work absent the State, i.e., without a monopoly on “legitimate” violence. Although they think such a question is some sort of unsurmountable impasse, those who are well-read in economics can clearly conceive the unconceivable, and even defend what seems to be undefendable: a free-market justice system.

Life is given to Man, but not the means to sustain it. He will have to work (to act) to acquire them. But Man is not alone in the world: other men and women surround him, and those men and women also need to acquire the means to sustain their own lives. The root of social conflict becomes clear: the scarcity of resources and the infinity of desires.

If Jones wanted to use a certain good in a certain way, while Jack wanted to do something else with the same good, conflict can be engendered. However, Man, endowed with reason, can discover what is best for him and act to reach his ends. Violent conflict, being painful and costly, it would be in everyone’s interest to seek a peaceful resolution by means of arbitration in order to settle disputes between two parties or more. But since Man is equipped with free will, i.e., the freedom to choose, he can still choose to act irrationally and initiate force to reach his ends, otherwise, there wouldn’t be a need for a justice system.

Gustave de Molinari said in his groundbreaking The Production of Security that no matter the good or service, it is always in the interest of the consumer that labor and commerce should be free. Many economists gladly accept that markets do a better job than the government to allocate resources and satisfy individual wants under the tragic condition of scarcity. They think that free markets do a better job than governments to create cars, phones, and televisions, which is true without a shadow of a doubt. But if we don’t trust the government to provide us with cars, phones, or televisions, why should we trust it to provide us with one of, if not the most important service, which is a justice system, a body of rules to arbitrate conflicts?

Molinari also pointed out that market principles are either “completely true” or “completely false”. There is no in-between. One and one always equal two. As we shall see, the same market principles can be applied to the production of justice. The provision of arbitration is a service like any other, and just like any other service, it can be provided by freely-competing private enterprises.

First, what does it mean to have a justice system? Is it one court for a whole country? Or perhaps ten for every city? Where do we draw the line? Such questions might seem preposterous at first, but they show that “justice” is not a homogeneous entity. When making choices, which they do all the time, people do not compare absolute categories such as “labor” and “leisure”, but rather specific units (hours) of labor and specific units (hours) of leisure. Even if the government possesses a monopoly on legitimate violence, the question of how much security and justice should be produced will arise.

Statists will assume that without a government to collect taxes at gunpoint, there would be some sort of underproduction of justice. The argument does not and cannot hold water. If people value justice, they are willing to pay for it. If people are willing to pay for justice, then justice is an enterprise like any other, which means that it can yield profits. And if it is a profitable enterprise, it will attract competitors into the market, who will have an incentive to provide even better services to make money.

In a free market, the only way for a business to earn profits is by satisfying consumer demand, or in other words, creating value for other people and giving them what they want. Uncertainty and scarcity, two constant constraints of human life, will never seize to exist, and neither will dispute between different parties. Therefore, in a free market, we can anticipate the emergence of private arbitration agencies, i.e., businesses that make a living out of hearing disputes and settling them. Competition, being the rule of the market, will favor those agencies that have a reputation for being honest, just, and transparent. Now contrast this to the frequent corruption and bribes in public courts.

Wouldn’t a private arbitrator lie and take bribes also? Hopefully, they will. It is always fun to watch cronies collapse. A private business depends on the voluntary patronization of its clients. By taking bribes, a private arbitrator runs the colossal risk of having their reputation ruined. No reasonable customer would want to patronize an arbitration agency with a bad reputation, especially when there is a wide variety of agencies to choose from.

As for security, it can be provided by private insurance companies who will charge premiums to “buy their customers’ risks” and compensate them when they get in trouble. “Competition” will compel those insurance agencies to impose strict conditions on individuals who seem to be great risks or even completely avoid them. In practice, those risky individuals are those who are more likely to commit acts of aggression (thieves, drunkards, drug addicts, etc.), thus disincentivizing risky behavior.

It’s easy to imagine what would happen if two clients of the same insurance company got into trouble. Each client will make his case in front of the agreed-upon arbitrator (they signed a contract), and the arbitrator will make a ruling. So far so good.

But what would happen if two clients of two different insurance companies got into a dispute? Contrary to statist mythology, “war” would not erupt. As mentioned before, violent conflicts are very costly and capital-consuming, whereas private businesses are profit-seeking. If there emerges a dispute between clients of two different insurance companies, it would be in both companies’ interest to solve the conflict peacefully by agreeing on an arbitrator instead of slitting each other’s throats. And since the market for insurance and the one for arbitration are heavily interconnected, different insurance companies can agree beforehand together on which arbitrator to rely on. They won’t do it out of sheer, selfless altruism, but out of self-interest. In a free market, the only way a business can make money is by creating value for others and giving people what they want, not by destroying it recklessly.

And what if a guilty rascal refused to acknowledge the arbitrator’s authority? Will he be seized by some sort of caricatural “McPolice” and thrown into the Jeff Bezos prison? Possibly, but most likely not. Ostracism is a far more efficient venom. A criminal (who “actually” committed a crime) who refused to compensate his victim would have his insurance suspended. If he did not have one, the court can still see to it that businesses serving the criminal stop doing so since he is a dangerous and despicable individual that no one wants to have around. The press can also make sure to spread the news. Ostracism carried to its full potential, can kill even the most powerful politician. Good luck surviving on your own, Jack; there’s a reason why people trade instead of relying on themselves all the time. Even if the criminal has not compensated the victim, the latter’s insurance agency can make amends.

That said, government-provided justice is a contradiction in terms because “government” is founded on coercion. To collect revenue, the State relies on compulsory levies. Anyone who refuses to pay will be met with force and sent to jail. Moreover, since the State lacks competitors, it has a monopoly on the production of justice. We all know what happens whenever there is a monopoly on anything: consumers pay higher prices (that aren’t necessarily monetary) while the quality of the goods or services they receive keeps on degrading. The State thus leads to the erosion of justice instead of its preservation. By now, everyone is aware of the Beirut explosion that occurred in August 2020 and obliterated the entire city. Although those responsible for the disaster are known, not a single politician has been arrested. The words of Ludwig von Mises must guide us in these troubling times: whoever wishes peace among peoples must fight statism. The production of justice and security have always been seen as the main edifice of statism par excellence. This is mere mythology.