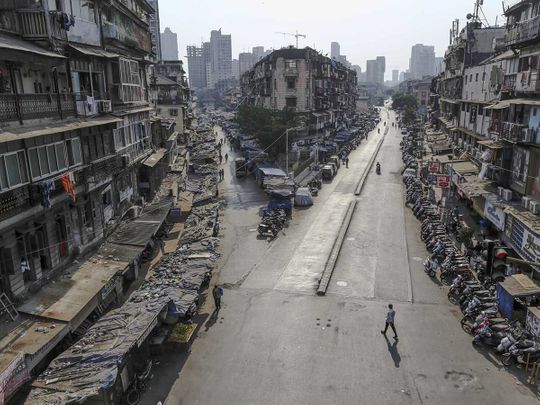 by Tyler Durden on Zerohedge

India has announced plans to ease a strict national lockdown even as the spread of COVID-19 shows no signs of abating. Restaurants, hotels, malls, and places of worship could reopen in the near term. Despite reopening plans, India’s economy is rapidly deteriorating, which has led to a significant decline in electricity generation.

Even before the two-month lockdown, India’s economy was decelerating and now faces the worst recession in four decades. The country’s economy could contract by at least 5% this fiscal year.

Economic paralysis has led to a collapse in electricity generation across the country, plunging 14.3% in May, compared with a 24% decline in April, a new Reuters analysis of government data showed.

The report said electricity demand was higher among households, as consumption among industries and commercial places was still widely depressed. Factories account for 50% of India’s annual electricity demand, which suggests operating capacity is still low.

India’s economic downturn will result in a decline in the country’s electricity demand for the next several years. Global rating and research agency CRISIL recently said it could take upwards of three years for the economy to get back to growth activity seen in 2019. This means India will not see a V-shaped economic recovery, but rather one that is more of a U or L-shaped.

CRISIL believes India’s economy will suffer a 10% permanent loss to real GDP thanks to the pandemic-induced downturn.

India will need fiscal support from the government this year to counter the recession. If policy support is limited, it means the downturn will increasingly get worse in the back half of 2020.

“While there is no doubt that India is facing a significant economic shock, the pace of recovery, if any, will be determined by the economic policy choices taken to ensure that the significant secondary impacts (job losses, reduced income levels, corporate defaults, rising NPLs (non-performing loans), rating downgrade, etc.,) can be contained,” UBS said in a report.

A few months before the virus outbreak spread across the world, we noted in late 2019 that India’s economy was collapsing in a piece titled “India In “Very Deep Crisis,” Witnessing “Death Of Demand,” Warns Former Indian FM.”

It just so happens that the global economy was slowing before the pandemic began — which has allowed governments and central banks to scapegoat the virus and deflect any attention from their failed policies to boost economic growth.