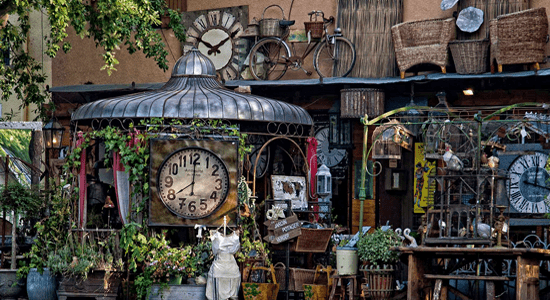 Translated from the original by Éric Verhaeghe

Bankruptcy is the old sea serpent of French public finances since the Capets came to power. It is also the risk of bankruptcy that sank the last of this illustrious family, Louis XVI, unable to reduce spending and public deficits and forced to the high seas to face an unmanageable situation.

Two hundred and a few years later, pedal boat captain Emmanuel Macron experiences a fairly similar situation: public spending is defended tooth and nail by the technostructure which does not want to tighten its belt, and the gap of a permanently expanding debt is growing at an extra-terrestrial speed. Bruno Le Maire (the Minister of Finance) has just added a layer. As things are going, the French economy will collapse as dramatically as the Soviet economy in its time.

What if bankruptcy punctuated Emmanuel Macron’s already heckled five-year term? All the ingredients are gradually coming together for the dreaded disaster scenario in terms of public finances (namely a new euro crisis due this time not to Greece but to France) to take shape.

We didn’t talk much about it in the end because the subsidized press has definitely given up on doing its job (€ 500 million in grants each year, it helps to blind ourselves), but the announcement is nonetheless explosive. Bruno Le Maire announced the scale of the disaster on Monday morning on France 2 : the public deficit will reach 9.4% of GDP in 2021.

Obviously, the minister used the usual technique to stifle the screeches that news like this should wreak from us. He left the pitch where he is a center forward to become a sports commentator, explaining why the state budget was so drained:

This deficit “is linked to three things: the first is that we are postponing a certain number of expenses from 2020 to 2021 (…), [then] because we continue to help a certain number of sectors and companies, even if we are going to phase out this aid gradually, and thirdly because part of the recovery plan has been disbursed ”

Translation: we explain to you what does not work, and there is nothing we can do about it.

Recall that initially, the deficit was to be only 8.5% of GDP, or € 20 billion less. That still makes 2 and a half Justice budgets that have just been swallowed up because of “three things”. You would think the money would be better spent in courthouses.

Recall that the 2020 deficit amounted to 9.2% of GDP. Despite the incredible stimulus announcements, which we have always pinpointed as false and populist, the worst is shaping up for taxpayers subjected to the caste of senior officials determined to make no effort to share the burden of the crisis. Time passes, and of the long-awaited recovery, we do not even see the tip of the nose.

In contrast, deficits are widening and no one knows how to finance them.

The day when Macron has announced the bankruptcy of the state

It went rather unnoticed there, too, but Macron did his buddies at ‘Challenges’ magazine, who campaigned for him in 2017, a favor by giving them a lengthy talk on the meaning of the state. There, he surreptitiously explained his technique for paying off debt:

As for public finances, we have to think the opposite of what we are doing today: set our growth objectives and give ourselves the means to achieve them. This does not mean endorsing any budgetary laxity whatsoever, but rather reinventing a rigorous framework for assessing the quality of public spending. (…) There is no fatality. Let’s aim for more growth, because this is the only path that allows us to aim for more social protection, more innovation, more investment in ecological transition, more equality and justice in our societies but also between continents.

Translation: we are not going to decrease public spending, we will simply increase growth (as if the excess public spending, which creates taxes and bureaucracy, does not kill growth). So here is a spending strategy based on an expectation of revenue.

Any household that gets into debt in France by explaining that it will repay with extraordinary salaries that it does not receive, but that it will receive one day, would be immediately red flagged by the Banque de France. But when it’s Macron speaking in front of the Toulouse School of Economics, the same reflex doesn’t seem to be a problem for anyone.

However, it must be understood that there is no difference in nature between the two arguments, which both lead to bankruptcy.

Another figure that has gone almost unnoticed: the growth figures for the first quarter of 2021. They are frankly bad since they show that France is in recession (but shhh! it should not be said in the name of national unity which demands that we all misled about reality by collectively chewing hallucinogenic mushrooms).

In itself, all this bad news could be put into perspective if Emmanuel Macron’s strategy was not to bet on the return of growth to get the state to float again. But since his whole strategy is to lie to the French for the umpteenth time by explaining to them that we can get out of the rut effortlessly, there is a problem now at the summit of the state.