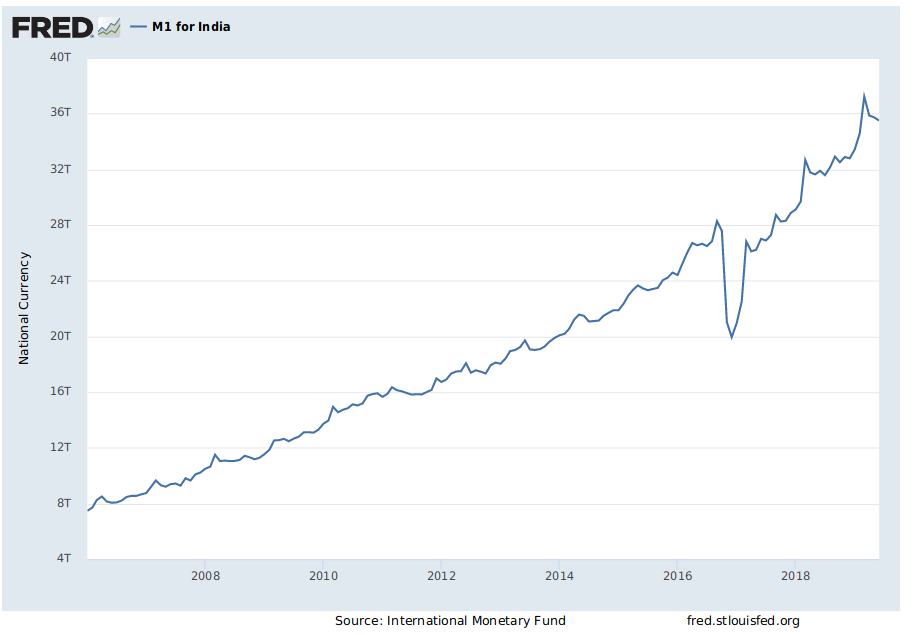 The Indian, and World economy, is entering in one of the worst phases of modern day recession right now. The warning signs of rapidly slowing Indian economy are everywhere. Auto companies are firing workers at a rapid pace and halting production. Even age old manufacturing company like Parle, which makes famous Parle-G biscuits, is firing 10,000 workers. GDP growth has collapsed and India has slipped to 7th place, from 5th previously, in global GDP ranking. The stock market has already lost 4000 points from its pre-budget high level of 40,000. Indian currency rupee has again touched a low of 72 rupees per dollar mark, and it is poised to go even lower. On the other side the precious metal Gold has gone ballistic to near 40,000 rupees per 10 gram level amidst this fear of a slowdown. Most major Indian commercial banks are drowning in debt. Big corporations are drowning in debt and buckling under debt pressure one after another.

Amidst this slowdown it is natural these days for businesses to ask the government for a helping hand. Industries are expecting a big “stimulus package” from the all-powerful Modi government. Dashing all these hopes of a quick rescue package, the chief economic advisor of Modi Mr. Subramanian said,

We have to be careful. Starting around 1991 till now, we are a market economy. In a market economy, there are sectors that go through a sunrise phase and then through a sunset phase. If we expect the government to use taxpayer money to intervene every time when there are some sunset then you introduce possible moral hazard from too big to fail and as well as the possibility of a situation where profits are private and losses are socialised, which is completely anathema to the way a market economy works.

Let us analyze what CEA said above.

His first claim that starting from 1991 till now the Indian economy is a market economy is ridiculous at best. Yes, Rao and Manmohan government did carry out some market oriented reforms back then when the economy faced a severe balance of payment crisis, but we can’t call Indian economy a market economy based on those few loosening regulation steps. A market economy is characterized by the presence of ‘private property ownership’. Do we have a ‘private property right regime in India? Not at all. State is the owner of all resources, especially the means of production. Ownership means a legal right of disposing of one’s property in whatever way one deems fit without physically harming others. It means the owner has the allodial right i.e., he is the final owner of his property and no other owner above him exists. In India we don’t even own our bodies. We all pay income taxes, which is nothing but modern day slavery of the state. We all pay property taxes on our property which means we are not the final owners of our homes, but just tenants of the state. India is a socialist country through and through. There is not one sector of the economy which is not either directly controlled by the government or regulated. Calling this economy a market economy is exhibiting ones ignorance about the economic subject.

His second claim that, in a market economy, there are sectors that go through a sunrise phase and then through a sunset phase is also fundamentally wrong. The boom-bust cycle is not a product of a market economy. On the contrary, it is a product of manipulation of market interest rate by government owned central banks (in case of India it is the RBI). I will advise the CEA to carefully study the Austrian Economics literature on Business cycle theory. As originally propounded by Ludwig von Mises, F A Hayek and Murray Rothbard, the artificial boom begins when the central bank artificially lowers the market monetary rate of interest.  This lowered interest rate sends a false signal to the entrepreneurs that more saved resources are now available for investment. The reality is exactly opposite to this.  Because the rate was lowered artificially by the central bank, and not naturally by the saving and consumption decisions of people, no such resources are available for investment. The central bank thus fools the businesses. This makes them commit the mistake of allocating their scarce resources in wrong lines of production e.g., away from consumer goods industry to long term capital goods industry. Now because the interest rate was lowered artificially by printing new money, the price inflation slowly picks up pace. Because high prices are a bad reality for political masters of the central bank, they ask it to reign in this price inflation. To do this it slowly starts to increase the interest rate again. This catches entrepreneurs by surprise because now they face higher production cost compared to a situation where interest rates were lower. They realize they made a mistake in investing resources in wrong lines of production and so they start to halt their production. The bust has arrived. Recession now begins to cleanse all past mistakes.

Now, the central banks are not products of a market economy as implied by the claim of CEA. They are the creatures of Jekyll Island i.e., they are created by the governments to fund their deficits, which they incur almost always for winning elections e.g., if we see the website of Indian central bank RBI then, under the head of “About Us” we find this statement:

Though originally privately owned, since nationalisation in 1949, the Reserve Bank is fully owned by the Government of India.

If RBI is fully owned by the government of India since 1949 then how can CEA blame the market economy for boom-bust cycles?

In a purely free market economy we will never have a central planning institution like a central bank. A system of free market banking based on 100% reserve standard and commodity money will, in fact, make sure that boom-bust cycles never take place.

In the light of above analysis we can now see why CEA is wrong in blaming businesses and the market economy for the problems that his own government and central bank has created. It is purely hypocritical of CEA to point fingers at others when he himself and his bosses are the culprits. If the government and RBI never interfered with the economy in yesteryears then today we will never have any recessions. Businesses then would’ve not needed any rescue or bailout package from the government. They will then never socialize their losses. If today businesses are asking the government for a rescue package then the government itself is to be blamed for this. CEA should stop blaming the businesses and go and advise his own government to stop messing up with the economy.