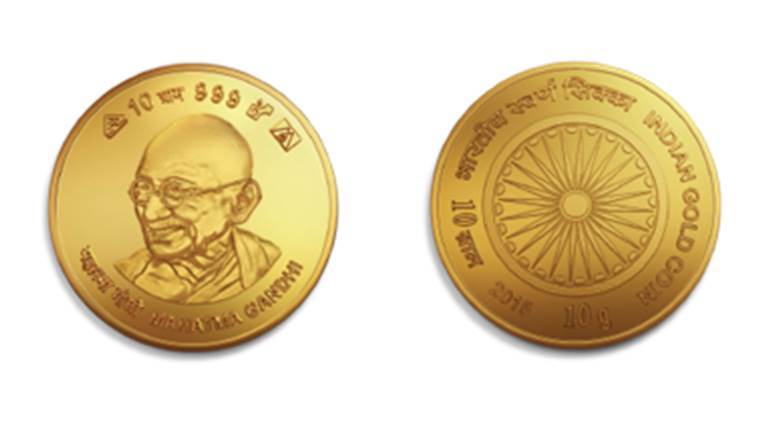 The title of this article epitomizes what the Austrian economist Ludwig von Mises (1881–1973) called the “sound money principle.” As Mises put it:

The sound-money principle has two aspects. It is affirmative in approving the market’s choice of a commonly used medium of exchange. It is negative in obstructing the government’s propensity to meddle with the currency system.1

It is impossible to grasp the meaning of the idea of sound money if one does not realise that it was devised as an instrument for the protection of civil liberties against despotic inroads on the part of governments. Ideologically it belongs in the same class with political constitutions and bills of right.2

Mises tells us that sound money is an indispensable line of defense of people’s liberties against the encroachment on the part of the state and that sound money is a kind of money that is not dictated by the state but is chosen by the people in the free marketplace. The world we find ourselves in is a rather different place. Our monies—be it the US dollar, the euro, the Chinese renminbi, the yen, or the Swiss franc—represent fiat currencies, monopolized by the state.

Fiat money is economically and socially destructive—with far-reaching and seriously harmful economic and societal consequences, effects that extend beyond what most people would imagine. Fiat money is inflationary; it benefits a few at the expense of many others; it causes boom-and-bust cycles; it leads to overindebtedness; it corrupts society’s morals; and it paves the way toward the almighty, all-powerful state, toward tyranny.

It is certainly no coincidence that “the state” has been expanding ever since the world adopted an unfettered fiat money regime back in the early 1970s, and that as a result individual liberties and freedoms have been under pressure ever since. The state feeds itself on fiat money. It simply issues new debt, which is then monetized by the its central bank, which is at the heart of the fiat money regime.

In their Communist Manifesto of 1848, Karl Marx (1818–83) and Friedrich Engels (1820–95) compiled a list of measures necessary to establish communism. Measure number 5 reads as follows:

Centralisation of credit in the hands of the state, by means of a national bank with state capital and an exclusive monopoly.

Against this backdrop there should be no doubt that once the state has become the absolute ruler of fiat money, the door is open for it to grow bigger and bigger, eventually turning into the dreaded deep state. And the deep state, as we know well from history, has little regard for individual freedoms and liberties.

What needs to be done? Well, the challenge at hand is “Making Money Great Again”! This requires, first and foremost, ending the state’s money production monopoly and opening up a free market in money.  A free market in money means that people have the freedom to choose the kind of money they wish to use and that people have the freedom to provide their fellow men with alternative goods that may serve them well as money.

As things stand, however, a final solution to the “money problem” has not arrived yet—even considering the emergence of the cryptocurrency space. This is because the financial intermediation problem is still unsolved in the cryptocurrency ecosystem; we will come back to this issue in a moment.

But first let us address the question: How can we get from a state-controlled fiat money regime to a free market in money?

The first strategy is monetary enlightenment—informing the widest possible audience about the evils of fiat money and how it affects their personal lives, families, and communities. This also includes explaining to people that there is a superior and practicable alternative to a fiat money regime, namely a free market in money.

The second strategy is making progress in the field of alternative currencies and payment systems, especially in terms of technological disruptions and their economic profitability. This is the activity space for those among us who are propelled by entrepreneurial spirit.

The Limits of Cryptocurrency

The cryptocurrency community, the bitcoin community in particular, and also precious metals–based payment system providers have been making some headway in this area in recent years, but unfortunately victory has not yet been achieved.

For instance, bitcoin still has some scalability and performance issues. Currently, the bitcoin network settles a peak of around 350,000 transactions worldwide every day, and given its present configuration, it is presumably running at almost full capacity. By comparison, the German fiat money payment system alone processes more than 75 million transactions on average every business day.3 From the payment processing viewpoint, bitcoin cannot outshine fiat currencies yet.

What is more, a currency in a modern economy must provide for the possibility of financial intermediation (an issue I mentioned earlier).4 People typically demand payment or storage services for their money, or they want to lend and borrow money—irrespective of the kind of money they actually use. Often peer-to-peer is not enough, a third party is required.

Providing intermediation services outside existing state regulation is difficult. In fact, it would put an upper limit on the financial sophistication of any cryptocurrency. This is a heavy drag on their competitiveness compared to fiat currencies. And if a cryptocurrency comes out into the open space, it will have the state breathing down its neck, drowning it in business-destroying regulations and restrictions. Because the financial intermediation problem is still unsolved, one has reason to remain skeptical that—given the current circumstances—existing cryptocurrencies will succeed in pushing aside the state and replacing its fiat currency just like that.

Precious metals suffer from similar problems. In many countries, the state subjects gold and silver to value-added taxes and/or capital gains taxes. This makes them uncompetitive versus fiat currencies in terms of using them in daily transactions.

The Key to Free Market Money Is Deconstructing the State

In fact, is it possible that a free market in money can ever emerge as long as there is the kind of state we know today? The state is, as most of you probably know, the territorial monopolist of ultimate decision-making with the right to tax its citizens. We can rightfully expect that this kind of state will do its best to crush any competitor to its fiat money and prevent a free market in money from emerging.

So if we want a free market in money, the sobering logical conclusion is this: we need to reform, to deconstruct, the state (as we know it today).

Now the uncomfortable truth is out, because the state is possibly the fiercest adversary you could choose. How can we hope to achieve victory?

Well, there is certainly no magic spell. One possible and straightforward strategy might be appealing to people’s inner self, and that is their right to self-determination.

The right to self-determination is inalienable and it is an indisputable truth. Each and every individual is the owner of his or her body and the owner of goods acquired in nonaggressive ways (without violating the physical integrity of someone else’s property). We cannot dispute these words without causing a logical contradiction.

The right to self-determination implies that the citizens of a state have the right (1) to make it known, by a freely conducted plebiscite, that they no longer wish to be members of the state and (2) to form an independent state or to attach themselves to some other state. In other words: the right to self-determination includes the right of secession, that is, people’s right to break up the big state and to deconstruct it into smaller units.

Smaller political units are less powerful, more peaceful, and free market oriented. They keep taxation low, or may even go without it and become wealthier. Just think of, e.g., Shanghai, Hong Kong, Switzerland, Liechtenstein, or Monaco. This is because small political units must compete for capital and talents with other political units. They must behave themselves nicely. Otherwise, people and capital will leave their territory. Given a great number of small political units, there is a good chance that some of them will allow for, even encourage, a free market in money, setting an example that creates emulators.

It is hard to say which route would be the most effective in “Making Money Great Again.”

Perhaps the cryptocurrency community will somehow succeed in ending the state (as we know it today), leaving a truly free market in money in its place.

In the meantime, however, it certainly would not hurt if we (1) kept educating the wider audience about what good money is and what bad money is and also (2) kept unmasking the state (as we know it today), showing that it is incompatible with and a violation of the inalienable right to self-determination of each and every human being.

In any case, it is of the utmost importance to wrest the money monopoly out of the hands of the state. Otherwise, there is indeed little hope that the free society (or what little is left of it) can survive.