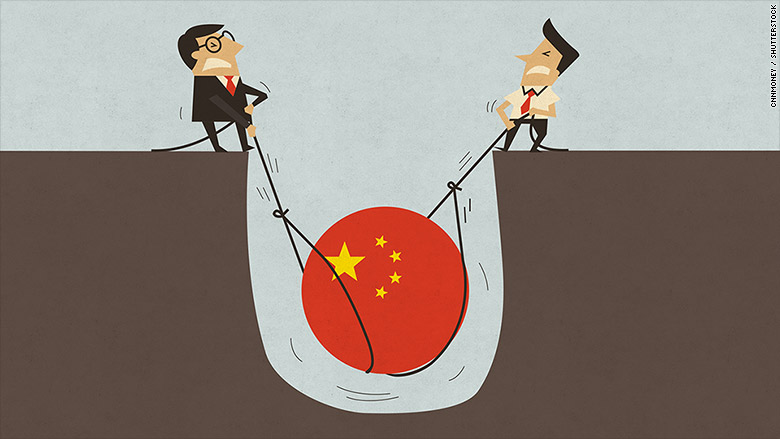 By Daniel Lacalle on Mises.org

The most recent macroeconomic figures show that the Chinese slowdown is much more severe than expected and not only attributable to the covid-19 lockdowns.

The lockdowns have an enormous impact. Twenty-six of 31 China mainland provinces have rising covid cases and the fear of a Shanghai-style lockdown is enormous. The information coming from Shanghai proves that these drastic lockdowns create an enormous damage to the population. Millions of citizens without food or medicine and rising suicides have shown that the infamous “zero covid” policy often disguises mass population control and repression.

It is easy to use the covid-19 lockdowns as the reason for the weakening of the Chinese economy but that would be a gross simplification. The problem is deeper.

China is going through a severe slowdown caused by the burst of the enormous real estate bubble and the crackdown on the private sector, which has led to a cut in investment growth.

According to Nomura Research, China faces the worst slowdown since the covid outbreak in 2020 and the world should be worried about a further slide, as the challenges persist. Official gross domestic product (GDP) figures may be massaged to deliver the government’s target, but all other macro figures point to a much weaker growth.

We must remember that there are two ways in which the Chinese government “boosts” real GDP: By publishing a low inflation and GDP deflator figure and by massively increasing credit and infrastructure spending. However, those two cannot disguise the importance of the weakening of the Chinese economy, because it is now structural.

To add to a difficult real estate problem, the government crackdown on the private sector makes it even more difficult to boost growth in other industries and businesses. The fear of constant political intervention is leading to a massive slowdown in foreign direct investment growth as well as fear of deploying capital and taking risks in the Chinese economy only to suffer grave penalties from the authorities when profits arrive.

The extent of the deterioration of the Chinese economy is evident in the recent leading indicators. The Caixin China General Manufacturing Purchasing Managers’ Index (PMI) slumped to a twenty-five-month low of 48.1 in March 2022, signaling contraction. The Caixin Services PMI plummeted to 42.0 in March from 50.2 in February, dropping below the level that separates growth from contraction. This reading indicates the sharpest activity decline since February 2020.

The political intervention in the technology sector, which is one of the leading job creators in China, has sparked fears of frozen headcounts and layoffs, according to various media reports. Additionally, the decision of the central bank to cut reserve requirements for banks has not avoided a significant decline in credit growth, as reported by JP Morgan.

To all this we must add a currency, the yuan, which is used in less than 3 percent of global transactions, according to Reuters, due to the extreme capital controls and the exchange rate fixing imposed by the central bank. Confidence in the local currency is low due to the extreme intervention on the currency market, which is preventing China from having a truly international means of payment.

China’s high debt is also a problem. Total debt stands above 300 percent of GDP, according to the Institute of International Finance. The European Central Bank (ECB) points out that China’s debt-to-GDP ratio for the entire private sector now stands at over 250 percent and the corporate component of this debt is the highest in the world. The ECB points also to the risk created because a “significant proportion of funding is supplied to the corporate sector by non-bank financial institutions” leading to higher risk taking and a shadow banking system that leads to large inefficiencies and solvency challenges.

The aggressive and misguided lockdowns are affecting supply chains and activity, but the structural problems of rising intervention in the currency and industries, as well as a heavily indebted economy, are likely to drag on real growth and jobs for a long time.