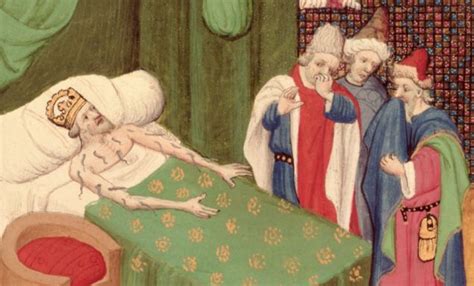 The Black Death ravaged Europe, starting in Italy, in the middle of the 14th century. Substantial percentages of entire populations died—estimates range between thirty and sixty percent. Maybe 75 to 200 million people.

Would it have made any difference for overall living standards if Spain could have tapped on its subsequent influx of gold from Central and South America? That is, would the substantial increase in the money supply have somehow mitigated the adverse economic consequences of the plague?

The short answer: No. Production had declined because there weren’t as many people around to produce. More gold would be chasing fewer goods and services, a sure-fire recipe for inflation. Indeed, prices would have risen without the new gold, because the same amount of money would be chasing fewer goods and services. More gold would mean even higher prices. There is no evidence that inflation is a source of higher productivity, then or now.

The Spanish were the first bringing the gold to Europe. They would have been “first-spenders.” They, in effect, would be the beneficiary of what is called an “inflation tax on money” or “seigniorage.” This is how governments throughout history have been able to command resources by printing and spending new money.

In other words, the gold-influx redistributes claims over a shrunken economic pie from the rest of Europe to the Spanish. Sure, people would have had more money but the Black Death shrunk the pie, regardless of how much new money they have.

Jumping forward almost seven centuries, what parallels can we draw between the Black Death and the coronavirus? The fatality rates are obviously different, but that’s beyond the focus of what follows. The COVI-19 virus has resulted in production facilities being shut down, movement of people is restricted, and people are urged to “stay home.” This shrinks the economic pie. People aren’t dying, but because they’re not producing they’re “dead” economically.

Amazingly, the government’s response to the shrunken economic pie parallels my experiment with the Black Death. Like dogs returning to their vomit, government does what it does best: spend other peoples’ money for the supposed benefit of yet other people. Like the new gold, The Federal Reserve System floods the economy with new money and competition ensues to come up with spending boondoggles.

Oh, sure, handing out billions of dollars via various spending boondoggles ostensibly targeted at those hit hard by the decline in national income may give the impression of having avoided the cost. Ditto for having the Federal Reserve System flood the economy with new money.

No matter how you slice it, however, the pie is still smaller. That won’t change until production facilities reopen and people are allowed to move around. At best, the boondoggles and new money redistribute claims over the now smaller economic pie. They don’t avoid the cost of lost production.

The boondoggles do provide political cover for those enacting them. An electorate unschooled in economics falls for their hook, line, and sinker—seemingly every time. So it is with our government’s attempt to offset the consequences of shutting down economic activity. Lots of pomp and circumstance signifying nothing save the creation of yet more spending constituencies feeding at the public trough.