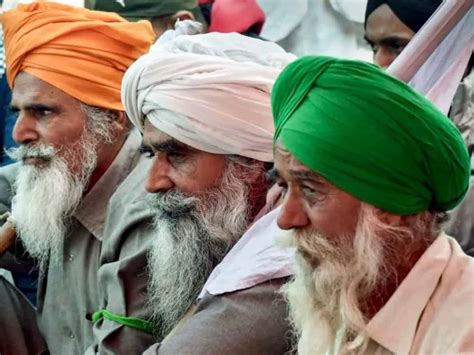 Originally published by Vidyut on Aamjanata.com under the title ‘What is Khalistan and why are Sikh farmers being called Khalistani terrorists?‘

With ILR edits for readability.

Brief ILR comment : We are not particularly convinced about the ‘legitimacy’ of the ‘farmers’ movement, as expressed by the author below. The article is still worth reading, to understand how bad jokes by the government perpetuate themselves to the point where they could actually turn into into reality.

Khalistan, to put it bluntly, is like Hindu Rashtra, except for Sikhs. In reality, both Sikhs and Hindus are living in a secular India and hardly any Sikhs are interested in Khalistan anymore. When India got independence and Pakistan was created, the states of Punjab and Bengal got split with parts in both countries. A similar thing happened with Kashmir with Pakistan occupying a third of the state. These were people with a shared history, a shared culture, now belonging to entirely different countries.

The remnants of all three states feel that affinity and at various points, it has put them in conflict with the country they belong to. Kashmir has a separatist struggle. The very creation of Bangladesh happened because they had more in common with the Indian Bengalis across the border than the distant West Pakistanis. To oversimplify matters enormously, they chose to seek help from the familiar for their independence. In Punjab, the Sikh community in particular wanted to be reunited and the idea of Khalistan was born – the land of the Khalsa. A new country comprising of the Punjabs from both India and Pakistan, reunited into a homeland for the Sikhs by restoring area of the original Sikh state before the British Raj. But here is the thing. There weren’t that many Sikhs. Unlike Pakistan or India or Kashmir, there was no overwhelming majority of Sikhs. There simply wasn’t enough momentum. It was mostly an idea, like some Tamils, revolted by the more mainland traits may talk about a separate Dravid nation. It is just talk.

As romanticized struggles for independence go, it gained momentum in the 1980s under Jarnail Singh Bhindranwale and they gave it their best and overcompensated with militancy what they lacked in universal support in the state. Much of it was crushed in Operation Bluestar with the remnants being mopped up over the next decade or so. In this, India’s actions too resulted in the loss of lives of innocents, which created further rage against India. Indira Gandhi was assassinated by her Sikh bodyguards in revenge. And then more Sikhs were massacared in a grieving, raging retaliation. Who was right and who was wrong, etc can be argued at another time as can the basic right to self-determination (in case any Khalistan supporters are reading this). It is not the point right now. The point is it happened over two decades ago, it was bloody and brutal and there were no winners.

And it is over. At the moment, there is no Khalistan freedom struggle going on. There is no popular support. Those farmers are on the streets, because they are pissed with the farm bills and with good reason. But I get ahead of myself. Let us arrive there together.

The reason for the government’s current paranoia (or more likely, propaganda) is Sikhs for Justice (SFJ). It is an organization in the US that advocates the formation of Khalistan. Understand this. It is on an entirely different continent, though Punjab is for Sikhs like Israel is for Jews. There will always be people who want a Khalistan, just like there will be Tamils dreaming about a Dravid nation or Hindu nationalists dreaming about a Hindu Rashtra. It doesn’t have mass support, but it is a romanticized idea in which minds can seek refuge when an unjust reality pisses them off. It is the same sentiment that drives regional pride like “Gujarat ki Asmita”, etc. It is largely a sense of loyalty to identity, it can get ugly sometimes, but for the most part, it is just a way of claiming to be distinct and proud.

Sikhs For Justice intended to do what they call a referendum 2020 – and organized a campaign around that. I won’t describe those actions here, since the government has blocked their website in India, so I assume it won’t appreciate the information being published for Indians to read and given the government’s tendency to arrest first and ask later, I’ll give this one a pass – it isn’t all that interesting beyond the name. Regardless, the pandemic put paid to that and the latest word is some vague 2021 or 2022 – I didn’t pay that much attention.

Supporters of the government are insisting that support for the farmers protests is a part of their plan for their referendum on Khalistan. This is where all the accusations about Disha Ravi being in touch with terrorists come from. Other nutcases who apparently think the whole world is limited to Twitter have analyzed twitter handles and such and come up with the astonishing conclusion that anti Hindutva activist Pieter Freidrich is supporting the Khalistanis and then there is looking at which Indian activists follow him and so on. It is all very esoteric wannabe intelligence ops sounding.

The more likely reality is that people who tend to gravitate around causes related with human rights tend to dislike Hindutva. So it is hardly difficult to find familiar faces among those who don’t want Indian Muslims targeted and those who don’t want farmers exploited or don’t like deforestation. Put it in a world context instead of India context and you would find such people including those outraged by the anti-Sikh massacres and the Gujarat Riots and the people of Tibet. It is a similar sentiment that drove Indians to insist that Black Lives Matter when there isn’t even such a thing as an African Indian population. Birds of a feather flocking together. It is a very very long jump to another planet from here to people planning terrorist attacks or even endorsing terrorism. Doesn’t help that they are bleeding hearts to begin with. Not a good character trait for planning terrorist attacks. Even objecting to injustice against Sikhs is vastly different from creating a country altogether. It makes about as much sense as anti-deforestation activists wanting a separate country for trees.

This whole argument is flawed and wrong and is doing harm to Disha Ravi, people targeted by the state and farmers and ultimately the state itself, when it dismisses aggrieved farmers as a terrorist conspiracy and adds injury to that insult, by denying them their legitimate demands. It is actually more likely to make them want to reject the Indian state than anything someone on another continent can do.

But what about the analysis about the links with Khalistan?

I see your amateur Twitter analysis and give you the god of Google. If there was ANY interest in Khalistan, it would be reflected in what information people search for.

Here is what BJP propaganda did to the interest in Khalistan:

But what was all this increased interest in Khalistan looking for? Here is a list of all the organic searches Google could find for “Khalistan”.

There is NOTHING beyond idle curiosity and that one campaign for referendum 2020 on another continent and blocked in India. Nothing. Just curiosity. What is it, what is the flag, is it good or bad, blah blah blah and terms actually promoted by the government like slogans of Khalistan in farmers protest or khalistan samarthak, etc.

You want to see what information is seeked about an actual separatist movement, try searching for terms like Kashmir, or Balochistan or Palestine. The terms searched for will have enough terms screaming defiance at whatever applicable state. There would be regularly updated content about injustices. Not just curiosity. Rage. One doesn’t go on an evening walk and decide to make another state while they are at it. These things build. There is momentum. There is rage. If there was ANY serious organization or communication going on regarding a demand for Khalistan, hard to do propaganda or mass outreach in a way that separates an entire state from a country, while sitting on another continent but Google hasn’t heard of it. There is no fricking separatist conspiracy going on. You aren’t living in the 1980s anymore. Stop PUSHING Sikhs into rejecting the state with insults and damaging policies and actually creating a perception that there is something bigger out there for them to join.

It is over. Shiromani Akali Dal (SAD) has even done time in the ganga that collects all sin – National Democratic Alliance (NDA) as a BJP ally and has parted ways only because of the farmers protest. You think they could do that if there was any mass movement for Khalistan going on? Or would they be issuing statements like “not afraid of pro-Khalistani groups” if there was any group with the teeth left? They get votes from the public. They are supporting the farmers protests. But they would not have afforded being in the NDA at all if there was a plan for Khalistan going on.

And an even bigger proof would be the propaganda itself. If intelligence agencies were really worried about a push for Khalistan, last thing they would want is the government promoting it. BJP campaigns reach a lot more people than some underground group would. If there really was a risk, there is simply no way the issue would be allowed to be publicized for discontented Sikh farmers to find and go enroll.

This is your government pointing to your fellow citizens and calling them terrorists, so that you may attack them and help the government deny them their rights. No more, no less.