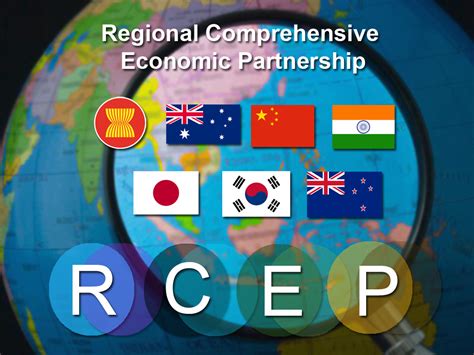 Here’s the kicker about this RCEP hoax : it is NOT about free trade at all !

Here’s what Murray Rothbard had to say when the topic of NAFTA came up in the USA :

If authentic free trade ever looms on the policy horizon, there’ll be one sure way to tell. The government/media/big-business complex will oppose it tooth and nail. We’ll see a string of op-eds “warning” about the imminent return of the 19th century. Media pundits and academics will raise all the old canards against the free market, that it’s exploitative and anarchic without government “coordination.” The establishment would react to instituting true free trade about as enthusiastically as it would to repealing the income tax.
In truth, the bipartisan establishment’s trumpeting of “free trade” since World War II fosters the opposite of genuine freedom of exchange. The establishment’s goals and tactics have been consistently those of free trade’s traditional enemy, “mercantilism” — the system imposed by the nation-states of 16th to 18th century Europe. President Bush’s infamous trip to Japan was only one instance: trade policy as a continuing system of maneuverings to try to force other countries to purchase more American exports.

Some more quotes from this book by Manuel Ayau :

Free trade requires no treaties. All that is needed is to remove (unilaterally or multilaterally) artificial barriers to trade: England did this in the mid-nineteenth century, Hong Kong in the mid-twentieth century.

In 1789, the Constitution of the United States need just fifty-four words to establish free trade among the states. NAFTA, the “free” trade agreement between Canada, Mexico, and the United States has two thousand pages, nine hundred of which are tariff rates.

The sheer size of these trade agreement with their myriad stipulations and controls–such as rules of origin and the corresponding inspection, verification requirements, and the interference in sovereign affairs such as labor laws–belie their name.

Trade agreements are filled with “exception.” A favor is protection from foreign competition for those who wield political influence through vested interests, typically the producers of essential items.

Rather than free trade these agreements create a regime of managed trade and, not least lots of expensive useless wealth-consuming jobs for bureaucrats.

Trade agreements have other detrimental implications. They discriminate against lower-cost imports from countries that are not part of the treat. Trade is diverted away from them to more expensive tax-exempt suppliers, in countries that signed that FTA.

Now, the importers of these higher-cost goods need more foreign currency to pay for them. And as a bonus, part of the tax revenue the government gave up with the tariff exemption winds up as income of the pocket of the favored supplier.

We repeat : Free Trade DOES NOT require treaties. Here’s Vilfredo Pareto, the economist who first talked about comparative advantage and international trade in the 18th century :

Here’s some further reading. Don’t fall for the scam.