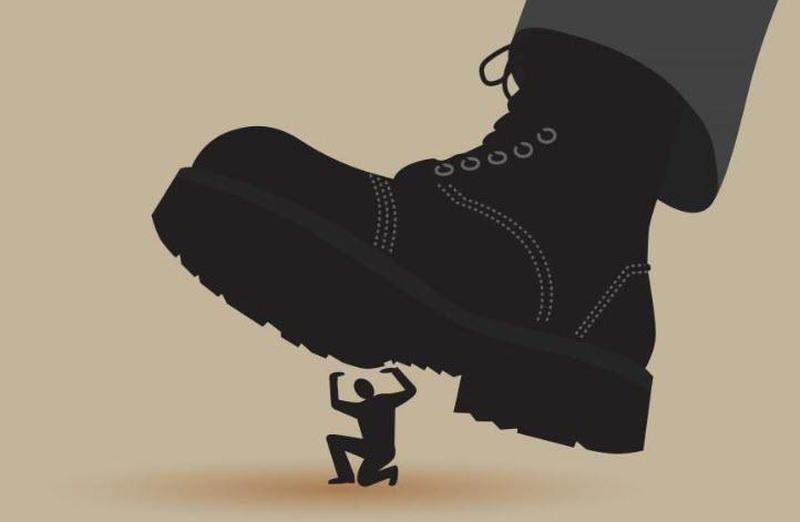 Authored by Jesús Huerta de Soto via The Mises Institute,

The deadliest virus is the institutionalized coercion which lies in the very DNA of the state and may even initially permit a government to deny the outbreak of a pandemic. Evidence has been suppressed, and heroic scientists and doctors have been harassed and silenced simply because they were the first to realize and expose the gravity of the problem. As a result, weeks and months have been lost, at an enormous cost: hundreds of thousands of people have died due to the worldwide spread of an epidemic which, in the beginning, the shamefully manipulated official statistics made appear less dangerous than it actually was.

The deadliest virus is the existence of cumbersome bureaucracies and supranational organizations, which did not manage or wish to monitor in situ the reality of the situation, but instead endorsed the information received, while offering constant support and even praising—and thus becoming accessories to—all the coercive policies and measures adopted.

The deadliest virus is the notion that the state can guarantee our public health and universal welfare, when economic science has demonstrated the theoretical impossibility of the central planner’s giving a coherent and coordinating quality to the coercive commands it issues in its attempt to achieve its pompous objectives. This impossibility is due to the huge volume of information and knowledge which such a task would require and which the planning agency lacks. It is also, and primarily, due to the fact that the institutional coercion typical of the agency impacts the social body of human beings, who alone are capable of coordinating themselves (and do so spontaneously) and creating wealth. Such coercion prevents the emergence of precisely the firsthand knowledge the state needs to bring about coordination with its commands. This theorem is known as the impossibility of economic calculation under socialism. Mises and Hayek discovered the theorem in the 1920s, and the events of world history cannot be understood without it.

The deadliest virus is the dependency and complicity shown toward the state by countless scientists, experts, and intellectuals. When authorities are drunk with power, this symbiosis leaves a manipulated civil society unarmed and defenseless. For instance, the Spanish government itself urged citizens to take part in mass demonstrations of hundreds of thousands of people while the virus was already spreading exponentially. Then, just four days later, the decision was announced to declare a state of alarm and coercively confine the entire population to their homes.

The deadliest virus is the demonization of private initiative and of the agile and efficient self-regulation characteristic of it, combined with the deification of the public sector in every area: the family, education, pensions, employment, the financial sector, and the healthcare system (a particularly relevant point at present). Over 12 million Spanish people, including—quite significantly—almost 90 percent of the more than 2 million government employees (and among them a vice president of the Spanish government), have freely chosen private healthcare over public healthcare. The doctors and nurses of the public healthcare system work hard and selflessly, and their heroic efforts are never sufficiently recognized. However, the system cannot possibly do away with its internal contradictions, its waiting lists, or its proven incompetence in the matters of universal prevention and the protection of its own workers. But, by a double standard, any minor defect in the private sector is always immediately condemned, while far more serious and flagrant defects in the public sector are viewed as definitive proof of a need to spend more money and increase the size of the public sector even further.

The deadliest virus is the political propaganda channeled through state-owned media and also through private media outlets which, nonetheless, are dependent on the state as if it were a drug. As Goebbels taught, lies repeated often enough to the population can be turned into official truths. Here are a few: that the Spanish public healthcare system is the best in the world; that public spending has continued to decrease since the last crisis; that taxes are to be paid by “the rich” and they are not paying their fair share; that the minimum wage is not detrimental to employment; that maximum prices do not cause shortages; that a universal minimum income is the panacea of well-being; that the northern European countries are selfish and unsupportive, because they do not wish to mutualize the debt; that the number of deaths officially reported reflects the actual number of deaths; that only a few hundred thousand people have been infected; that we are performing more than enough tests; that face masks are unnecessary, etc. Any moderately diligent citizen can easily verify that these are all lies.

The deadliest virus is the corrupt use of political terminology involving misleading metaphors to mesmerize the population and make people even more submissive and dependent on the state. We are told that we are fighting a “war,” and that once we win, we will need to begin the “reconstruction.” But we are not at war, nor is it necessary to reconstruct anything. Fortunately, all of our capital equipment, factories, and facilities are intact. They are there, waiting for us to devote all of our effort and entrepreneurial spirit to getting back to work, and when that happens, we will very quickly recover from this standstill. However, for this to occur, we must have an economic policy that favors less government and more entrepreneurial freedom, reduces taxes and regulations, balances public accounts and puts them on a sound footing, liberalizes the labor market, and provides legal certainty and bolsters confidence. While such a free market policy enabled the Germany of Adenauer and Erhard to recover from a far graver situation following World War II, Spain will be impoverished and doomed to move at idling speed if we insist on taking the opposite path of socialism.

The deadliest virus consists of the deification of human reason and the systematic use of coercion, which the state embodies. It appears before us in sheep’s clothing as the quintessence of a certain “do-goodism” that tempts us with the possibility of reaching nirvana here and now and of achieving “social justice” and ending inequality. However, it conceals the fact that the Leviathan thrives on envy and thus fuels hatred and social resentment.

Hence, the future of humanity depends on our ability to immunize ourselves against the most deadly virus: the socialism which infects the human soul and has spread to all of us.