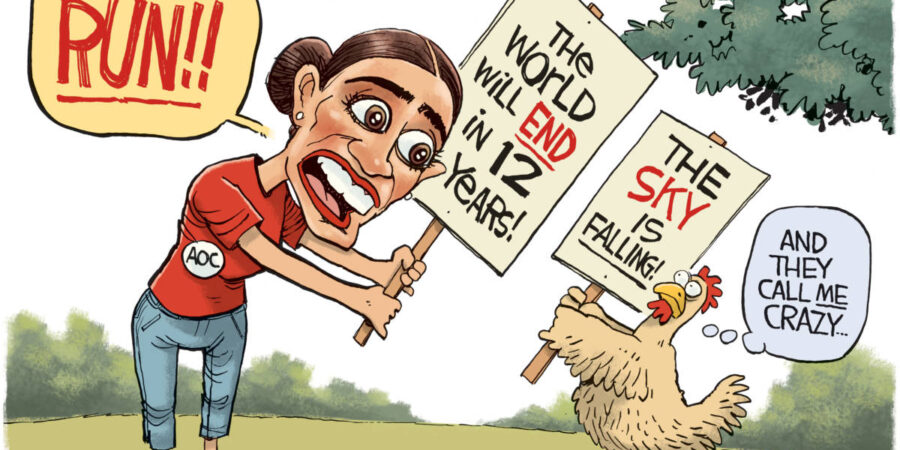 By the Issues & Insights Editorial Board

Fox News plans to start a 24-hour weather channel, and according to the Guardian, probably the looniest newspaper in Great Britain, “climate crisis researchers worry about the channel’s reach to perpetuate misinformation and advance political goals.” The alarmists actually have more to worry about than that. Their narrative continues to crash into reality.

To start with, how do they explain that three new studies show warming from ​​2001 to 2019 “was driven by increases in absorbed solar radiation, not human emissions”? Sure, the eco-activists will do what they always do: obfuscate, dodge, change the subject, and call out the “science deniers.”

They will do the same when confronted with the news that the last six months were the coldest on record in Antarctica. Just one of those places in a warming world, they say, where it happens to be more frigid than usual. Apparently we’re supposed to forget all that business about the continent, along with the North Pole, being “the ‘canary in the coal mine’ for detection of global warming.”

“As Antarctica holds about 90% of all the ice on the planet, what happens in Antarctica will have major effects on the rest of the world,” Discovering Antarctica, a partnership of organizations that includes the United Kingdom’s Foreign & Commonwealth Office, said some years ago.

More recently we were told that “Antarctica is headed for a climate tipping point by 2060, with catastrophic melting if carbon emissions aren’t cut quickly.”

Maybe the record-breaking winter in Antarctica is simply an anomaly on the way to that “tipping point.” But Richard Lindzen, professor emeritus of atmospheric sciences at the Massachusetts Institute of Technology, has noted that across the world “temperatures at any given location” are “almost as likely to be cooling as warming.” So while one region is warming (or cooling), another somewhere is cooling (or warming). It’s useless to argue otherwise. Of course if Antarctica had just gone through its warmest winter on record, the news would be filled with stories of how it’s irrefutable evidence of impending doom.

The alarmist narrative has also been beaten back by the facts, as the hysteria about “sea level, hurricanes, and other weather extremes,” is “based on the illegitimate cherry picking of starting dates for the trends,” says Lindzen.

Furthermore, the widely accepted, often-used assertion that says 97% of scientists agree that the climate and our earthly environment are in trouble due to warming is a blatant case of misinformation. Lindzen calls it “a bizarre fantasy” concocted through “various shenanigans,” and explained why this is the case in a National Association of Scholars essay.

This isn’t Lindzen’s opinion but a fact that others have recognized, as well. Mike Hulme, a professor in human geography at the University of Cambridge who “explores the idea of climate change using historical, cultural and scientific analyses,” says the 97% consensus article “is poorly conceived, poorly designed and poorly executed. It obscures the complexities of the climate issue and it is a sign of the desperately poor level of public and policy debate in this country that the energy minister should cite it.”

The global warming scare is more than three decades old, yet the disaster that’s been forecast on a nearly daily basis since the late 1980s has yet to arrive. That’s the reality, that’s the brick wall that the alarmists keep banging their heads into. That’s the fact they refuse to acknowledge.