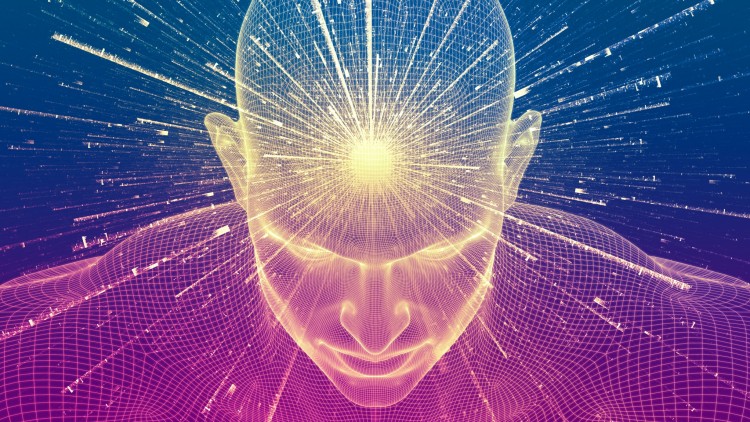 By Dylan Charles on the Waking Times

I’m going to begin this piece with a few quotes. First, two from ‘The Father of Public Relations,‘ Edward Bernays in his 1928 book entitled, Propaganda.

“If we understand the mechanisms and motives of the group mind, it is now possible to control and regiment the masses according to our will without their knowing it In almost every act of our daily lives, whether in the sphere of politics or business, in our social conduct or our ethical thinking, we are dominated by the relatively small number of persons who understand the mental processes and social patterns of the masses. It is they who pull the wires which control the public mind.” -Edward Bernays

“We are dominated by the relatively small number of persons who understand the mental processes and social patterns of the masses. It is they who pull the wires which control the public mind.” -Edward Bernays

Now a few from Israeli historian and adviser to Klaus Schwab of the WEF, Yuval Noah Harari, taken from videos of some of his recent speeches on the direction that transhumanism is taking.

“Data might enable human elites to do something even more radical than just build digital dictatorships. By hacking organisms, elites may gain the power to reengineer the future of life itself, because once you can hack something you can usually also engineer it.” -Yuval Noah Harari

“Now in the past, many tyrants and governments wanted to do it, but nobody understood biology well enough, and nobody had enough computing power and data to hack millions of people. Neither the Gestapo nor the KGB could do it, but soon, at least some corporations and governments will be able to systematically hack all the people. And if indeed we succeed at hacking and engineering life, this will be, not just the greatest revolution in the history of humanity, this will be the greatest revolution in biology since the very beginning of life 4 billion years ago. For 4 billion years nothing fundamental changed. Science is replacing evolution by natural selection with evolution by intelligent design. Not the intelligent design of some God above the clouds. But our intelligent design, and the intelligent of our clouds… the IBM cloud, the Microsoft cloud, these are the new driving forces of evolution.” -Yuval Noah Harari

“Today we have the technology to hack human beings on a massive scale… My brain, my body, my life… does it belong to me, or to some corporation, or to the government? Or perhaps to the human collective?” -Yuval Noah Harari

“We humans should get used to the idea that we are no longer mysterious souls. We are now hackable animals.” -Yuval Noah Harari

So, since you’re here and not yet there, why not take a moment to reflect on what it means to have your life hacked by such bold visionaries as Bernays and Harari?

Why not see if it is possible to undo some of the programming that makes you a hackable animal first and and a human being last?

Why not consider the possibility of shedding some of the programming that makes you easy to steal from, easy to manipulate, easy to deceive, and easy to control?

Why not examine the ways in which this deliberate attack on your behavioral sovereignty is already making you compliant in your own slavery and the derailment of the things which would make your life unique, interesting, purposeful and meaningful?

Why not bring your full attention to the situation in your own life to see if you can clear the clutter of so much behavioral manipulation from it?

Why not use this brief moment in time, in the transition from one major crisis to the next, to seek clarity within yourself about what you would do with your life without the clever suggestions and social engineering leading you astray from a life that suits YOU?

So many people I speak to and work with are stuck in self-defeating patterns of behavior that make it difficult for them to see through the present moment to find lasting solutions to their problems. They can’t seem to overcome self-destructive habits, and they can’t seem to make significant, meaningful progress towards their most important goals.

It makes sense that if you knew what was best for you, you’d do it. Easy peasy. But it isn’t that simple.

And because most people know what’s best for them, and they know what’s not serving them, you have to wonder why so many daily decisions, like whether or not to drink alcohol, eat junk food, or what action to take toward major goals, seem to be driven by a part of you that doesn’t want you to be healthy, wealthy, or to experience the success you deserve.

There’s an open secret in our world, and when you understand what’s really going on, it’s easy to spot this in play all around you, and when you do it gives you a chance at overcoming that part of yourself which always seems to pull you backward toward mediocrity.

The open secret has to do with how the human mind works, how predictable it is, and how easy it is to hack. Something both Harari and Bernays know very well.

Human beings will copy, repeat, imitate, and mimic whatever other human beings are doing, even if the behavior causes harm to themselves or others.

The reason for this is rooted in the scientific understanding that the subconscious mind is where 95% of all brain activity takes place. But it’s subconscious, that is, below your consciousness awareness. You don’t have cognizance of what is going on down there, even though it is a LOT.

Most people believe that their behavior, their choices, and the decisions they make are organic to them. They believe they are actively choosing based on their own unique preferences, however, science tells a different story, and it begins in the subconscious mind.

In order to get people to actively participate in the destruction of their future, and to acquiesce to restrictive measures and mandates… in order to get people to believe that war is the road to peace, that censorship is needed to protect freedom, and that surveillance is required to maintain sovereignty, they have to be trained to fear their autonomy and trained to relinquish their power.

Accomplishing this is rather simple when you employ that open secret I mentioned.

The functional, everyday result of almost one hundred years of deliberate, elite-managed mind control, behavioral modification, and social engineering is revealed as self-sabotage.

When people self-sabotage it means they engage in behavior that makes it difficult or near impossible to reach their potential and access the full gifts of their personal power. They do things which take them further away from their dreams and best life, even though they know well enough that they can do better. It’s a self-destructive cycle which leads one down into the lowest levels of consciousness: shame, guilt, apathy and resignation.

Because this type of behavior originates in the subconscious mind, they don’t do this intentionally. It happens below the level of conscious choice, automatically, where deeply embedded programs run. This is where the mind control really lives.

When people are stressed, as we all are, and when they are afraid, as many of us are, and when they are poisoned, as most of us are, the brain defaults to lower modes of thinking. In this state we simply don’t have access to our full intelligence, creativity, problem-solving ability, and ingenuity. We’re triggered physiologically into what is known as fight-or-flight mode, which shifts our priorities toward overcoming our immediate need of security, safety and fulfillment. We focus on the immediate danger, and seek instant gratification and relief from the feeling of fear.

When the brain is in fight-or-flight, which it almost always is these days, functioning below it’s full capacity, we automatically seek the perceived safety of belonging to the majority tribe. To venture above and beyond what the tribe is doing would mean taking the risk of being attacked by that tribe in addition to the other threats we sense.

Below the high IQ center of the brain our motives change from self-realization to group adherence and social conformity. We look for signs about what the group is doing, and the subconscious mind tells us that emulating them is the safest thing to do, no matter if it is self-destructive, senseless, stupid, immoral, or dangerous.

It scans our environment looking for repetitive clues as to how to act. And this is where the mind control really reveals itself.

Look around. Our environment is loaded with repetitive negative messaging coming from corporate media, Hollywood, TV, government and the corporate profiteers. So much of it tells you to destroy yourself with drugs and pills, to degrade your body with surgical modifications, to ruin your family with chaos and dysfunction, to pollute yourself with crap food and caffeine, and to avoid being wealthy or self-reliant.

If a person automatically, and against their natural desire for success and happiness, does things which restrict their potential in life, they become a non-threat to the elite people and systems which are counting on mass acquiescence and obedience in order to lead us all into the corral of techno-slavery. To guys like Bernays and Harari who believe that you are their cattle to corral, control and cull.

I expand greatly on these subjects in an upcoming live zoom event entitled Crack the Code of Self-Sabotage. Part one is a deep dive into why we self-sabotage, and part two covers the most common types of self-sabotage and gives you very concrete, practical, effective tools to completely turn your life around.

It’s a topic that fascinates me, because in the past, self-sabotage was my way of life. It’s taken me years to understand why I did the things I did to myself, and of all the healing and transformational modalities I’ve engaged in on my journey of self-mastery, this is hands down the most useful and transformational information and skillset I’ve employed. I want to share what I’ve learned with you, so please join me. It’ll be your best opportunity to experience a Great Reset in your personal life, and to align yourself purpose and power to reach your potential.