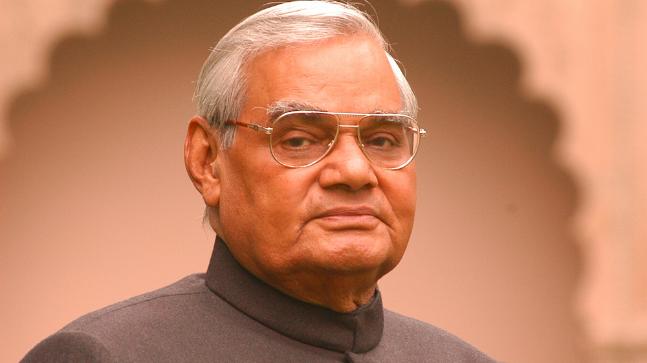 By Atanu Dey on his blog

I respect two former prime minsters of India — Shri PV Narasimha Rao and Shri AB Vajpayee. If only they had had the mandate to make those fundamental changes that they wanted to make. Both, unfortunately, did not have the necessary popular support in the parliament. And equally unfortunately, those prime ministers who did have massive parliamentary support did not have the vision to put India on a path to prosperity. Indians collectively suffer very bad karma.

But I am thankful for small mercies. Today I learned that Shri Vajpayee supported the right to self defense and wanted Indians to have the right to bear arms. (Hat tip: Akshar Prabhu Desai.)

The Nehru government passed the Arms Act of 1959, which imposed more stringent gun control laws than the British had during their raj. Vajpayee was the only one who stood up against Nehru and dissented. Nehru, like his mentor Gandhi, was a tool of the British.

“The present Bill seeks to repeal the Indian Arms Act enacted by the British rulers eighty years ago with a view to disarm the whole nation. Apart from the consideration of safeguarding the Empire, this policy of depriving the whole people of arms was motivated in the main by a sense of deep distrust and an attitude of contempt towards the Indian people. I am sorry to note that even after twelve years of independence, the present Government have not been able to shake off completely the legacy of their predecessors. The present Bill as by the Joint Committee is an improvement on the original Bill no doubt, but traces of this distrust linger still, and restrain the Bill from going as far as it should. Hence this note of dissent.

“The right to bear and carry arms is an inviolable and sacred right of every free citizen and though this has not been included in the list of fundamental rights enumerated in the Indian Constitution, the right of self defence accepted and guaranteed by the Indian Penal Code implicitly acknowledges the right to possess arms. Since India is not in a position to run into a race of armaments with big powers, or their satellites, surrounding our boundaries and having hostile and expansionist designs against us, the only course open for us is to arm our people and make military training compulsory for all adults and able-bodied citizens….

“….The present Bill seeks to liberalise the licensing provisions, but the liberalisation is very halting, the procedure of securing a license still remains irksome and dilatory and the license-seeker left to the whims and caprice of the bureaucracy….”

Let’s stress this bit. Vajpayee said, “… by a sense of deep distrust and an attitude of contempt towards the Indian people.” That sums up Nehru’s attitude precisely. That Nehruvian legacy continues even today.

The day Indians get themselves the equivalent of the 2nd Amendment of the US Constitution, that will be the day that they will take a step toward being free. Will they? I have my doubts.

Shri Vajpayee was a good man. May his spirit live on. Om Shanti.

Note: The US Second Amendment, part of the Bill of Rights which was adopted in December 1791, reads:

A well regulated Militia, being necessary to the security of a free State, the right of the people to keep and bear Arms, shall not be infringed.