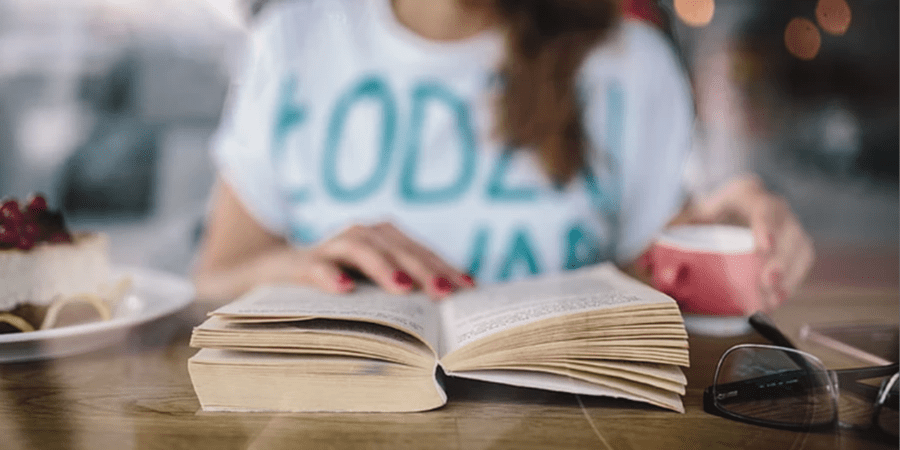 I’m an artist. What could the Austrian school have to offer me? More than I realized.

By Lydia Kapp on FEE.org

ong before reusable grocery bags came into social fashion, my great aunt bought a canvas bag with the words “Chronic Student” printed on it in bold red letters. She used that bag for her books when she went back to school in her 40s for a degree in accounting at California State University, Northridge.

Now I use and reuse that bag for grass-fed beef and kettle cooked potato chips, and every time I do, I think of the very particular, very stubborn, smart-as-hell woman who gifted it to me. She knew that I understood the importance of learning, and that I wouldn’t ever stop.

So when my husband started going down the rabbit hole of Austrian Economics—a school of thought which considers large scale production, distribution, and consumption of goods as directly related to small scale, individual human action—I did my best to encourage him, while simultaneously expressing that economics just wasn’t for me. After all, I’m an actor and a screenwriter—what could the Austrian school have to offer me?

Slowly but surely though, phrases like “demonstrated preference,” “incentivized,” and “negative rights” began to infiltrate my understanding of the world.

(Side note: I highly recommend marrying a smart Chronic Student. The quality of conversation is not only incredibly diverting, but very instructive.)

The more I pitted my ideas of what surely must be true against his ideas of what surely must be true, the more my ideas waned in strength. I realized that what I believed wasn’t so much untrue, as it was incomplete. I had looked at the first order of consequences of ideas and policies, whereas my husband, thanks to his self-guided studying of the Austrian School, was beginning to look at second, third, and forth order consequences that I had stopped short of considering, but which very much impacted the world around me regardless.

Cut to five years later and I’m finally reading Economics in One Lesson by Henry Hazlitt. And you know what? Economics is absolutely FOR me, the artist, the storyteller, because economics is, in fact, an art.

“The art of economics consists in looking not merely at the immediate but at the longer effects of any act or policy,” Hazlitt observes; “it consists in tracing the consequences of that policy not merely for one group but for all groups.”

Tracing all of the potential effects of any act or policy both in the short term and in the long term requires something with which every artist is richly acquainted: imagination! What in fact is the imagination if not thinking ahead? Envisioning in the mind that which has not ever been and might never be, or could be, or should be, or would be, or will be?

Hazlitt uses a multitude of examples to illustrate how nigh on every shortcoming in political and economic policy comes from someone, somewhere, being shortsighted. Even good intentions can have unseen negative effects.

Federal tax dollars, for example, may pay for the building of a beautiful, genuinely useful bridge, but what is unseen—what one must use the imagination to contend with—is everything not built, and not payed for because of the taxation and therefore removal of said dollars: homes, movie tickets, sweaters, healthcare, food, bikes, dance classes, tutoring, televisions, scholarships, etc.

The bridge is visible and easy to admire. The losses to the individuals, and the industries that would grow through their patronage, are not.

A truly good economist, if she is to be of any genuine use to society and not accidentally steer it towards destruction by a death of a thousand cuts, must see beyond the bridge. She must train her imagination so that she can also see every individual and every industry which suffers as a result of the government taxation which forcibly brought the bridge into existence, and include them in her big picture.

Likewise, the actor trains herself to see and even embody that which is invisible: a life she never lived, loves she never had, injuries she never endured, hopes she never carried, pains she never bore.

If an actor exclaims “my character wouldn’t do that!” in reference to something her character clearly does in the script, but which she herself simply doesn’t like, or can’t seem to make truthful in her performance, her distress doesn’t excuse her from her responsibility to embody what is written. Not even bad writing, if in fact she’s right and her character wouldn’t do “that,” excuses her; for it is still explicitly her job as the actor to imagine herself into the entirety of the script, not cherry pick the parts that resonate with her and blame the writer for the rest.

A bad actor ruins a play. A bad economist ruins an economy. We the people should be choosy with both.

I now understand why all those years ago I just politely nodded while my husband spoke of free markets and Murray Rothbard; talking about economics with someone who has never before considered the unfathomably complex and invisible consequences of economic policies on the lives of hundreds of millions of people is like talking about acting with someone who has never before considered what it might be like to actually feel the feelings of an unreal person coursing palpably through your physical body.

The conversation is foreign. The terms are new. The frames of reference we’ve soaked in over the years and used to navigate the world have to be shaken and stirred and swallowed like martinis so we can relax a little bit and listen to what is essentially a new language, without becoming defensive.

We must become, and we must remain, Chronic Students.

I am an artist. I am learning to be an economist.

(Editor’s note: FEE has made Economics in One Lesson available for free here.)