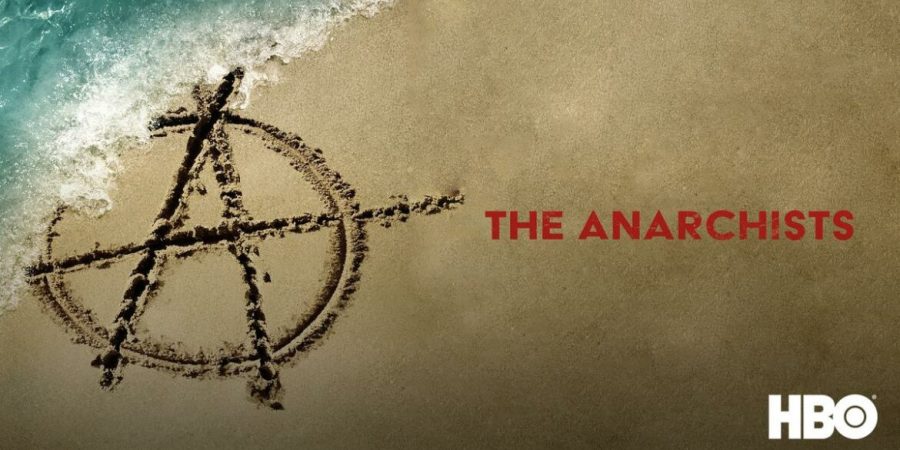 I had the opportunity last night to watch the sixth and final episode of the HBO documentary, The Anarchists. Director and executive producer Todd Schramke accomplished the primary mission of any good documentary filmmaker: he made an interesting miniseries about interesting people. He also managed to weave the events filmed over the course of three to four years into a story with a beginning, middle, and end.

While this made the series entertaining, it did fail one basic requirement of a good documentary: it failed to inform. After six approximately 50-minute episodes, I was left with more questions than answers. It’s worthwhile to review what the series got right and what it either got wrong or omitted.

It starts out on a positive note, clearly delineating what most people associate with the term, “anarchy,” from what the series’ protagonists are advocating. Because so many political philosophers over the centuries have operated from the assumption that chaos and disorder would result in the absence of government, most people believe the word itself means chaos and disorder.

It’s analogous to most people believing the word “inflation” means rising consumer prices, rather than the expansion of money and credit by the banking system. They confuse the effect with its cause.

Schramke clarifies that the definition these anarchists are working from is, “the organization of society on the basis of voluntary cooperation without political institutions or government.”

While accurate, that definition on its own is incomplete. The reason anarcho-capitalists (the type of anarchists presented in the series) do not believe chaos and disorder would result from the absence of government is they have a plan to secure life, liberty, and justly acquired possessions (hereafter “property”) without government.

Anarcho-capitalists do not believe in a world with no rules. They merely believe in a world with no rulers. The natural law that no one may violate the property rights of another would still be in play in an anarcho-capitalist society. But instead of a monopolist institution like government, the defense of those property rights would be provided by the free market.

By leaving this crucial aspect of anarcho-capitalist thought out of the definition, the viewer is left to assume anarcho-capitalists believe their society would depend upon everyone “doing the right thing,” with no recourse when they don’t. This is completely inaccurate.

Anarcho-capitalists (for the most part) recognize force must be used at times to defend property. They simply don’t believe a monopoly will provide that security as efficiently as would competing firms in a free market.

The other, more egregious flaw occurs just after the 28-minute mark of Episode One, Schramke says:

“If you want to trace the origins of this philosophy, all roads will take you back to one of the most polarizing writers of the 20th century.”

He is talking about 20th century novelist and philosopher Ayn Rand (the episode cuts to a Mike Wallace interview with Rand), who obviously had an influence on several of the people in the series. Two are named “John Galton” and “Juan Galt,” respectively, and there are other references to Rand and her work throughout.

But Rand not only wasn’t an anarchist; she was openly hostile towards both anarchists and libertarians in general. In her own words,

“More specifically, I disapprove of, disagree with and have no connection with, the latest aberration of some conservatives, the so-called “hippies of the right,” who attempt to snare the younger or more careless ones of my readers by claiming simultaneously to be followers of my philosophy and advocates of anarchism. Anyone offering such a combination confesses his inability to understand either. Anarchism is the most irrational, anti-intellectual notion ever spun by the concrete-bound, context-dropping, whim-worshiping fringe of the collectivist movement, where it properly belongs.”

The truth is the origins of anarcho-capitalism are much older than Rand, who had an inflated view of the originality of her ideas. I haven’t found a single tenet of her philosophy that cannot be found in the writings of John Locke, particularly the Essay on Human Understanding and the Second Treatise of Government.

As far as I am concerned, Rand’s chief contribution was to translate these ideas into mid-20th century psychoanalytic jargon. No anarcho-capitalist I know of would point to Rand as the definitive authority on the philosophy. Many admire her valuable work but also recognize she made a lot of errors.

Anarcho-capitalism, or non-communist anarchism, traces back at least as far as Lysander Spooner and through 20th-century thinkers like Murray Rothbard, who was kicked out of Rand’s “court” precisely because of his anarchist ideas.

While we see links to Rothbard’s For a New Liberty as Schramke films his web searches on anarchism, we are told nothing about this more rigorous presentation of the anarcho-capitalist society. We are left with the simplistic notion that anarcho-capitalism simply means “nobody telling me what to do” or “as long as I don’t harm anyone, I can do what I want.”

In Schramke’s defense, he simply may be making the best of what he has to work with. In one scene, the likable but tragic figure, Nathan Freeman, after having been dismissed from his role as event organizer of Anarchapulco, attempts to set up a vendor booth on the conference grounds. When the new organizer tells him he is not allowed to do this, Freeman protests that this violates anarchist principles, saying words to the effect of, “I thought if I’m not harming anyone, I can do what I want.”

But Freeman was harming someone. He was violating the property rights of the event’s owners, who had every right to decide who can sell products on their property and who could not, and also had the prerogative to charge a fee for such privilege at their discretion. Were it a true anarcho-capitalist society, the owners could not only exclude Freeman, but use force to remove him if he refused to comply.

Indeed, this foundational pillar of anarcho-capitalism is found nowhere in the series. The viewer is left with the idea anarchism is simply a license to party, use and sell drugs, and enjoy the beautiful Acapulco climate.

In fairness, most of this is due to the extensive footage of the annual Anarchapulco conference, which like most conferences here in Statistland is a combination of informative presentations and partying one would never do in one’s hometown. Fair enough. But little is shown the viewer about the “community” constantly referenced in the series and how it purported to be an anarchist one.

To begin with, it is unclear how many people comprise this community. We are shown a half dozen or so adults – the Freemans and their children, Lily Forrester and John Galton, Erika Harris, Juan Galt, Paul Propert, Jason Henza, and the guy who steals Jason Henza’s wife (his name escapes me). Were there more? How many more? Five? Five hundred? We don’t know.

More importantly, we are not told how this group of people represents or purports to represent an anarchist community. All we know of them is they have all moved to a major city in an even more authoritarian and socialist country than the one they left, although it is presented in the first episode as being inviting to anarchists because it is a “failed state.”

We are not told how most of the members of this community support themselves financially. Lily and John are somehow involved in selling drugs, although Lily maintains they were not competing with the Mexican cartels in the opioid trade. There are several references to Nathan Freeman continuing to work after the family moves to Acapulco, presumably still running his software company, Red Pill. But we don’t know for sure and are not told whether he is still complying with U.S. tax laws on the income he generates.

Beyond that, we know nothing about how the other members of the community support themselves. Neither do they seem to have attempted to replace the government’s property protection functions with any organized private institution. Some have not even armed themselves, judging by what we are told of the tragic cartel hit on Lily and John, resulting in the latter’s death and serious wounding of housemate Jason Henza.

Schramke provides no other insight into the nature of the community in Acapulco. As far as the viewer knows, they are simply people sharing the same political beliefs who moved to Acapulco and either took jobs within the local community or started businesses, all under the authority of the several layers of municipal, state, and federal government as they exist in Mexico today.

So, where is the anarchism?

Schramke forms his series into a cautionary tale about the dangers of anarchy, articulated by Lily Forester in a speech to the Anarchapulco conference in the last episode. But we don’t see any evidence of an even partially-anarchist society. Instead, we are presented with a group of people who seem to embody the hippieish strawmen in Ayn Rand’s condemnation.

The final episode closes with a quote from founder Jeff Berwick: “There’s quite a few people who came here who were just damaged, you know, just because they didn’t fit in in society. But they kinda felt like they had a bit of a, a bit of a community. I don’t know why that makes me emotional.”

The anarchist society proposed by anarcho-capitalists wouldn’t be a community of “misfits.” It would be comprised of the same people we see every day – farmers, doctors, plumbers, CEOs, cashiers, auto mechanics, etc. – pursing the same, mundane lifestyle they do in our present, statist world, simply with better security of their property than currently provided by the government.

Due to the choices or ignorance of either the director, his subjects, or both, viewers new to the concept of anarcho-capitalism will have no idea it would look nothing like what was presented in the documentary. Worse, they will take away from the series that anarchism was attempted and failed in Acapulco 2017-2020. Based on what is shown in the series, nothing of the sort occurred.

Tom Mullen is the author of It’s the Fed, Stupid and Where Do Conservatives and Liberals Come From? And What Ever Happened to Life, Liberty, and the Pursuit of Happiness?