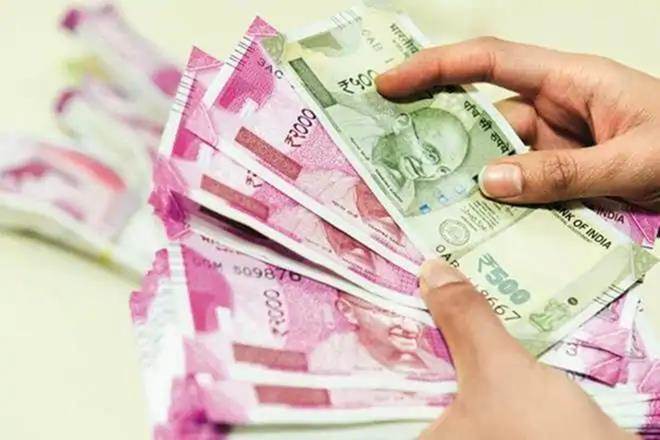 Government stimulus is not a solution because it does not and cannot expand the economy.

By Paul Cwik on Fee.org

he stimulus checks are out, and it seems that more are on their way. Every time there is a recession or even an economic slowdown, there always seems to be a cry from the political class that, “We need to stimulate the economy.” Now why is that? Is it because they are so altruistic? Politicians are people just like you and me. They look out for themselves first. Of course, we can find individual exceptions here and there, but the overall point is that they are cut from the same cloth as the rest of us. A politician’s first job is to get reelected, and it is much easier to do that when your constituents are happy. In other words, if the economy is good, the chances of winning reelection are much better, so it comes as no surprise that politicians want to stimulate the economy, especially in an election year.

This desire to get reelected leads to the question, “What is the best way to stimulate the economy?” The most comprehensive measure of the economy is Gross Domestic Product. It measures the amount of final goods and services sold within a defined geographic region over a specified time period. There are 3 different ways to calculate GDP: the Expenditures Method, the Income Method, and the Value-Added Method. Of the three, the Expenditures Method is the most widely used. It is calculated by adding consumption expenditures (C), investment expenditures (I), government spending (G), and net export spending (NX). (It is often expressed in textbooks as: GDP = C + I + G + NX.)

So here is a recap of the conventional wisdom. When politicians look at reelection they focus on the economy. When the political class looks at the economy, they look at GDP. The largest component of GDP is consumption spending. The quickest path to stimulate GDP is through consumption. However, if consumption falls, it takes a lot of stimulus to the other components to make up that difference. So the most popular course government takes is to stimulate consumption.

Unfortunately, this narrative is only half of the story. As Henry Hazlitt explains Economics in One Lesson, we need to look at the entire picture.

[T]he whole of economics can be reduced to a single lesson, and that lesson can be reduced to a single sentence. The art of economics consists in looking not merely at the immediate but at the longer effects of any act or policy; it consists in tracing the consequences of that policy not merely for one group but for all groups.

What’s missing? What has been ignored is the source of this stimulus. Where does the government get the wherewithal to add to GDP? You might say that they get it from Congress. Others might say that the Federal Reserve System simply “prints” the money. However, this is only focusing on money, dollars. Money is a medium of exchange. Money connects what I produce to what you produce. Money is not a source of value. In order to answer our question, we need to go deeper.

What the powerful elites (the news media, politicians, etc.) want you to see is the guy pouring water (adding value) into a leaking pool. As he pours the water in, the media focuses on the splashing water and comments how wonderful the additional water will be for raising the level of the pool. What they do not show you is where the water is coming from (the source). If we pull back and look at the whole picture, we see that the guy is filling the bucket from one end of the pool, only to run around to the other side and pour it back in. And if this wasn’t bad enough, as the poor fellow is running and hurrying, he sloshes water out of the pail. This process is not adding value, and it is most likely making the situation worse.

When the government spends money, it is merely transferring it. It is moving the water from one end of the pool to the other and wasting quite a bit in the process. The transfer is obvious when we are directly taxed. It is also fairly obvious when the government borrows the money, because people can see the size of the national debt that will have to be paid back. However, when the government transfers wealth using inflation, it does so indirectly and it is not obvious to many people. When prices start to rise, scapegoats can be made to misdirect blame.

So what is inflation? Again, let’s take a step back and assess the problem. When there is an increase in the number of apples, what happens to the price of apples? Right, it falls. If there is an increase in the amount of cars, shirts, or any number of things, then isn’t it true that their prices also fall? Yes, of course. What happens if we increase the amount of dollars (also known as monetary expansion)? Can the price of dollars also fall? Yes. The price of the dollar (or any money) is called its “purchasing power.” As the amount of dollars increase, the purchasing power of each dollar falls. That means we need more dollars to buy other items. In other words, if at first we could buy a gallon of milk for $3, then after monetary expansion, it will take more dollars (maybe $3.25, $3.50 or even $4) to buy another gallon. This increase in the price is called “inflation.” The bottom line is that as more dollars are created, the value of every dollar diminishes. With monetary expansion, as you hold on to the dollar, the dollar’s value melts away.

Some might be tempted to celebrate this loss of value because it would “hurt the rich more.” Not so fast! Those that have their wealth in dollars are surely the most affected—the big losers. However, rich people do not tend to hold their wealth in the form of cash. Instead, they hold their wealth in assets denominated in dollars, like stocks and bonds. That means as the value of the dollar falls, their assets’ prices rise along with the inflation rate.

The Source of Wealth

Government does not create wealth. At best, it can only transfer wealth and, all too often, much of it gets “sloshed out”—wasted—as government taxes and spends. Only the private sector can create wealth. But why is that? Why can’t the government also create value and wealth?

To find our answer we need to think about the source of value. The creation of value primarily stems from two sources: trading and following the Law of Comparative Advantage.

The reason why trade generates value is because we are different people. Each person has a unique set of tastes and preferences. These tastes and preferences are sovereign, meaning that no one can tell you what to like, and subjective, meaning that no one can read your mind and measure how much you like what you like. The best way to illustrate this concept is through an example. Suppose that I have some apples and you have some blueberries. What would get us to trade? The answer is UNequal values. If we both valued the blueberries more than the apples, then we wouldn’t trade. If we both valued the apples more than the blueberries, again, we wouldn’t trade. I would trade only when I value what I am getting (the blueberries) more than what I am giving up (the apples). And you would trade only when what you were getting (the apples) were valued (by you) more than what you were giving away (the blueberries). Since these valuations are not equal, it allows each of us to give up something of lower value and exchange for something of higher value. Both sides win. Both sides gain. Value is created.

The second way in which the market generates value is a little more complex. It stems from the Law of Comparative Advantage. The best explanation I have seen is by Manuel Ayau in his monograph Not a Zero Sum Game. The concept of this law centers on the minimization of opportunity costs. When we minimize our opportunity costs, we are also maximizing our gains.

The Law of Comparative Advantage shows that, if the only factor we allow to be changed is the allocation of time making some product and we hold everything else constant (e.g., capping total time worked, prohibiting learning that increases individual productivity, forbidding improvements in technology, etc.), then when we divide tasks and specialize labor in accordance to minimizing our opportunity costs, we are actually able to increase the amount of physical stuff we produce. It is almost like magic. Here is a video that I use in my class. I believe that the Law of Comparative Advantage may be the hardest concept in economics, but it is well worth studying, because it demonstrates how markets are able to naturally generate more value than the effort put into them. Value is created.

We have now come full circle. Government stimulus is not a solution because it does not and cannot expand the economy. If increasing spending was all it took to grow an economy, then every government ever would have been able to achieve enormous growth rates. Venezuela would be extremely prosperous and not a basket case. The Soviet Union would not only still exist, it would be the envy of the world. History shows us time and again the folly of reckless government spending.

Many very smart people are fooled to take the wrong path—searching for economic stimulus, because they are looking only at the surface. They see GDP, consumer spending, and unemployment. They see only the consequences of economic activity. They aren’t looking at the deeper connections such as the sources of value and wealth. They aren’t looking at the whole problem as Hazlitt warned against. This shallow economic thinking results in the folly of inflationary government stimulus spending. Sadly, Hazlitt may have been right when he said, “The lessons of inflation are soon forgotten. They apparently must be relearned in every generation.” By studying deeper economic concepts such as the Law of Comparative Advantage, you will be able to avoid these pitfalls and articulately advocate against reckless policies.

For more information, here is a list of free FEE Courses on economics and government:

Send us a few bucks
If you want to see more stuff like this. We only accept hard money – Bitcoin. Give it a try, it’s super easy and you can donate as little as Rs. 1/- completely free and without any banks.