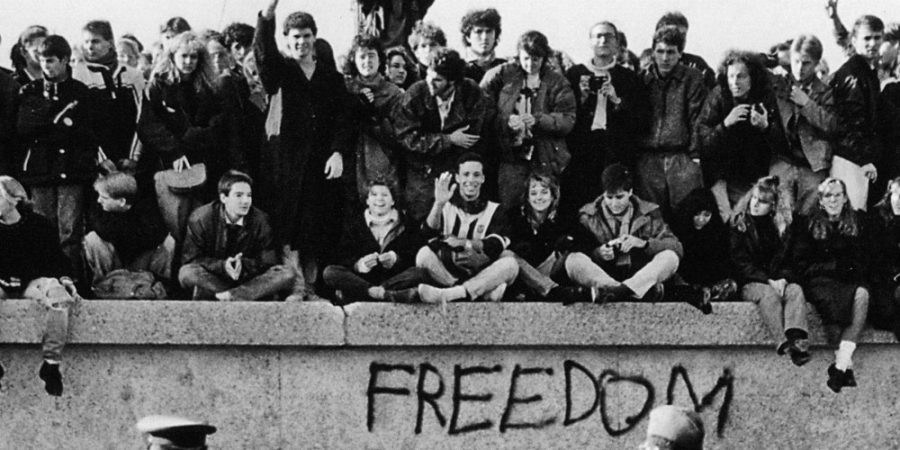 By Dr Rainer Zitelmann on Fee.org

At a July public screening of the documentary Life Behind the Berlin Wall, viewers were informed that citizens of East Germany had to wait 12 to 17 years for a Trabi (the worst car in the world), while West Germans could go to a car dealership and drive away in their new cars the same day.

A ripple of laughter erupted from the audience at the revelation, but that wasn’t the only information that caught viewers attention. In 1989, 65 percent of apartments in the German Democratic Republic (GDR) still had oven heating, 27 percent of GDR apartments didn’t have their own toilet, and only 16 percent of East Germans had a telephone, compared to 99 percent in West Germany.

These are just some of the facts revealed in the film, which took home an award (“Audience Choice Award for Short Films”) at its worldwide premiere in Las Vegas on July 14 at Freedom Fest, an event attended by some 2,500 people and 350 speakers, including well-known libertarian US Sen. Rand Paul, Forbes founder Steve Forbes and legendary investor Jim Rogers.

The film will soon be shown in schools across America—to illustrate that a market economy is superior to a planned economy. Thus, the film does not focus on political oppression, but on the economy and the everyday lives of East and West Germans.

Environmental Pollution in the GDR

An important theme in the film is environmental degradation in the GDR.

Therefore, claims by anti-capitalists that private capitalist firms’ greed for profit is the cause of environmental degradation are misleading: environmental problems under socialism were much greater.

Why the Wall Was Built

Supporters of “democratic socialism” distance themselves from systems like those that prevailed in East Germany. But they act as though the economics and politics can be arbitrarily separated from one another. The focus of their criticism is the elimination of political and democratic freedoms (freedom of speech, freedom of the press, etc.) in countries like the GDR or the USSR. But the economic recipes of many supporters of “democratic socialism” are quite similar to those of their non-democratic comrades, for they are characterized by a deep distrust of market forces and an almost limitless trust in the state.

Supporters of “democratic socialism” only want to correct the “mistakes” made by real-world socialist states over the past 100 years and combine the socialist economic system with a democratic state constitution. For these advocates of “democratic socialism,” it is apparently a coincidence that societies with a non-capitalist foundation, characterized by the absence of economic freedom, also have a political system in which freedoms are absent.

An example of the connection between the elimination of economic freedoms and political freedoms was the GDR: first, economic freedom was eliminated through the nationalization of land and the means of production. As a result, there was a massive disparity between the economic performance of East Germany and West Germany. The standard of living in the West was much higher, and so 2.8 million people fled the GDR—especially, but not only, entrepreneurs and well-educated professionals. The fact that the Wall was built in 1961 was therefore an economic inevitability, because otherwise the system in East Germany would have been bled dry immediately.

Socialists like to compare the reality of capitalism with their own theories of an ideal society. But that’s as unfair as comparing your real-life marriage to a romance novel that showcases the perfect love affair. Socialism always looks good on paper—except when that paper is in a history book.

Rainer Zitelmann is a historian and sociologist. The film Life Behind the Berlin Wall is based on a chapter in his book The Power of Capitalism.