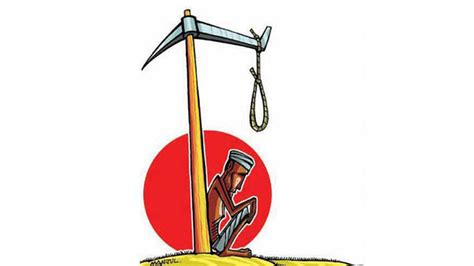 This is the Part 1 of our series of articles on Anti-Farmer laws, based on the book the Amar Habib. The book can be downloaded here (see also for Hindi and Marathi version).

What is the main cause of farmer suicides?

Suicide is a misnomer. All these farmers are victims of government policy. These are not suicides but are homicides and government is directly responsible for them.

Governments of all parties are responsible. As the farmers were chained in anti-farmer laws, they opted for death. The problem of farmer suicides can be remedied if this reality is understood.

In 1986 Sahebrao Karape, a farmer from village chilgavhan in Yavatmal District, went to Pavnar Ashram and he along with his family, committed suicide at Dattapur. As he had left a note while taking his life, the grave reality of the woes of the farmers came before the world. Committed on 19th March,1986, it was the first known and one that shook the entire nation, suicide. Not because the government decided but after an order was issued by court, Government asked Tata Institute of Social Sciences for the first time to submit report on farmer suicides. NCRB started maintaining a
separate record of farmers suicide from 1995. It is a fact that the incidence of farmer suicides increased after 1990. Some people are under the belief that farmers started taking their lives as a result of liberalization and globalization. This is totally incorrect. Evidence is available which establishes that farmers committed suicides even prior to adoption of these policies. Farmer suicides occurred even in the period of British. Even after the departure of the British, they have been happening incessantly.

In 1990, the central Government adopted the policy of liberalization and globalization. It became applicable to the whole nation. Despite this, farmer suicides are not observed in many states. The suicides are taking place largely in comparatively more developed states. This means that where development took place in the neighboring areas, the ability of balancing the stress of the development could not inform the farmers (rather it was not allowed to inform), the farmers in that area became mostly despaired and they chose the option of suicide. Liberalization arrived in ‘India’, ‘Bharat’ remained untouched. The stress of development of ‘India’ was forced on ‘Bharat’ and as the farmers could not bear the stress, they were forced to commit suicide.

Many people confuse between ‘immediate cause’ and ‘reason’ as regards farmer suicides. ‘Immediate cause’ may be any other, ‘reason’ is the main cause behind it. If we dig into the past, only the anti-farmer laws are seen as the root cause of the problem. Liberalization come in ‘India’ (In fact, it has not arrived fully there also. Permit, quota Raj is still prevalent in many sectors). In Bharat, i.e. agricultural sector liberalization did not arrive at all. Following Acts provide evidence that liberalization did not arrive at all:-

Liberalization means reducing the governmental interference. These acts are not limited to interference, but they are evidence of governmental restrictions / prohibitions. These Acts should have been repealed when liberalization was adopted. They were not repealed. During the existence of these Acts, who can say that liberalization, openness or globalization has permeated agricultural sector? It is as clear as sunlight that above mentioned Acts is the root cause of farmer suicides.