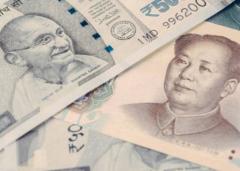 By Vijay Victor on the Mises Wire

One of the hot topics discussed among many economists in the last month was the anomalies found in the Indian GDP estimates. A working paper published by Arvind Subramanian, the former Chief Economic Advisor to the Government of India exposed how that the GDP estimates of India are overstated. His credentials as the former CEA in the finance ministry for four years — up until 2018 — lend additional credence to his claims.1

Subramaniam’s paper points out that the change in the data sources and methodology for the estimation of real Gross Domestic Product since 2011–2012 has led to a significant overestimation of the growth estimates. The actual growth between 2011 and 2017 is estimated at around 7 percent as per the official sources. However, according to Subramanian, the actual growth may have been only around 4.5 percent. A part of this overestimation according to the paper may be attributed to a key methodological change.

Subramaniam also tweeted some of the evidence which was discussed in the study.

Apart from all these econometric calculations, these estimates are also dubious from a layman’s perspective. The official estimates claim that the real GDP growth was 8% in 2016–2017, the period which witnessed a series of reforms including demonetization, new goods and services taxes, implementation of Insolvency and Bankruptcy Code, and new real estate regulation. Rationally speaking, all these should dampen the economic growth in the short term due to uncertainty and change in the behavior of people. However, these were not reflected in the official GDP estimates (although a slight change in the quarterly GDP estimates was seen).

Earlier this year, a study reported that China’s economy is about 12 percent smaller than the official figures, and also that the real growth has been exaggerated by about 1.7 percent annually from 2008–2016.

The study was published in the Brookings papers of economic activity by a team of economists namely; Wei Chen, Xilu Chen, Chang-Tai Hsieh, and Zheng (Michael) Song:”China’s National Bureau of Statistics (NBS) adjusts the data provided by local governments to calculate GDP at the national level. The adjustments made by the NBS average 5% of GDP since the mid-2000s.”

The official GDP estimates and the Brookings adjusted estimates as taken from the study is given below.

The differences in estimates are significant, especially since these estimates are used to make policy. After all, what happens if the flight instruments inside a cockpit show bad estimates to the pilots? The pilots are misled by wrong data and the journey might end up in a disaster. Although GDP is not considered as a complete measure of well-being, policymakers which follow incorrect GDP estimates are playing with fire.

Arvind states in the paper that

If statistics are potentially misleading about the overall health of the economy, they influence the impetus for reform in serious and perverse ways. For example, if India’s GDP growth had been appropriately measured, the urgency to act on the banking system challenges or agriculture or unemployment could have been very different. It is understandable when policy makers favour the status quo if that status quo is apparently delivering the fastest growth rate of any major economy in the world. But if growth is actually 4.5 percent instead of 7 percent, attitudes to policy action should and would be very different.

In the case of China’s data, the Brookings authors place the blame on the local governments. With the introduction of the local economic performance in the evaluation of local officials, the competition among the officials intensified which forced them to inflate the local GDP numbers.

Interestingly, both papers conclude their results by explicitly indicating that increasing political pressure is the primary cause of all this havoc. Unfortunately, economists stand helpless and are left with two options; either be a part of this roguery or resign and flee the country.

I conclude by quoting authors’ own concluding notes from both papers which touched us as researchers and academicians in the field.

If statistics are sacred enough to require insulation from political pressures, they are perhaps also too important to be left to the statisticians alone. Nothing less than the future of the Indian economy and the lives of 1.4 billion citizens rides on getting numbers and measurement right.

As we measure, so India will go.

1. A story which should be read along with this new revelation is the series of resignations of economists who held distinguished positions at the Ministry of Finance since 2014. It started with the untimely and abrupt resignation of Raghuram Rajan, the 23rd Governor of Reserve Bank of India (RBI) in 2016, a world renowned economist who predicted the financial crisis of 2008. Later in 2018, the resignation of Arvind Subramanian, the CEA to the Government of India was also a totally unanticipated one. This was followed by the stepping down of Arvind Panagariya, the vice chairman of NITI Aayog (policy think thank) and then Urjit Patel, the 24th RBI governor holding the office for a period of just 2 years. Most recently Viral Acharya, the RBI deputy governor also resigned after having a clash with the government regarding the autonomy of the central bank.

Vijay Victor is an Assistant Professor at Saintgits Institute of Management, Kerala, India and a research scholar at the Doctoral School of Management and Business Administration, Szent Istvan University, Hungary. He writes on Macro Economic Policies, Behavioural Economics and Pricing Strategies. Reach him at Victor.Vijay@phd.uni-szie.hu.