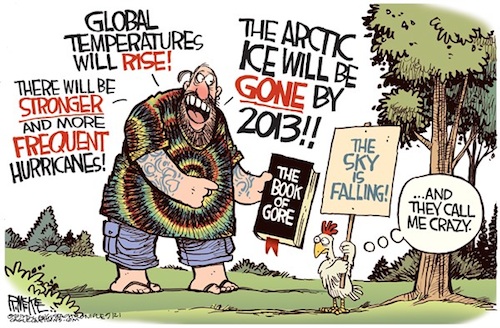 By Sanjeev Sabhlok first appeared in TOI on August 1, 2019, 3:34 PM IST. Permalink: Maximise the current generation’s wealth and review any CO2 issues in 2050

As a rule of thumb, 80 per cent of policy development should be about understanding the problem. Once a problem is understood, the solution generally commends itself.

But in the case of climate change, policymakers have bypassed this step and are insisting on “fixing” the “problem”. They forget that the IPCC’s own reports show that there is no problem. Even in its extreme scenario (highly speculative), the worst that could happen is that our hugely richer future generations will become 2 per cent less rich. But the IPCC fails to emphasise that without using fossil fuels today, our future generations won’t become even half as rich.

Our party wants the Modi government to identify the optimal level of CO2 in the atmosphere beyond which it becomes a proven pollutant. The Earth’s geological history should be used as a basis for this determination and not the hugely speculative climate models.

There is overwhelming evidence that today’s CO2 level of 400 ppm is simply too low. Commercial greenhouse farmers insist on 1500 ppm of CO2 to get the best plant output. That makes sense because most of today’s plants evolved over the past 250 million years when average CO2 levels were around 1200 ppm. We also know that at 150 ppm of CO2 plants struggle to survive. It seems sensible, therefore, to aim for a minimum level of 1200 ppm of CO2 in the air.

At what level will CO2 start harming us? A simple calculation can answer this. At 21 per cent of the atmosphere, oxygen is currently 500 times the concentration of CO2. We also know that millions of Tibetans and Ladakh residents routinely live at 60 per cent of this oxygen level. This means there is “space” in the air for up to 200 times more CO2 without reducing oxygen availability. While submariners routinely operate at 5000 ppm, they could easily do so also at higher levels if necessary.

In summary, CO2 levels of 1500 ppm are hugely beneficial and CO2 levels up to 200 times higher than today’s levels won’t harm us. So where exactly is the problem?

It is all about the greenhouse effect. But there are many proofs that the impact of this effect is grossly exaggerated. First, plants evolved to love 1500 ppm of CO2, which means the Earth did not burn up at that stage since we are all happily here today. Second, there is conclusive geological evidence of far higher CO2 levels in the past, even as the Earth was much hotter (the Earth has been cooling down since its creation). There was never any runaway greenhouse effect even at those much higher CO2 levels.

Climate change alarmists call those who question their false claims, “climate deniers” but they are the real climate deniers since they deny all proven biological and geological evidence. They rely, instead, on an entirely speculative impact.

The nature of the greenhouse effect is such that its “power” or “sensitivity” cannot be measured inside a lab. There are only two ways to do so: first, through geological studies which have already declared CO2 to be perfectly harmless even at much higher levels. The second is through climate models. So far, within just 30 years, the models have dramatically overshot reality. I expect them to even more badly overshoot reality by 2050.

Based on this, and following in the footsteps of Julian Simon I have offered to put my money where my mouth is – by wagering with IPCC that the Earth’s temperature will not rise by two additional degrees by 2100 if mankind does nothing whatsoever about CO2.

Even for those who are not convinced by the analysis, I have provided over the course of four articles, by 2050 everything will become clear as day. By 2050, as well, fusion energy would have become commercially viable, thereby making fossil fuels largely redundant and this debate irrelevant.

People forgot today the passionate “peak oil” debates of the past fifty years, and although peak oil remains well into the distant future, there is no doubt that mankind needs to switch to non-fossil-fuel energy sources in the next few decades. That is an imperative unrelated to the CO2 alarm.

As far as CO2 is concerned, we should take a policy holiday and shut down the IPCC. Instead, the best policy today is to (a) abandon socialism (Why does IPCC not talk about this ideology which is causing mankind the most harm?), and (b) to do everything possible to maximize the wealth of the current generations. Then review the situation in 2050 when more data and new technologies become available.

In the meanwhile, there’s no harm in installing as many nuclear plants as are viable and growing more trees (but, of course, how can India grow more trees when the Modi government insists on blocking GM crops that can produce more from the same amount of land?). And we can keep researching alternative energy technologies. However, interventions to divert precious resources into uneconomic solar and wind energy are the surest way to harm future generations.

The climate change alarm movement is driven by extremist socialists. Ultra-socialist Saikat Chakrabarti, who prepared Alexandria Ocasio-Cortez’s Green New Deal exposed the underbelly of climate change alarmism when he confessed that “The Green New Deal wasn’t originally a climate thing at all. We think of it as a how-do-you-change-the-entire-economy thing”. The CO2 panic is a socialist harangue dressed in a veil of bad science.

Obviously, all this talk about a social cost of carbon (SCC) must go. SCC is based on integrated assessment models which rely on high climate sensitivity rates, unjustifiably low discount rates and a time horizon of 300 years. If their assumptions are slightly altered and the benefits of CO2 for economic development and food are added, the SCC becomes negative, which implies that governments must pay a subsidy for CO2 emissions. We don’t want governments to subsidise CO2 either – just get off the backs of people.

If CO2 ever does become a proven pollutant in the distant future, a simple cap and trade scheme will help markets work out the most efficient way of keeping CO2 levels capped. But the need for such a policy will never arise.

Instead, there are many severe and real environmental problems today, including plastic and toxic waste and the man-made destruction of forests and wildlife. Dealing with them requires a sophisticated understanding of economic incentives to create policies that will effectively address them. That is where the Modi government should put its effort instead of dumping precious taxpayer’s money into the climate black hole.

By Sanjeev Sabhlok first appeared in TOI on August 1, 2019, 3:34 PM IST. Permalink: Maximise the current generation’s wealth and review any CO2 issues in 2050