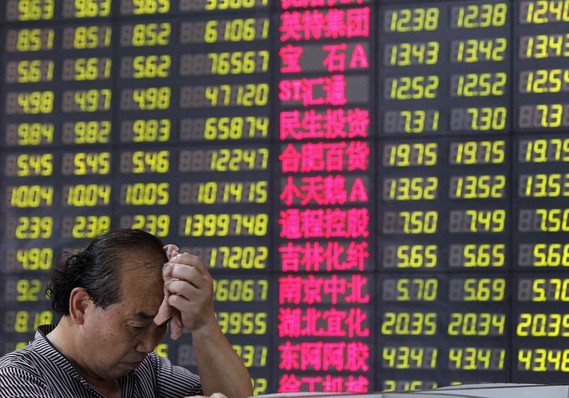 By John S. Chamberlain on Mises.org

Take cover when you hear a political leader talking about economic affairs. You can bet a bad decision is incoming. Luckily for the leaders, their meddling usually has a slow, erosive effect on the economy. Every so often, however, the great ones manage to land a real whopper that takes them down along with their whole country. Here are ten examples from history.

1. Charge Too Much and You Die

In the year 301, the Roman emperor Diocletian issued the Edictum De Pretiis Rerum Venalium, i.e., the Edict on Prices of Foodstuffs, which rebalanced the coinage system and set maximums on wages and the prices of many types of goods, especially food. The penalty for selling above the stipulated prices was death. Copies of the edict were inscribed on stone monuments all over the empire. Here’s a tip for future dictators: never inscribe your blunders on stone unless you want people to laugh at you for the rest of eternity. The edict was a disaster. Sellers withdrew their goods, unwilling to sell at the fixed prices or even risk being falsely accused of selling beyond the maximum and thus be subject to execution. Workers responded to the wage edicts by vanishing or sitting around doing nothing. Eventually the edict was ignored and became a subject of derision and mockery which permanently lowered the prestige and authority of the empire.

You know you are doing something wrong when your enemies become folk heroes like Robin Hood. Common sense is to tax the weak and give money to the strong, but after his failure in forestry policy King John of England decided to try the reverse. He relieved the knights of the realm from their military service requirements, but then ordered them to pay instead a hefty “scutage” (shield) tax. Soon, there were 10,000 Robin Hoods trying to kill him and going about it in an organized fashion. Signing the humiliating Magna Carta in 1215 bought him some time, but by the next year he was living on the lam. After his folly-won treasure was washed away in a mistimed river crossing, he went crazy and died soon after.

The fifth Khan of Persia was named “Gaykhatu,” which means “amazing” in Mongolian. After recklessly squandering the money left by his predecessors he was in no position to cope with a massive rinderpest epidemic that began devastating his subjects’ livestock in 1294. Amazing came up with an amazing solution to his financial problems: paper money. Invented by his boss, Kublai Khan, back in China the idea of paper money was a godsend. He would print up certificates just like the Chinese ones, decree death for anyone who refused them, and all his problems would be solved. Amazing! Unfortunately for Amazing he did not fuss too much with technical details like convertibility and capital controls, which Kublai Khan had agonized over, and the result was the total failure of the project. Economic chaos ensued. Amazing was deposed and put to death the next year.

4. I’ll Buy Every Sword You’ve Got

In the Muromachi period (1336 to 1573), Ming dynasty Mandarins in China adopted a policy of buying and importing swords from the Japanese with the goal of depriving the troublesome “barbarians” occupying those islands of their weapons. The gleeful reaction of the Japanese was along the lines of Jay Leno’s Doritos commercial: buy all you like; we’ll make more.

Price controls are stupid anytime, but it takes true idiocy to apply them in the middle of a siege. In 1584 forces controlled by Alexander Farnese, the duke of Parma, were besieging Holland’s grandest city, Antwerp, in the Dutch War of Independence. At first the siege was ineffectual because the duke’s lines were porous and Antwerp could be supplied by sea, but the duke was in luck because the city decided to blockade itself voluntarily. The magistrates of the city declared a maximum on the price of grain. The smugglers who had been running the blockade up to that point became considerably less enthusiastic about making food deliveries after that. Facing starvation, the city surrendered the next year.

6. The Gold Factory of Venice

In 1590 the Republic of Venice was in decline. Nineteen years earlier it had gloriously fended off the Ottoman Turks by a tremendous victory at the Battle of Lepanto, but had nevertheless lost Cyprus, the republic’s greatest possession. In 1585 the newly elected doge had thrown silver coins instead of the traditional gold at his ascension. Weighed down by taxes, imposts, tariffs, duties, tithes, assessments and fees, the economy had seen better days. From out of this gloom a new hope unexpectedly appeared. A long-lost Venetian named Marco Bragadini, currently resident in nearby Lombardy, had discovered how to make gold. The republic had to act fast, though, because the duke of Mantua was trying to lay his hands on this valuable goose. A cohort of soldiers was sent forthwith and Bragadini was securely delivered into the city in triumph by three galleys. Rigorous scientific tests were ordered by the senate to verify the power of the “anima d’oro,” which Bragadini alone possessed. The alchemist filled a crucible with quicksilver, added a pinch of his secret powder and set it to fire. Soon the quicksilver turned to gold; it was all true. The price of alchemist capes and retorts skyrocketed. Signor Bragadini coolly informed the senate he could produce six million ducats or whatever they would require. For himself he wanted nothing but to be the humble servant of his country. Naturally, the senate put all the resources of Venice at his disposal. Nobles flocked to Bragadini by the dozen, imploring him to cut them in on his business. The months wore on, but the production of the new gold factory was disappointingly meager. Apparently there were limits to the speed with which the gold could be manufactured. Sensing a mounting impatience with his operations Bragadini absconded to Munich where Duke William the Pious was wooing him. Unfortunately for the maestro, in the meantime Pope Sixtus had died and been replaced with the sanctimonious Pope Gregory XIV who considered the alchemist and his two dogs to be the devil’s spawn and sent orders for their execution — with which William complied. The senate of Venice decided to pretend the whole thing never happened.

7. How to Deal with Hoarders

As the famine-fueled French Revolution careened out of control in 1793, a radical clique called the “Committee of Public Safety” headed by Maximilien Robespierre took power. The committee resolved to solve the food problem by enacting the “General Maximum,” a set of policies fixing the maximum price of bread and other common goods. When those measures failed to increase the supply of food, they sent soldiers into the countryside to forcibly seize grain from the evil farmers who were “hoarding” it. Robespierre and the committee went to the guillotine the next year.

In 1880, railroad technology was advancing rapidly, and the Russians received several private petitions for a concession in the Far East. To the paranoid patricians of Moscow, it was not enough to merely deny these foreign schemers; they needed to build their own railroad to the east to keep them out. Under the leadership of His Royal Paranoidness, Czar Alexander III, the Russian state began taking out massive foreign loans and constructing the 5,000-mile Trans-Siberian Railway, the largest civil-works project since the Great Pyramid of Giza. Alexander (and his empire) would later die from injuries sustained in a railroad accident. By the time the corruption-ridden boondoggle was completed in 1904, Alexander’s son, Nicholas II, was technically bankrupt. Wars and revolts started to plague the empire. Instead of carrying trade goods, the new railway was carrying political prisoners and supplies for soldiers. When Russia rolled over its debts in 1907, it was obvious to the large banking houses that the empire was financially doomed and only small investors could be found to subscribe the new loans. Even with these loans suspended, Russia’s economy was so weak that it would not survive the coming war. Nicholas was executed July 16, 1918.

9. It Takes a Village to Build a Famine

The 1984 crop failure in Ethiopia presented a fresh set of problems for the Marxist junta called the “Derg” that controlled the government. The nationalization programs and price controls they had been experimenting with for years seemed less effective than ever. Obviously the remnants of capitalism were still infecting the economy, so they took vigorous measures such as outlawing grain trading. Oddly enough, that did not stop the famine. The chairman, Mengistu Haile Mariam, inspired by the brilliant agricultural successes of Secretary Stalin in the 1930s thereupon sponsored a whole new idea dubbed “villagization.” Under this plan the scattered rural inhabitants of Ethiopia would be gathered together in modernized villages with all the latest civic infrastructure. As might be expected, not all the beneficiaries of this plan realized what utopias these villages would be so they had to be driven there at gunpoint for their own good. Unfortunately, the expected increases in agricultural production never materialized and millions starved. The country descended into a permanent state of civil war, which only ended in 1990 after the Soviet Union stopped supplying the Derg. Mengistu fled to Zimbabwe where he has become an important advisor to that nation’s rulers.

On January 22, 1991, Mikhail Gorbachev, the president of the Soviet Union, decreed that all existing 50- and 100-ruble banknotes were no longer legal tender and that they could be exchanged for new notes for three days only and only in small quantities. This had the effect of instantly deleting large portions of the savings and accumulated capital of private citizens. He followed up this genius move on January 26, by ordering that the police had the authority to search any place of business and to demand the records of any business at any time. The union’s economic problems accelerated into a death spiral. Gorbachev resigned on December 25, and on the next day the Supreme Soviet dissolved itself and the Union of Soviet Socialist Republics.