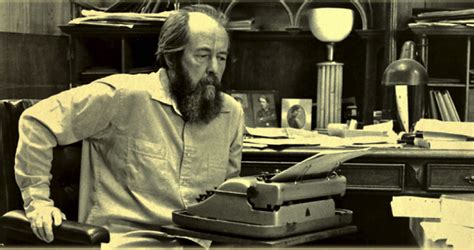 On the eve of his eviction from Communist Russia, in 1974, the Russian intellectual Alexander Solzhenitsyn wrote the essay entitled, “Live not by lies.” It was dated 12th February, the day the Soviet secret police busted into his flat in Moscow, and arrested him; the day before they bundled him on a plane for Frankfurt in West Germany.

The essay remains a moral lighthouse, with lessons for all circumstances, whether they be democratic or undemocratic.

At one time we dared not even to whisper. Now we write and read samizdat, and sometimes when we gather in the smoking room at the Science Institute we complain frankly to one another: What kind of tricks are they playing on us, and where are they dragging us? Gratuitous boasting of cosmic achievements while there is poverty and destruction at home. Propping up remote, uncivilized regimes. Fanning up civil war. And we recklessly fostered Mao Tse-tung at our expense—and it will be we who are sent to war against him, and will have to go. Is there any way out? And they put on trial anybody they want and they put sane people in asylums—always they, and we are powerless.

Things have almost reached rock bottom. A universal spiritual death has already touched us all, and physical death will soon flare up and consume us both and our children—but as before we still smile in a cowardly way and mumble without tounges tied. But what can we do to stop it? We haven’t the strength?

We have been so hopelessly dehumanized that for today’s modest ration of food we are willing to abandon all our principles, our souls, and all the efforts of our predecessors and all opportunities for our descendants—but just don’t disturb our fragile existence. We lack staunchness, pride and enthusiasm. We don’t even fear universal nuclear death, and we don’t fear a third world war. We have already taken refuge in the crevices. We just fear acts of civil courage.

We fear only to lag behind the herd and to take a step alone-and suddenly find ourselves without white bread, without heating gas and without a Moscow registration.

We have been indoctrinated in political courses, and in just the same way was fostered the idea to live comfortably, and all will be well for the rest of our lives. You can’t escape your environment and social conditions. Everyday life defines consciousness. What does it have to do with us? We can’t do anything about it?

But we can—everything. But we lie to ourselves for assurance. And it is not they who are to blame for everything—we ourselves, only we. One can object: but actually you can think anything you like. Gags have been stuffed into our mouths. Nobody wants to listen to us and nobody asks us. How can we force them to listen? It is impossible to change their minds.

It would be natural to vote them out of office—but there are not elections in our country. In the West people know about strikes and protest demonstrations—but we are too oppressed, and it is a horrible prospect for us: How can one suddenly renounce a job and take to the streets? Yet the other fatal paths probed during the past century by our bitter Russian history are, nevertheless, not for us, and truly we don’t need them.

Now that the axes have done their work, when everything which was sown has sprouted anew, we can see that the young and presumptuous people who thought they would make out country just and happy through terror, bloody rebellion and civil war were themselves misled. No thanks, fathers of education! Now we know that infamous methods breed infamous results. Let our hands be clean!

The circle—is it closed? And is there really no way out? And is there only one thing left for us to do, to wait without taking action? Maybe something will happen by itself? It will never happen as long as we daily acknowledge, extol, and strengthen—and do not sever ourselves from the most perceptible of its aspects: Lies.

When violence intrudes into peaceful life, its face glows with self-confidence, as if it were carrying a banner and shouting: “I am violence. Run away, make way for me—I will crush you.” But violence quickly grows old. And it has lost confidence in itself, and in order to maintain a respectable face it summons falsehood as its ally—since violence lays its ponderous paw not every day and not on every shoulder. It demands from us only obedience to lies and daily participation in lies—all loyalty lies in that.

And the simplest and most accessible key to our self-neglected liberation lies right here: Personal non-participation in lies. Though lies conceal everything, though lies embrace everything, but not with any help from me.

This opens a breach in the imaginary encirclement caused by our inaction. It is the easiest thing to do for us, but the most devastating for the lies. Because when people renounce lies it simply cuts short their existence. Like an infection, they can exist only in a living organism.

We do not exhort ourselves. We have not sufficiently matured to march into the squares and shout the truth our loud or to express aloud what we think. It’s not necessary.

It’s dangerous. But let us refuse to say that which we do not think.

This is our path, the easiest and most accessible one, which takes into account out inherent cowardice, already well rooted. And it is much easier—it’s dangerous even to say this—than the sort of civil disobedience which Gandhi advocated.

Our path is to talk away fro the gangrenous boundary. If we did not paste together the dead bones and scales of ideology, if we did not sew together the rotting rags, we would be astonished how quickly the lies would be rendered helpless and subside.

That which should be naked would then really appear naked before the whole world.

So in our timidity, let each of us make a choice: Whether consciously, to remain a servant of falsehood—of course, it is not out of inclination, but to feed one’s family, that one raises his children in the spirit of lies—or to shrug off the lies and become an honest man worthy of respect both by one’s children and contemporaries.

And from that day onward he:

No, it will not be the same for everybody at first. Some, at first, will lose their jobs. For young people who want to live with truth, this will, in the beginning, complicate their young lives very much, because the required recitations are stuffed with lies, and it is necessary to make a choice.

But there are no loopholes for anybody who wants to be honest. On any given day any one of us will be confronted with at least one of the above-mentioned choices even in the most secure of the technical sciences. Either truth or falsehood: Toward spiritual independence or toward spiritual servitude.

And he who is not sufficiently courageous even to defend his soul—don’t let him be proud of his “progressive” views, don’t let him boast that he is an academician or a people’s artist, a merited figure, or a general—let him say to himself: I am in the herd, and a coward. It’s all the same to me as long as I’m fed and warm.

Even this path, which is the most modest of all paths of resistance, will not be easy for us. But it is much easier than self-immolation or a hunger strike: The flames will not envelope your body, your eyeballs, will not burst from the heat, and brown bread and clean water will always be available to your family.

A great people of Europe, the Czechoslovaks, whom we betrayed and deceived: Haven’t they shown us how a vulnerable breast can stand up even against tanks if there is a worthy heart within it?

You say it will not be easy? But it will be easiest of all possible resources. It will not be an easy choice for a body, but it is the only one for a soul. Not, it is not an easy path. But there are already people, even dozens of them, who over the years have maintained all these points and live by the truth.

If we are too frightened, then we should stop complaining that someone is suffocating us. We ourselves are doing it. Let us then bow down even more, let us wail, and out brothers the biologists will help to bring nearer the day when they are able to read our thoughts are worthless and hopeless.

And if we get cold feet, even taking this step, then we are worthless and hopeless, and the scorn of Pushkin should be directed to us:

Why should cattle have the gifts of freedom?
Their heritage from generation to generation is the belled yoke and the lash.