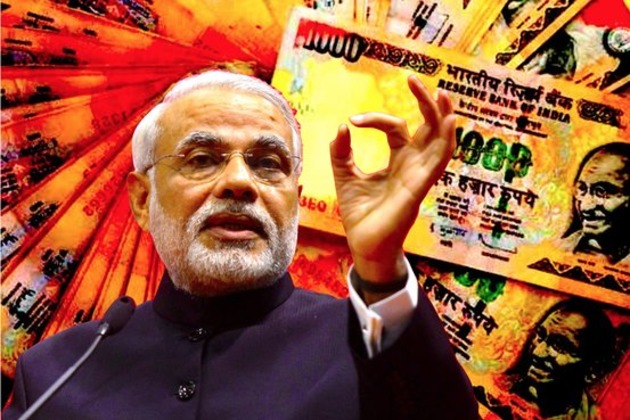 The mainstream media is finally waking up. In an article titled “Banning cash so you pay the bank to hold your money is what the IMF wants“, the Australian Broadcasting Corporation (ABC) reports that :

(…) the real motive for the cash ban isn’t the so-called “black economy”, but rather, to give authorities greater control over your behaviour during recessions.

This is not news to the Austrian school of economics. See for example this publication by the Mises Institute, from 2015.

For the strategic implications of this war on cash in India, see this series by GreatGameIndia.

For the uninitiated, please also see the heavy involvement of the Americans in the demonetisation decision of 2016.

What follows is the relevant extract of the ABC article.

” (…) there’s a theory gaining traction that the real motive for the cash ban isn’t the so-called “black economy”, but rather, to give authorities greater control over your behaviour during recessions.

This theory, put forward by economists such as John Adams — and picked up by some federal politicians — has not been plucked out of thin air.

It is based on repeated public papers and statements by the international body in charge of financial stability — the Washington-based International Monetary Fund (IMF).

A recent IMF blog entitled “Cashing In: How to Make Negative Interest Rates Work“, explains its motive in wanting negative interest rates — a situation where instead of receiving money on deposits, depositors must pay regularly to keep their money with the bank.

Ten years later, interest rates remain low in most countries, and “while the global economy has been recovering, future downturns are inevitable”.

“If another crisis happens, few countries would have that kind of room for monetary policy to respond.”

The article then goes on to explain that to “get around this problem”, a recent IMF staff study looked at how it could bring in a system that would make deeply negative interest rates “a feasible option”.

The answer, it said, is to phase out cash.

The thought of paying the major banks to hold your money isn’t one that most consumers would jump at.

The alternative — as risky as it may be — is hoarding cash, or making investments in tangible commodities like gold.

So, the end game, the article explains, is the IMF’s ideal world — one without cash.

“Without cash, depositors would have to pay the negative interest rate to keep their money with the bank, making consumption and investment more attractive,” it said.

This, would “jolt lending, boost demand, and stimulate the economy”.

In other words, the central banks get greater control to influence your behaviour and economic outcomes.

For those who have faith in monetary policy and central banks, this is no problem.

But one year on from the banking royal commission, faith in our financial institutions — and the regulators who failed to police the banks’ bad behaviour — isn’t exactly at an all-time high.”