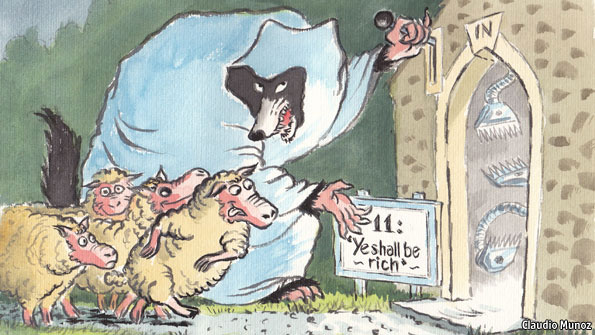 By Joakim Book on Mises.org

The now-40-year-old subdiscipline was launched by its founders Daniel Kahneman and Amos Tversky in what they called “Prospect Theory,” now teachable as elective courses to most undergraduates all over the world. At its core lies a dissatisfaction with hyper-rational and optimizing agents in many standard economic models. Instead, its proponents introduce a touch of psychology into economic decision-making, attempting to capture formally some results that expected utility theory and other standard tools of mainstream economics allegedly couldn’t account for.

Setting aside the many problems of the kind of economics taught in your average economics department, the attempt seems sketchy as psychologists have an even less impressive grasp on human nature than economists do (replication crisis, anyone?).

The strict and somewhat unrealistic meaning of “rationality” used in mainstream economics differs radically from the Misesian understanding of man applying means in order to achieve ends. In short, it simply means consistency, as Mario Rizzo has pointed out. Behavioral economists design “experiments” that manage to trick their study subject into some blatant inconsistency, call it irrational and describe the phenomenon as the result of some innate cognitive “bias.” Rizzo writes :

The field has produced more than a hundred and fifty such biases (see the Wikipedia page). They have become a grab bag of “tools” to use in a myriad of policy-relevant cases. People save too little; they eat too much; they borrow too much from payday lenders; the get into credit card debt; they don’t enroll in retirement programs; they are too optimistic about their abilities to cope with bad events (the occurrence of which they may be too pessimistic); they smoke too much because they do not “fully” appreciate the dangers of smoking or their personal vulnerability; they cannot appreciate the full personal value of saving energy costs.

The subjects of these experiments are usually bored and predominantly WEIRD (“Western, Educated, Industrialized, Rich and Democratic”) undergraduates in psychology or economics participating for course credits or Amazon vouchers. Placing them in artificial — or even hypothetical — settings, the researchers set out to derive something universal about human nature as it pertains to market transactions. It should strike most observers as a pretty doomed mission. In his Myth of the Rational Voter, Bryan Caplan shows that while test subjects in some contrived setting might opt for ‘irrational’ choices, once students repeat the exercise, they tend to improve. Looking at even remotely similar decisions in real-world economic scenarios that people are familiar with makes them act more in line with what economists would term “rational.” Caplan concludes that “economic actors in their ‘natural habitat’ look considerably more rational than they do in the lab.”

For all their talk of overhauling the unrealistic economics profession, a standard practice of behavioral economists is to write up the same utility-maximizing functions they were just lambasting, but adding a new revolutionary variable (“inequality aversion,” “loss aversion,” “decision weights”) that marginally changes the optimization problem to capture the so-called bias.

Let’s use a typical example for illustration, an example that includes the so-called “status quo” bias, the “endowment effect” and “mental accounting.”

According to expected utility theory, a loss of $1,000 ought to feel the same regardless of where and how it happens; after all, money is fungible and literally displacing $1,000 in cash hurts your personal finances as much as an unexpected extra cost of $1,000. When surveyed, most WEIRD students say that suffering a $1,000 loss is worse than seeing the market value of your portfolio decline from $100,000 to $99,000. Behavioral conclusion? Irrational. And they contrive all kinds of “biases” for why people overwhelmingly opt for one over the other.

Now, if we step back for a minute we realize that the researchers are comparing apples and oranges — and not because of a diminishing marginal utility of wealth arguments. Portraying the examples as equivalent, they rely on students to sneak in two hidden assumptions in the different scenarios:

1) Compared to what? The late professor of international health, Hans Rosling — most known as the “celebrity statistician” who illustrated population growth and economic growth on stage by washing machines and bubbles or massive blocks — used to say that numbers must always be put into perspective. Always be comparing thy number! In the portfolio example we have a natural point of reference: the size of your portfolio. Even if we can’t quickly calculate percent (a 1% loss), we understand that it’s not that big of a change.

In the first scenario we don’t, so we are naturally going to introduce our own references — restaurant meals, coffee, rent — in which case $1,000 is a sizable amount of money. The behavioralists are merely capturing what we believe to be “a lot” in two completely different circumstances. They might as well have surveyed prospective home buyers on what’s an expensive/cheap price for a standard house and then contrast that figure with what the same people think is an expensive coffee. Nobody would be silly enough to believe that such a survey had anything remotely useful to say about humans’ economic actions.

2) Permanence. The other assumptions introduced through the back door lies in the description of “portfolio.” We are explicitly told that this is a stock market, and even those without intricate knowledge of finance knows that markets go up and down on a daily basis. Indeed, daily moves in the S&P500 of around 1% happens on average every four trading days. Somebody pondering a loss of $1,000 out of a $100,000 portfolio understands that this is a common stock market move and that it may very well reverse itself shortly. The first scenario carries no such background description and so makes us believe that it’s a one-time irreversible loss.

Behavioral economists are deserving objects of derision. They dress up trivial or outright incorrect statements in fancy language and mathematics, gaining status at the expense of truth. But not even they have the power to fool most people more than occasionally. And those occasions probably don’t tell us very much about actual people’s choices as consumers or producers.