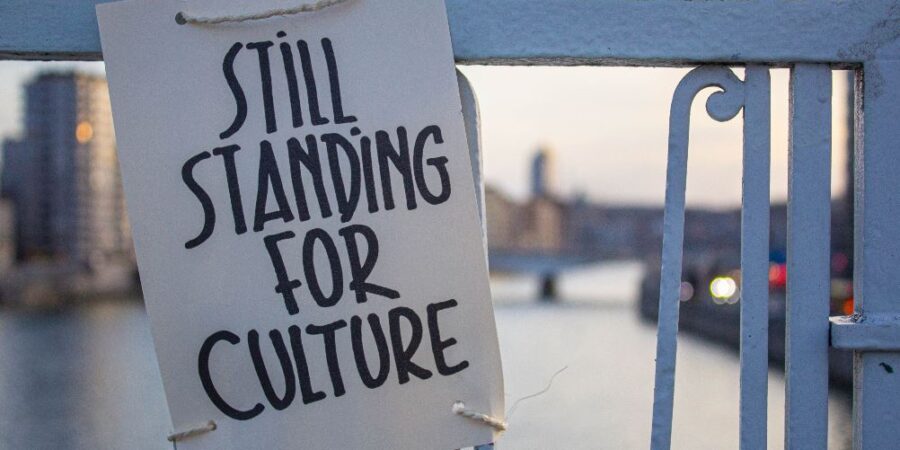 From the Courrier des Stratèges

On Sunday, December 26, moviegoers were present at the Palace, Vendôme, Kinograph and Galeries cinemas in Brussels and Liège. These cinemas have opened their doors. Civil disobedience actions continue in the Belgian cultural sector despite new restrictions imposed by the government. Are we heading towards the era of popular uprisings (cf. M. Maffesoli) in Belgium too? The global refusal of confinement and restrictions on freedoms is growing.

A rebellion of the Belgian cultural world

Faced with the Omicron variant in Belgium, the Prime Minister announced on Wednesday December 22 the closure of theaters and cinemas. The entry into force of this new measure was scheduled for Sunday, December 26.

Since the announcement of this restriction, actors in the cultural sector in Belgium have launched actions of civil disobedience. Sunday, December 26, they again opened their doors to moviegoers. The latter came in large numbers.

Cinema Palace Liège director Eric Franssen said “People are happy to be able to come and we are happy that they are here. Let’s say it’s a good Sunday based on the numbers. “

The cinemas plan to continue operating, especially as police have said there will be no checks yet. The owners said if law enforcement does show up and impose fines and moviegoers leave the scene, they will shutdown the cinemas.

An “unjustified and reckless measure” according to the cultural sector

According to the industry in Belgium, these actions of civil disobedience are a way of showing that the government has adopted an unjustified and reckless measure. They believe that shutting down the cultural sector is not going to stop the spread of the coronavirus.

As a reminder, the new restriction only concerns cinemas and theaters. According to Eric Franssen, “this is a strong ideological act”. He added that the Cinema Palace has had an efficient ventilation system, equipped with powerful filters and CO2 sensors, for a year and a half.

As a reminder, Belgium has already experienced clear uprisings against the decision to lockdown and restrict freedoms. Such as the spectacular clashes which took place in Brussels, at the Bois de la Cambre a few months ago. There were 15 injured among the demonstrators, and 12 among the police.

There are increasing signals that we are sliding into the era of popular uprisings of which sociologist Michel Maffesoli speaks.