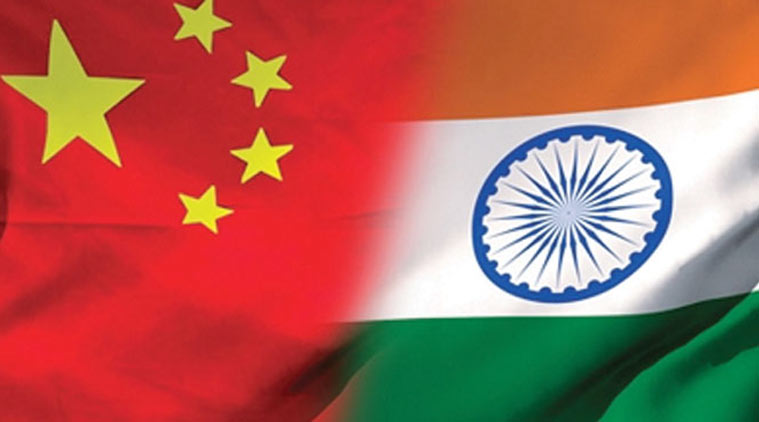 By Bharat Karnad on Security Wise

Soon after trashing Article 370, the first instinct of the Modi government was — no guesses here — to conciliate. S. Jaishankar, the external affairs minister and designated batter whenever China or the US hove into view, was sent off running to convince Beijing that this move did not threaten China’s interests to offset the effects of pleadings by his Pakistan counterpart Shah Mohammad Qureishi who had hightailed it to the Chinese capital to drum up support. But with Modi having previously described the abrogation as a purely “internal” matter, where was the need to reassure or explain a move to obtain a more perfect Indian Union to the eastern neighbour with no locus standi on the Kashmir issue other than as an annexer by stealth of India’s Aksai Chin territory (the Maozedong regime in the mid-1950s expropriated an eastern portion of this region to build the Highway connecting its western Xinjiang province to the mainland through Chinese-occupied Tibet), and as acceptor of a gift of another, contiguous, part of the same Aksai Chin that China coveted by an Ayub Khan eager to court Beijing’s patronage vide the Sino-Pakistan accord. In this context, the Zhongnanhai had the gall to say that revoking Article 370 impugned Chinese sovereignty! Instead of reacting strongly to such ridiculous statement followed by equally silly advice urging Delhi to show restraint because, according to Beijing, the situation was fraught in the region, Modi dispatched Jaishankar to apply balm and seek understanding. Rather, shouldn’t the MEA have publicly reminded China about the unrest in Hong Kong and about sustained Chinese actions unsettling the South China Sea and told Beijing, in so many words, to mind its own damned business?

Despite the gravest affronts and provocations to India’s territorial integrity and sovereignty over the years, Delhi has steadfastly refused to come out with its own ‘One India’ Doctrine and to equate it straightforwardly to the ‘One China’ principle Beijing insists all countries respect. Either China accepts all of the territory of the erstwhile “princely kingdom” of Kashmir, including Gilgit, Hunza, and Baltistan, and every last square inch under occupation of the Forces Command Northern Areas, Pakistan Army, as inalienable Indian territory, or India treats Tibet and Hong Kong under differentiated Chinese control, and Taiwan a fully independent and sovereign country, as very separate national entities. This is the sort of hard choice no Indian government has ever offered the hard-headed authoritarian rulers of Communist China. Indian governments from Nehru’s days have unfortunately sought China’s friendship and repeatedly got kicked in their teeth for their trouble. The Modi regime just as frequently and haplessly invokes the “Wuhan spirit”, urging “sensitivity to each other’s core concerns”, and allows Beijing to pile insult on injury (with its media arm, Global Times, warning that integrating Kashmir with India raises doubts about India’s credentials as potential permanent member of the UN Security Council — a status China enjoys — it must never be forgotten — because Nehru gifted it to Beijing, when international circumstances conspired to have both the Soviet Union and the US in the mid-Fifties wanting India to take the seat vacated by Chiangkaishek’s Taiwan!).

If Beijing has toyed with India in the diplomatic field, it has just as successfully played India for a sucker in the trade realm, mounting serious pressure on the Modi government to relent on security considerations and permit Indian telecommunications market leaders — Vodafone Idea and Bharti Airtel, with their architecture based on the Huawei 4G gear, to upgrade to that Chinese Company’s 5G equipment, and also to keep relying on other Chinese-origin manufacturers such as ZTE. Huawei, incidentally, was funded and nursed to maturity by the People’s Liberation Army and almost all Chinese telecom Companies have such PLA and Chinese intelligence linkages. The only apparent reason Modi did not succumb is because of the Trump Administration’s counter-pressure to bar Huawei 5G from the Indian scene, and not because the Indian government concluded on its own that for the country’s communications grid to pivot on Huawei systems would be to drag the Chinese dragon dressed up as an attractive Trojan Horse right into the centre of India’s communications hub, thus creating untold cyber security vulnerabilities.

If this wasn’t the case, why were Vodafone and Airtel allowed to go in for the Huawei 4G in the first place? This, mind you, was in the face of a public campaign launched at the time — among other writings that warned against such buys, see my innumerable posts on this issue at the time — opposing the entry of key Chinese telecom technology and highlighting the almost farcical assurances the Manmohan Singh government accepted from Huawei that, security-wise, its goods were clean, posed no dangers and that the technology checking centre it proposed setting up at the Indian Institute of Science, Bangalore, would adequately address India’s anxieties. It is another matter that no such centre ever came up, Airtel and Vodafone plonked for the Huawei 4G, and India’s capacity to resist Chinese cyber attacks that PLA has indicated will be in the van of its military offensives, was instantly undermined.

According to a recent Report authored by NK Goyal, President of the Association of India Communications Multimedia And Infrastructure (CMAI) “The malware/ backdoor can be made possible either in the equipment supplied initially or upgraded/modified by software later on, hence the risk. It’s really hard to find a security hole unless one know[s] exactly where to find it. A backdoor could be hard-coded into the silicon on a Huawei chip, then activated remotely, potentially opening with a few keystrokes the contents of an entire network to the Chinese military.” After warning about the official tendency of the Department of Telecommunications (DOT) and the Indian government generally to pooh-pooh the very real cyber dangers posed by the Chinese telecom technologies, the Report warned that in the process of trying to find “evidence of spyware” in “all our phone/computer chips, and in the Artificial Intelligence who-knows-where”, India shouldn’t get stuck with buying and installing Chinese-origin equipments embedded with electronic bugs, viruses to disable whole networks and backdoors to tap information. After all, Goyal concludes logically, “China is leading the world in spying on its citizens: Can we possibly imagine that they’re not planning on spying on us?”

The Modi government is embarked on the same blundering path that Manmohan Singh opted for, by not completely closing off the Indian 5G market to the Chinese telecom giants. Learning nothing from the past and ill-informed about the longstanding Chinese intent and efforts of subversion, a Committee headed by the Principal Scientific Adviser — a biochemist with little knowledge of cyber warfare-related telecom technologies, will reportedly soon recommend that Chinese equipment be included in the 5G rollout. This committee, per revelation by Smita Purshottam, only consulted with the telecom Companies who are hand-in-glove with Chinese equipment suppliers. Purshottam retired as our Ambassador to Switzerland and now heads SITARA (Science, Indigenous Technology & Advanced Research Accelerator), an organization dedicated to promoting indigenous technology at all levels in every sphere of national life, and particularly in the defence sector,

But returning to Purshottam’s point, it makes commercial sense for Airtel and Vodafone with Huawei 4G, for example, to upgrade cheaply to Huawei 5G than switch over to qualitatively matching or better Indian-developed technologies and systems, national security be damned! This Committee supposedly took enormous care to ignore Indian Companies (such as Saankhya Labs) fully capable of designing and manufacturing 5G and even 6G hardware and software, for which technologies they already have patents and hold Intellectual Property Rights! So it is reasonable for Purshottam to argue that India “leapfrog to 6G”, while also indigenously designing and producing 4G and 5G telecom systems for the extant Indian market and for exporting to developing countries who will be receptive to purchasing Indian technology. The African Union headquarters not too long ago discovered that the Chinese had hacked its classified communications network. Such a policy of fully indigenizing Indian telecom for national deployment and as export revenue earner will generate employment and act as “massive multipliers” consolidating India’s position in the forefront of telecommunications tech. This is now an imperative also because, according to Purshottam, 80% of “India’s sensitive networks…are already in Chinese hands, thanks to the Department of Telecommunications’ irresponsible handling of a strategic asset — our telecom networks.” Capture of Indian 5G, she avers, will “exponentially magnify” Beijing’s capacity for “cognitive communications [which linked to Artificial Intelligence] means we are surrendering control over unknown realms” to a belligerent adversary nation.

Worse and astonishingly, the Modi government is taking the same approach to de-indigenizing the telecom sector and forcing end-users to rely on foreign imported hardware and software, as it has done in the defence field where, willy-nilly, it is promoting armament imports even as the soaring Modi rhetoric exhorts ‘Make in India’ — sadly, a thinly veiled programme for screwdrivering and license-producing US, Swedish, French, Russian, Israeli military-use systems!

Purshottam discloses how this deplorable imports-fixated official mindset and procedures and procurement system-in-place prevailing in the defence field is being replicated in the telecommunications sphere. It is an approach involving (1) Chinese companies subsidised by Beijing being allowed “ruthlessly” to “underbid Indian Companies in telecom tenders”, (2) DOT refusing to release outstanding dues amounting to over Rs 1,000 crores owed to Indian Companies, (3) “one-sided discriminatory” bank guarantees being demanded of Indian telecom companies, and none from Huawei and that lot, and (4) Indian Companies being thus forced to “run around the world seeking expensive certifications”. By such means Indian Companies were ruled out of the running to supply 4G tech. (Refer Smita Purshottam’s eye-popping Aug 13 op-ed in Financial Express at https://www.financialexpress.com/opinion/telecom-networks-the-changing-face-of-conflict/1673863/ )

Come another Independence Day, and tomorrow we will all once again hear Modi, the Prime Minister, with rapt attention as he reels out the achievements of his government. But look deeper, and one sees that so little has changed. As a nationalist and promiser of “maximum governance, minimum government” he is presiding over the worst excesses of empowered bureaucrats, not empowered people. The country, as a result continues to reel, its economy continues to plunge, but an unaccountable government continues happily to splurge monies the nation doesn’t have on imports and more imports, even as the benefits of transferred wealth and millions of high-paying jobs in defence and telecom sectors are enjoyed by Western defence majors and China is helped to root telecom monopolies in India. If this is nationalism, then it is of a type I’m unaware of.