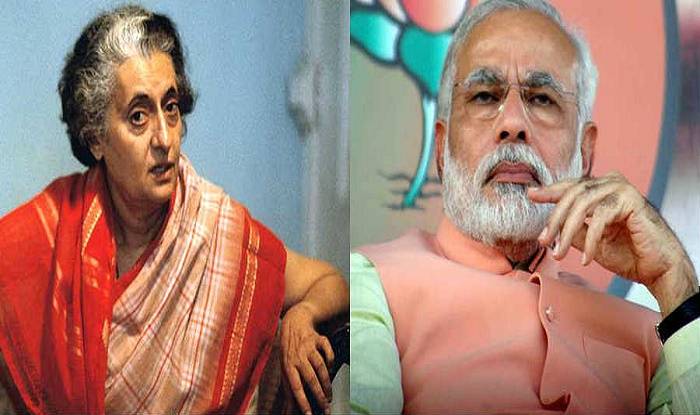 By Sanjeev Sabhlok on Seeing the Invisible

Our party has long been committed to the abrogation of Article 370. And if the Modi amendments are found to be legally valid by the Supreme Court, we would not ask for the restoration of Article 370 protections for J&K. On other details – we support Ladakh’s constitution into a union territory (UT) even as we reject the conversion of J&K into a UT.

But the main problem here is the way these changes have been brought about. Our party’s first comment, within an hour of the introduction of the Jammu and Kashmir (Reorganisation) Bill, 2019 on 5 August 2019 was that “SBP’s manifesto supports abrogation of Article 370 but the way it has been done is inconsistent with liberty and democracy”.

How would we have done it? Our party’s manifesto says that this reform should “be done in a manner which assures liberty to all Indians through a range of other reforms detailed elsewhere, and allows good governance to be established everywhere in India. Only after the rule of law along with equal opportunity has been brought to all Indians, will we request a recall of the J&K Constituent Assembly (as required by Article 370(3) of the Constitution) to consider this amendment. Without the goodwill and consent of the people of J&K, such an amendment will violate the spirit of democracy and liberty”.

None of these things happened. Instead, Modi skipped all the essential steps and went straight to the last step – that too in a mind-bending way reminiscent of a science fiction wormhole through the fabric of space and time. An absurd claim was made that the government of J&K itself has recommended the removal of J&K’s autonomy. Without a single debate occurring on this issue in J&K.

The legal situation, however, is that a governor is a caretaker acting on behalf of the President while an assembly is reconvened. Under such circumstances a governor cannot take decisions about the very existence of the state which he governs. Even assuming that the J&K constituent assembly can be deemed to have been recalled through the legislative assembly, it is mischievous fiction to claim that a governor is also that legislative assembly. A Baghpat-born, one-time MP from Aligarh of 1989 who assumed office in Kashmir’s Governor from 23 August 2018 can never reflect the views of millions of people who have lived in Kashmir all their lives.

And so on 5 August 2019 I started getting a strong sense of déjà vu. My experiences of dealing with ULFA and the Bodo terrorists in Assam flooded into my mind. It was clear to me from that experience that if the youth decide something, they do not hesitate to put their life on the line. I was also reminded of the failure of the USA to control Vietnam. Armies can never control a people.

Modi had not a single friend in Kashmir to speak out for the changes he wanted. All he had was a pliant Governor from the cow belt and control over the armed force. Brute power. Nothing else.

The right way to do this was to win the hearts of the people of Kashmir. For that he needed to ensure good governance and the rule of law in Kashmir but for the past five years he miserably failed to do so. And so he has chosen to mainstream Kashmir in a manner that directly attacks the sense of self-worth of millions of Kashmiris. He has effectively told the people of Kashmir that only their land matters to him, not the people.

Nations are built on stories and in these stories, perceptions matter. Self-respect matters most. As our party’s leader from Assam, Pankaj Das has pointed out, poverty never drives secessionist movements. It is all about alienation – the feeling of dispossession, helplessness, not being part of the nation-building narrative. Wherever these issues have been resolved it has been through empowerment and not mainstreaming.

Being acutely aware of the severe risks from these events, our party appealed to Kashmiri youth on 6 August to “take a positive approach, overcome any concerns and work for change”. One only hopes that Kashmiri youth will process these events positively. They should note that even though a majority of Indians seem to be celebrating the crushing out of Kashmir’s autonomy, there are parties like ours that remain committed to liberty and democracy and doing things the right way. Some good write-ups have also appeared in India’s press questioning the way this has been done.

Modi’s approach is reminiscent of Indira Gandhi’s declaration of Emergency. Surprisingly, Mr Advani, who was himself locked up by Indira Gandhi and who therefore committed to India that such undemocratic actions will never happen again, has supported the way Modi has locked up Kashmiri leaders and shut down Kashmir. Skin-deep – Advani’s and BJP’s commitment to democracy.

There was a reason why Gandhi always insisted that the means and ends must match. Subverting the Constitution and subverting democracy will not bring Kashmir happily and willingly into India’s fold. No doubt Article 370 was inconsistent with a united India and had to go, but there was a civilised way to do it.

Emerging reports of mass unrest in Kashmir from BBC and Aljazeera are a cause for alarm. Are Kashmiris going to rise to oppose this change? If that happens, Modi’s hastily and ill-thought actions may well end up pushing Kashmir into the welcoming arms of Pakistan. This much is sure – that Modi’s actions have gifted the Kashmiri separatists a huge surge of support. It will literally be impossible now for pro-India Kashmiri leaders to argue their case. The sporadic Kashmiris who have spoken up on Twitter (since the internet is still shut down in Kashmir) are expressing grim emotions.

The only advice our party can give the Modi government after he has badly messed up this reform is that he should urgently implement the governance reforms detailed in our party’s manifesto so that the youth of Kashmir can see the benefits of staying with India.

I wrote a booklet in 1997 in which I expressed the hope that the whole of pre-partition India might well ask one day to re-unite if India implements strong economic and governance reforms. But with the ham-fisted strategies and brutish methods of the Hindutva crowd (the same people who fought against independence and actively supported British rule), India may struggle even to ensure basic peace.

Permalink : Modi has skipped all the essential steps before Article 370’s abrogation