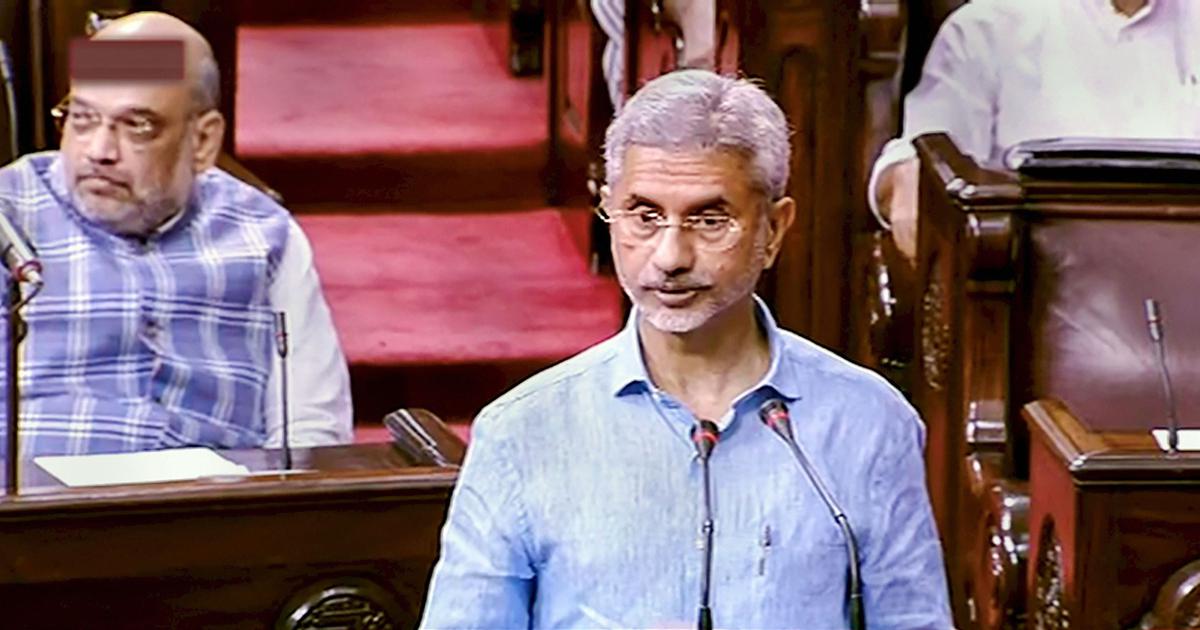 External Affairs Minister S Jaishankar skirted around the truth with his professional diplomatic flummery in the Rajya Sabha yesterday. Asked about India’s chances about securing a permanent seat in the UN Security Council, he said ” “Well, I will hope soon.” But then realizing he had gone too far in raising hopes, quickly corrected himself in the very next sentence. “I am realistic enough to know”, he added, “that it is a long and patient effort. We are not lacking in patience and not lacking in our perseverance and we are not lacking in our aspirations. We will get that one day. I am very confident and it is progressing step by step.” Ah,”one day”. He should have been honest and replied “never”, certainly not if India under Modi (persisting with the policy of his predecessors) continues enthusiastically to subscribe to and support the current world order.

Why? Because it is mightily inconvenient to slice up the international power pie six ways, when the existing 5 powers have each a fifth of the pie. Which country among the present permanent five members — US, Russia, China, UK and France — is idiot enough to want diminution of its power and authority that the permanent UNSC status endows them with? Pleading pitifully for the sixth seat in the UNSC — a glorified talk shop, displaying “patience” and “perseverance” and seeking “to progress step by step” in this regard, won’t do it, and hurts India’s self-respect and amor propre, not that the Indian government seems to care, won’t do it.

What will, I have argued, is if India becomes so excessively disruptive of international norms and the extant system that the P-5 are compelled to accommodate it in their ranks,or face a breakdown in their carefully constructed global power edifice. The example to follow is Maozedong who simply ran roughshod over the UN and its “rule-based international order, repeatedly cocked a snook at it, drove the US-led UN forces south of the 38th parallel, fought General Douglas MacArthur’s army to an impasse on the Korean Peninsula, and then enjoyed the great fortune of having a Third World chump in Jawaharlal Nehru surrender a Permanent seat offered India to China, just so that country took its rightful place at the global apex!!

India, as a non-signatory, could have made a beginning by upsetting the global nuclear apple cart that the P-5 had cobbled together by ignoring the 1968 Nonproliferation Treaty and responded with alacrity to China’s clandestine transfers of nuclear materials, expertise, bomb designs and missile systems to Pakistan starting in the mid-1970s by shipping whole N-bombs to Vietnam and, in time, to other states on China’s borders who expressed a desire for such armaments. Recall that China invaded Vietnam in 1979 and got a bloody nose for its troubles, the aggressor PLA Group Army leading the charge actually being defeated by the Vietnamese irregulars who took to the field before the Vietnamese army could see action. Given its security context, wouldn’t Hanoi have appreciated such a gesture and permanently put the Chinese dragon’s tail in a twist in a way the Pakistani nuclear deterrent has done to India? And consider the strong message that Indian action would have sent Beijing, and the absolute parity in geomilitary terms that would have subsequently achieved for India. Instead, under Manmohan Singh, India finally succumbed to the NPT and signed the civilian nuclear deal negotiated by, who else, our truly — S Jaishankar, then a relative small fry — Joint Secretary (Americas) in MEA, and now the country’s foreign minister, no less. As a result of the N-deal the possibility of India ever securing credible thermonuclear weapons to match China was thus dashed.

The fact is it is still not too late for Delhi to activate this option. But then Narendra Modi, as he has shown, would rather be patted on his back by the West and China for showing restraint when anything nuclear and to do with Beijing are concerned, and be celebrated for India’s “responsible behaviour” than serve the hard Indian national interest.

Jaishankar said one other important thing in Parliament — this regarding the Russian S-400 air defence system. It is  “very clear” to everybody, he declaimed that India took decisions on merits. “We will not be influenced”, he observed,”by other countries on what we do in terms of our national security and defence. If we have committed to the S-400 agreement, which we have, then other countries need to respect that decision.” Sounds nice, doesn’t it though? One little problem. He talked of the “merits” of weapon systems India buys from a slew of foreign countries as an explanatory variable.

Doesn’t this open up the matter of the Modi regime and F-21 — the venerable 50 year old “museum ready” F-16 fighter aircraft by another name which Jaishankar, in his capacity, incidentally, as head of the Tata Group’s global operations (or some such designation) pushed the BJP government to buy? Would Jaishankar in the cabinet when the decision comes up for making tout this aircraft’s “merits” other than permitting Tata — a haloed Indian company going down the wrong path under Ratan Tata) to assemble it and rake in the money in cahoots with Lockheed Martin, and the benefits to India from thus plugging into the US global value and production chain?

Jaishankar single-handedly negotiated the nuclear deal that finished off India’s nuclear ambitions. Who is to to say he, as foreign minister, won’t be equally persuasive — considering the direction in which prime minister Modi is leaning, in getting the Country to plonk for this perfectly inappropriate buy and kill off what remains of the Indian Air Force’s fighting capability? When he does, it will be interesting to ponder the “merits” of the F-16 in IAF colours that he will no doubt reveal.

Permalink : Pussyfooting around the truth