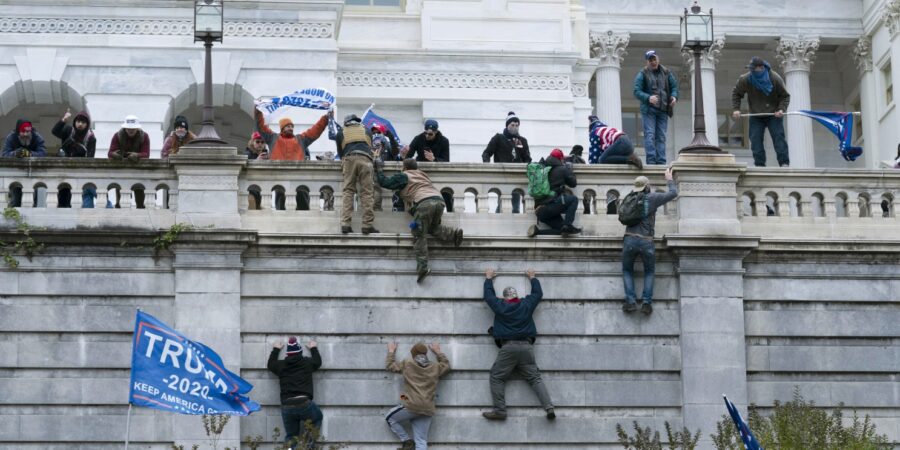 Writing this at three in the morning, January 6, 2020, I see rednecks from all over the United States streaming onto the Capitol Hill in Washington DC, intent on having the November election results reversed! Wilfully incited by the outgoing knucklehead of a President, Donald J Trump, they stormed the Capitol building housing the two houses of the American legislature which are involved in the formal certification of Joe Biden’s election victory. They streamed past paralyzed police and the paramilitary, National Guard, et al, who by and large are standing around doing nothing, perhaps, because the 30,000-strong mob was doing Trump’s bidding. So much for American democracy, a supposedly liberal system, in action!

Having witnessed such instances of breakdown of democratic norms on numerous occasions during my some 14 odd years spent in that country, I have long maintained that, while democracy as a system is inherently delicate and fragile everywhere, American democracy more than most others is always teetering on the brink of breakdown, hanging on for its dear life by its fingernails. And that US’ over-zealous profession of democratic values should, therefore, not be taken seriously. And I am not saying anything about institionalized racism in the US, most conspicuously targeting the black population in that country.

There is never any shortage of political drama in the US. It is rivetting reality television! Have been up all night watching what is deemed an “insurrection” unfold on CNN. In all my writings, I have always urged the Indian government to show US interlocuters the proverbial finger anytime they bring up the matter of India needing to up its game where the integrity of the democratic process and respect for human rights is concerned. As first order of business this morning, the External Affairs Ministry should wag a finger at Washington, as it does when there are riots and other disturbances in India. The MEA spokesperson should unctuously demand that the US government protect the democratic verdict and improve its democratic system. This’d be the appropriate thing to do considering how American agencies routinely meddle in the internal affairs of developing countries, including India, lecturing them on how a good demcracy ought to work. The US Commission on Religious Freedom, it may be recalled, recently put India on notice for violations.

Indeed, watching the mayhem in Washington on TV the former US President George W Bush likened America to a “banana republic”. Let India never again be lectured on freedom and democratic functioning by a banana republic then without the Indian government asking it formally, and diplomatically, of course, to shutup! Erdogan’s Turkey — an autocracy if there’s one — has already stuck a knife in Washington’s side by asking it to protect its democratic tradition!

To see the rule of law sidelined by security officers shrugging their shoulders and letting these crazed yahoos try and exert their will on the US Congress is to be reminded of Indian state and central police, time and again, standing aside and allowing rioters to do their thing undisturbed, simply because the law breaking is orchestrated by minions of the concerned Prime Minister or Chief Minister. Rajiv Gandhi let murderous mobs kill Sikh citizens at will on the streets of Delhi in 1984. And state police in Gujarat, Maharashtra, UP and in other states have frequently acted as bystanders as the Chief Minister’s supporters ran riot.

My initial experience of law & order breakdown in the US was during my first summer there, of 1968. I saw on TV Chicago Police go absolutely berserk, literally smashng the heads of young people protesting America’s involvement in the war against Vietnam. The scenes were so bloody and heartrending, it shocked my then fairly innocent sensibilities. Nine years later, I found myself on Ground Zero, as it were. It was during the 1979 Iran hostage crisis. I was on a sidewalk just outside the UCLA campus early one Fall evening and found an Iranian on the ground being mercilessly kicked in the stomach and head by two young goons. I was still about 20 feet away when I came upon them. They stopped, turned and started walking threateningly towards me. Two feet away, one of them asked angrily if I was an “I-RANEAN”. I responded truthfully that I wasn’t whereupon they turned and left!

As I tried to help the bloodied Iranian on the ground to sit up I saw not 8 feet away an LA Police patrol car parked with 2 policeman inside it. They hadn’t moved to prevent the beating of this grad student. I shouted out to them to help me get this grievously hurt person to the UCLA medical school hospital down the road. The dismissive response from one of them was: “Do it yourself!” before they drove off. I somehow managed to do that with the help of two other students. It occurred to me in a flash then just how gossamer thin the law & order pretensions of the US really are; and I have been skeptical ever since. My eyes glaze over and, instinctively, I stop listening when Americans, high and low, talk of their “democracy” as a beacon of anything, least of all hope, in the world.

Permalink : Beacon of Despair and Mobocracy