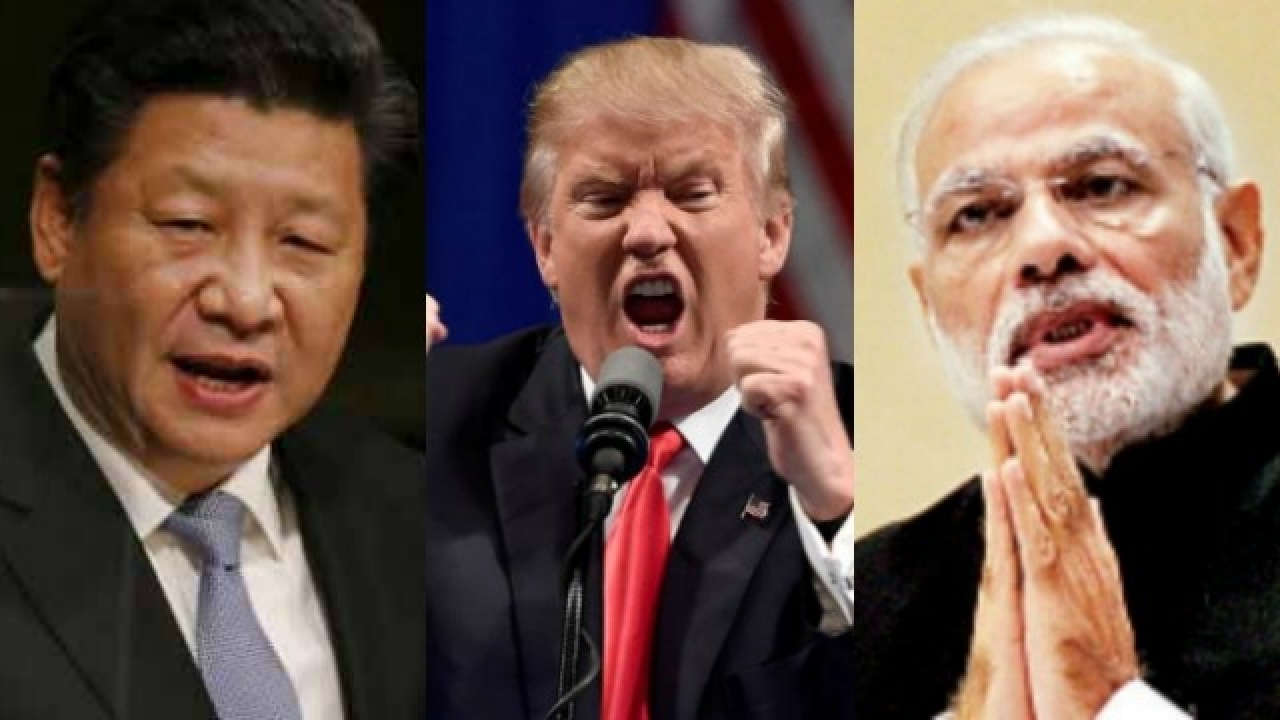 Forewarned apparently does not, for the Bharatiya Janata Party government, mean being forearmed.

In writings prior to and in my recent books — Why India is Not a Great Power (Yet) in end-2015 and Staggering Forward: Narendra Modi and India’s Global Ambition in late 2018, and in articles, op/eds and media interviews since, have been warning incessantly of the deep hole Prime Minister Modi is digging India into by thoughtlessly climbing on to Donald Trump’s bandwagon at one end and reflexively appeasing Xi Jinping and China at the other end. Troubles, as a result, may be coming home to roost in flocks.

After the over-hyped Houston tamasha and the equally overwrought media coverage of the PM’s UN General Assembly peroration which fell flat because, other than painting India as a do-gooder nation and cultural icon — a view there’s no international consensus about, Modi harped on terrorism and its source — the unnamed Pakistan. As former MEA Secretary Vivek Katju (in an op/ed) has correctly surmised, the terrorism issue has about run its course in terms of diplomatic traction it affords Delhi and puts the brakes on Pakistan’s attempts to get out from under the terrorist sponsor tag. This issue has been milked for all it is worth and has now become a barren cow. That Islamabad will not transit from the “grey list”to the “black list” automatically triggering sanctions is a certainty primarily because Washington can’t do without its help in re-starting talks with the Afghan Taliban. Moreover, the sunni Gulf nations’ siding with India has about peaked, the evidence for which is the fact that Prince Mohammad bin Sultan of Saudi Arabia used Imran Khan as the medium to initiate backdoor negotiations Tehran rather than stick with the US’ blow hot-blow cold strategy. The Iran-aided Houthi rebels’ drone attack on the premier Saudi oil refining complex that virtually instantly collapsed 40% of that country’s oil production capacity, sobered up Riyadh damn quick. So the sunni Arab states want to cut a deal with shia Iran, and the country most to benefit from this rapprochement will be Pakistan. As repeatedly stressed in previous posts, had India maintained its neutrality in the US-Israeli-Gulf versus Iran fight and not treated Tehran shabbily at Washington’say-so, Modi would have been in a position not only to mediate — a role successfully assumed by Imran Khan, but to secure unending long term energy supplies at a basement price from that region by subtly playing off Iran and Saudi Arabia, while retaining leverage with both. This in turn would have beefed up Delhi’s bargaining power with Trump. This power to strike beneficial deals with Washington, Tehran and Riyadh is no longer available to Delhi.

With Trump in a political slump and headed towards impeachment, leaders of countries who risked closeness with his Administration will feel the heat. While Volodymyr Zelensky of the Ukraine, Boris Johnson of Britain and Scott Morrison of Australia are in the line of fire in their own countries for cultivating proximity to Trump and their regimes may suffer should the Democrats cease control after the 2020 elections in the US, India may suffer some. Modi has made himself a target by openly canvassing the NRI vote for Trump at the ‘Howdy, Modi’ do as stated in my preceding post. Foreign Minister S. Jaishankar airily downplayed such a downturn by giving a twisted and unconvincing explanation for Modi’s foray into domestic American politics. Except, unlike Zelensky, Johnson and Morrison, Modi may not be hurt by this development because he will continue to sell himself to the Indian masses as someone Trump has special fondness for even if such supposed fondness has not, and will not in the future, fetch India any give on Washington’s part on any of the issues where the interests of the two countries collide. This much is clear.

At the World Economic Forum, for instance, the US Commerce Secretary Wilbur Ross asserted that a trade deal with India could be obtained in “five minutes” if India conceded American demands on e-commerce benefiting Amazon, etc. and, in any case, that his counterpart Piyush Goyal would have to make all the concessions to equalize the terms of trade. The fact that he did not raise the matter of US agricultural and dairy exports to India — the other sticking point, suggests that Delhi has already thrown in the towel. So, we can expect a surge in imports into this country of American agricultural and dairy produce, with the effected small trader, farmer and milk producer in India, being thus left in the lurch — as predicted in a post prior to the last one. Incidentally, Ross also waved aside concerns about the US treating India and China in the same way even though the trade deficits with the two Asian states are $17 billion and $419 billion respectively! So, which country, do you reckon, Trump would like to be on the right side of? So, why is Jaishankar sanguine about reaching a trade deal? That is because as experts in succumbing to charms-qua-pressure at the negotiating table, Delhi will compromise and keep compromising the national interest until there’s nothing left to compromise. Relations with China epitomize this Modi tendency institutionalized in MEA by Jaishankar.

The lead for setting the agenda for the Modi-Xi summit in Mamallapuram Oct 11-13 has been taken by Beijing. Luo Zhaohui, former ambassador in Delhi and currently vice minister after conferring with Foreign Secretary Vijay Gokhale, glided past all the Chinese provocations, the latest being Chinese foreign minister Wang Yi pointedly voicing support for Pakistan on Article 370 at the UNGA, one of only two leaders to do so, the other being Erdogan of Turkey, to say that the emphasis would be on keeping the “Wuhan spirit” — whatever that is — in play. “It’s clear that both sides won’t give up their longstanding positions on core issues”, he told a newspaper, “and the summit will be about carefully calibrating positions to satisfy the other partner and to take care of each other’s sensitivities.” Come again!! The only country whose sensitivities have so far been taken care of is China; this being the case, why would Beijing not want to continue with what has transpired so far?

Consider: Regarding Kashmir, China claims territorial interest even though it annexed most of the Aksai chin area, constituting almost a third of the erstwhile princely kingdom of Kashmir, as early as 1958, and then was ceded more parts of it by Pakistan vide the 1963 Ayub-Zhouenlai accord. But the Indian government has never, but ever, diplomatically raked up this matter of forcible absorption of Indian territory.

India gave up its inherited rights and privileges in Tibet even though, per the 1913 Simla Agreement, Tibet’s status was formalized as an Indian protectorate. With the HH Dalai Lama’s forced exile in Dharamshala India has been cagey about supporting him and the Lamaist traditions and, with Vajpayee’s 2003 visit, all but washed its hands off the issue. So, that option that India had, and still has, of activating the Tibet card has not materialized because Vajpayee’s recognition was for the Tibetan Autonomous Region as part of China, but because China has never permitted Tibet any autonomy that recognition is void — or so I have argued for years together, allowing India to get back into the Tibet tangle. But the fainthearted pussies in GOI/MEA want to have nothing to do with it. The Indian military has played its part in this sordid affair by not appropriately building up its warfighting capability in hinterland Tibet, choosing to stay stuck on a defensive line with Indian officers occasionally quaffing down maotai with the Chinese at flag meetings (as recently reported in the press)!

Further, Tibet, as I have maintained, should have been equated with Taiwan and Beijing’s insistence on the öne China, 2 systems-principle should have been countered with “One India”-principle with China requiring to acknowledge Pakistan-occupied Kashmir and the Aksai Chin it occupies as parts of India’s Jammu & Kashmir province. Delhi may then negotiate with Beijing for the latter to keep its part of the Aksai plateau, but the principle has to be held sacrosanct. Because China will not be easily moved, India should establish full-fledged diplomatic relations with Taiwan and formally ramp up its defence linkages with Taipei.

And most egregiously, Beijing has so far got away with nuclear missile arming Pakistan. A strong-minded government in Delhi should long ago have retaliated by transferring like armaments to all countries on China’s periphery, especially Vietnam with the kind of fighting spirit that India can only dream of. That would quieten down China as nothing else would. But again instead of tit-for-tat, we have stayed our hand. Talk of self-abnegation and outdoing the Mahatma!

And at the UNGA, when Wang Yi raised the matter of Kashmiris, was even a First Secretary at the UN Mission tasked by way of right of reply, about all of Xinjiang being turned into a vast concentration camp with Uyghur Muslims disallowed from manifesting any symbols of their religion — Islamic names, beards, prayer beads, madrassas? (When a hyperventilating Imran, talking a mile to the minute about the poor Kashmiris oppressed by the Indian army, was asked about the state of the Uyghur Muslims he answered blandly that he knew nothing about them!)

And talking of trade, it is so unbalanced it is surprising the Modi government has done less than nothing about it even as it presides over wealth flowing in torrents from the Indian coffers to the Chinese treasury. And yet there are Fifth columnists in the corporate world eager to drag in the Huawei — an out and out PLA funded operation — 5G system Trojan Horse inside India’s portals, chief among them Sunil Mittal of Bharti Airtel who, incidentally, is also the lead financier of an American Trojan horse already active in Delhi policy circles — Carnegie India.

With the entire caboodle of Indian political class, government, the corporate world, military, and the intelligentsia, seeing nothing wrong about the course the country is embarked on, India’s future cannot be other than bleak.

Permalink : The coming pain from putting eggs in the US and China baskets