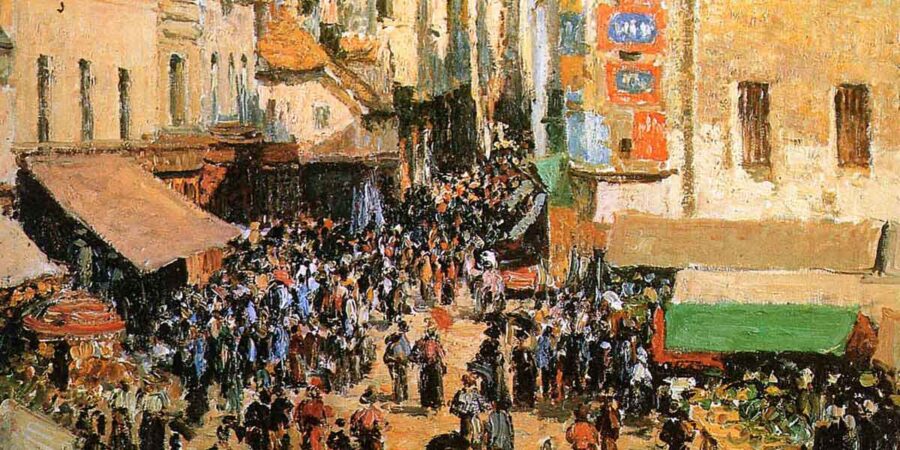 By Gary Galles on Mises.org (extracts)

Over the years, I have heard or read so many versions of claims that capitalism (though a better term is private property, voluntary exchange systems) was a “dog eat dog,” “survival of the fittest,” jungle of meanness, that I decided I wanted to try to bury those claims as part of my book, using as many hammers as might help. The result was my first seven chapters of Pathways, each of which addressed a particular problem with such calumnies against economic freedom.

Because of the multiple misunderstandings or misrepresentations that are part of the attacks on economic liberty, I thought it might be of interest to readers to read thumbnail descriptions of those arguments, because of their frequent resurrection over many years.

“Dog-eat-dog” assertions suffer from the fact that dogs don’t eat other dogs. It is nonsensical to rely on a metaphor representing something that doesn’t actually occur to condemn market systems as ruthless and hard hearted.

Charges that capitalism weeds out those less fit are glaringly contradicted by demographic trends since the increased acceptance of private property rights and voluntary arrangements. Rather than eliminating the less abled, capitalism has made billions of people able not only to survive but prosper. As Steven Horwitz put it, “Nothing has done more to lift humanity out of poverty than the market economy.”

3. Promoting the Peaceful Improvement of Others’ Lives

“Survival of the fittest” attacks against capitalism never answer the central question—fit for what? The key to the answer is the sine qua non of capitalism: private property rights. They prevent the physical invasion of one’s life, liberty, and goods without consent, an irreplaceable defense against aggression by the strong against the weak. In other words, private property protects those fit for voluntary cooperation—those who use their efforts and creativity to serve others—against those fit for the coercion of the jungle.

4. Economic Competition Is not a Darwinian Struggle

In market systems, people don’t just compete with others to consume, as in the Darwinian jungle. Individuals compete to consume by expanding production and wealth for others, in exchange for resources to support their own consumption. Anyone can offer to cooperate in production at acceptable terms, with the process rewarding most those who best advance consumer desires. Further, markets provide a special premium reward for producing what “the masses” want and are willing to pay, so that such “benefactors” gain greatly because they have provided great benefits for others, not at others’ expense. In that way, competition in production is, in fact, the primary uplifting force for the poor, not a means of trampling them underfoot.

5. Separating Markets from “the Jungle”

The rebuttal to assertions that the market is a jungle can be found in the most famous book in economics, Adam Smith’s Wealth of Nations, Book 1, Chapter 2. He noted that dogs do not have property rights, unlike humans. As a result, they do not produce for others, using their different talents and specializations to produce mutual benefits via exchange. That absence of production for others coordinated by voluntary exchanges creates a zero-sum world in which what one wins, the other loses. In contrast, people protected by private property rights are united by the vast positive-sum game of voluntary production for, and exchange with, others. In Smith’s words, “Among men … the most dissimilar geniuses are of use to one another … where every man may purchase whatever part of the produce of other men’ talents he has occasion for.”

6. Comparative Advantage Shows How We Can All Survive Better through Markets

Asserting that capitalism benefits the strong at the expense of the weak ignores the fact that, under capitalism, virtually all survive better. And a major reason is that they do not understand comparative advantage. As David Ricardo demonstrated just over two centuries ago, even if one country’s workers are less productive in making every good than another country’s workers, specialization according to comparative advantage, combined with free international trade, will benefit both groups of workers. As long as people are free to pursue their own interests, and market prices are not artificially prevented from adjusting, individuals will specialize in what they have a comparative advantage in, and benefit from that choice, even if they are absolutely worse than others at producing everything.

7. Survival of the Fittest (in Terms of Products and Production) Greatly Benefits us All

Dog-eat-dog “survival of the fittest,” “capitalism is a jungle” rhetoric is in error when applied to the people in society. But it is accurate if we are talking about ideas, processes, products and organizational forms. The market survival requirement of earning profits weeds out the least fit goods and services, and more costly production processes and organizational forms, greatly improving consumer well-being as better and better options are offered to them. And it has transformed billions that would once have been “unfit” into successes beyond even the dreams of earlier generations.

The seven thumbnails above only briefly sketch my arguments against assertions that capitalism is a brutal jungle, harming people. There is more to be found in those chapters of Pathways, as well as in well over 100 other chapters addressing reasons for policy failures (which I naturally think everyone should concerned with should read). But I wanted to make it clear to readers that there is not just one argument on the other side, but multiple hammers that are capable of beating such claims into submission for anyone willing to think carefully. And fortunately, since I oppose the coercion of others (the universal end result of arguments against private property, voluntary exchange systems), they only beat down bad ideas, and open the way for people to discover better ones.