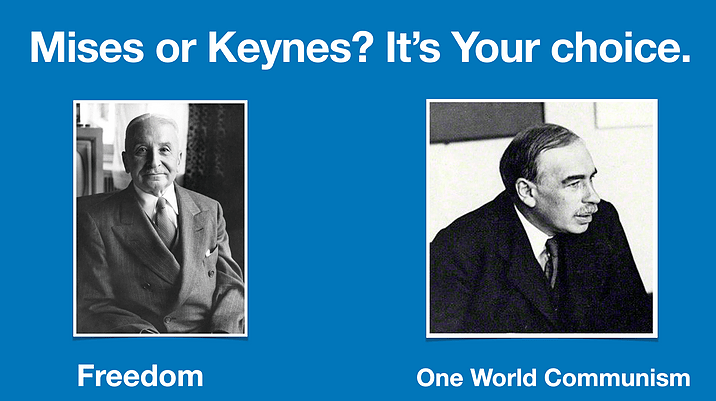 Originally published by Maneco64 on his blog

The topic of economics is often shrouded in mystery and arcane terms like GDP, marginal utility, money velocity and many other terms that make the man or woman on the street roll their eyes and completely ignore the subject. So in this article, we will be looking at the etymology or origin of the world economy, we will be looking at how and why the so-called economics profession has evolved and why, in my opinion, economics should be looked at more from a practical or real-world point of view.

According to Wikipedia: “the English words ‘economy’ and ‘economics’ can be traced back to the Greek word οἰκονόμος (i.e. “household management”), a composite word derived from οἶκος (“house; household; home”) and νέμω (“manage; distribute; to deal out; dispense”) by way of οἰκονομία (“household management”). So when we leave our parents’ homes to make our way in the world we are creating our own economy. We need to earn an income through work, we will be paying rent for our shelter, we will be paying utility bills, buying all the basic necessities, paying for transport etc…

So simply put, managing our household, is our economy. Keeping track of our monthly outgoings and income is how we arrive at a budget and ideally, if we would like to keep our household in order we need to try and keep our budget at least balanced. Unfortunately, “young economies’ will run a deficit or will have larger outgoings than income and will have to resort to borrowing the deficit, be it via credit cards or loans. Eventually these “young economies” mature and increase their income via promotion at work and frugality and will even be able to start saving a surplus income. Ideally, by the time we reach retirement age our household or economy will have been managed well enough whereby we can live a comfortable life with almost no debts left to pay off and preferably a balanced budget.

This concept of the economy or household management can be applied not only to our own households but to all kinds of other institutions like businesses, government, schools, universities etc… It is here, or in institutions outside the family household, that we have seen the concept of economics and good “housekeeping” be abused. I would say that the government or the state has exploited and twisted the concept of economics. A whole profession of Economics has evolved with the patronage of the banking and government establishment in order to justify the twisting original definition of the Greek term.

We will now look at how the Economics profession has divided the concept of economics in order to justify actions that would never make sense or produce favourable long term outcomes for our own household economies. The main driver of this division was John Maynard Keynes who is considered the founder of modern-day macroeconomics. With his magnum opus, The General Theory of Employment, Interest and Money in 1936 Keynes created, in my opinion, the division between the original concept of household management or microeconomics and the concept of the state running a nation’s economy or macroeconomics.

With the advent of the Great Depression in the 1930s, the stage was set for the general public to accept a bigger role for the state in the economy as economists like Keynes and others pointed to the economic collapse of the 1930s, which created huge unemployment and misery, as a consequence of a free-market that we could not trust. The followers of Keynes and Keynes himself did not point to the fact that the roaring 1920s were triggered by the manipulation of interest rates by the U.S. Federal Reserve (Fed) via the New York Fed in order to keep the British pound pegged to the pre-World War I exchange rate to the U.S. dollar. As the Fed kept interest rates artificially low to help sterling it triggered a real estate and stock market boom in the 1920s that led to the Wall Street crash of 1929. So by interfering in the free-market price of money or interest rate the governments of the U.S. and the U.K., via their central banks, actually helped plant the seeds of the Great Depression.

There was another school of Economics led by economists like Friederich Hayek and Ludwig von Mises that argued that the economy and the markets should be allowed to function freely and that the state should not be involved in the economy. This is is the Austrian School of Economics view, they believe that markets, which is basically people voluntarily dealing with each other throughout the economy, are better at determining what the price of goods, services and labour should be. Their argument is: how can a dozen or so bureaucrats in Whitehall know what is best for the local economy of Tyneside? So ever since the Great Depression, there has been a big debate in the economics world about free-markets and Keynesian state-run economics. The Keynesian School has had the upper hand and put the macroeconomy in the hands of an ever more big government and interference in the free market.

So we have had almost one century of almost continuous growth in the size of government in the economy as government interference and spending has surged in order to make sure the free market is reigned in. Prior to World War I government spending was rarely more than 10% of GDP (Gross National Product) while now it approaches almost 50% and has temporarily with the pandemic gone way over that level in the last 12 months or so. Unfortunately, the Keynesians don’t think the state or government need to follow the original tenets of the economy or good housekeeping like balancing the books or even running a surplus. Keynesians don’t care much that governments run endless budget deficits and that the national debt keeps growing and is never paid off.

One should not be fooled into thinking that Conservatives and Labour are any different when it comes to the macroeconomy. We are, of course, led to believe that the Tories believe in free markets and small government and that Labour believes in a more Keynesian or Socialist path for the economy. I would argue, though, that this political game is no more than a distraction to keep the general public or taxpayers under a heavyweight of debt and taxation that only helps perpetuate Keynesian Big Government and the bankers’ profits. It is the bankers, after all, who make huge fees from the ever-growing issuance of debt that keeps the state involved in the economy.

Is there then any hope for a freer and fairer economy in which government acts as a referee or arbiter of the rule of law and does not interfere in people’s everyday life or economy? The good news is that there is and it is called the free-market economy in which the size of government is kept to a minimum, taxation is low, regulation and red tape is a great deal less and people are left alone to run their household and the government is also expected to run a tidy ship of state with a balanced book and very little debt. It is up to each one of us to decide whether we want to live at the expense of the government (really our fellow men and women) or whether we would like to make our own way in the world. The choice is yours: Keynes or the Austrian School?

SUPPORT MANECO64: GOLD INVESTMENTS Use promo code maneco64 to get a 0.5% discount on physical gold and silver bullion purchases at https://www.goldinvestments.co.uk/