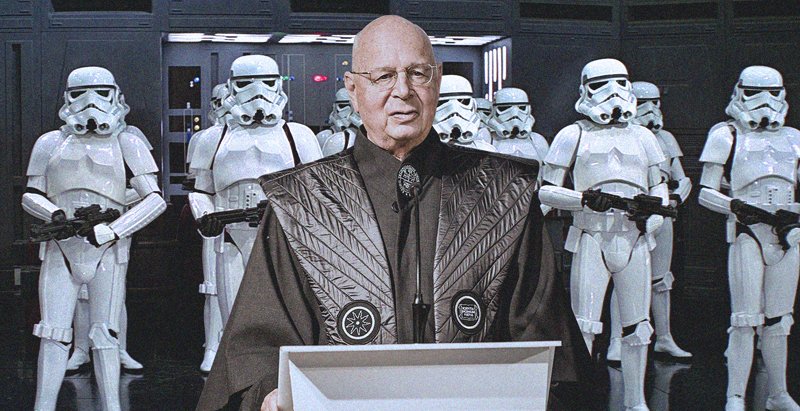 Translated from the original by Éric Verhaeghe

Is a global cyberattack that would block international trade and jeopardize the financial system to be feared? Klaus Schwab, founder of the Davos Forum, in any case, believes in it, and he is not the only one. This fear of a massive attack inspires the work of the “cyberpolygon”, which is to simulate a global attack this summer. After the coronavirus epidemic, we therefore know what the next global crisis in the global village should look like …

Should we fear a global cyberattack that would put the Davos order, and especially the financial order, to the ground? This is the main topic of the exercise “CyberPolygon” orchestrated by Davos, to which we will return at length in the coming weeks. But insiders will note that when Davos takes the time to simulate a future risk, the risk regularly has the bad idea of coming true. From there to saying that within two or three years a global cyberattack should bring the international financial system to the ground, there is only one step.

A global cyber attack that everyone expects

In all likelihood, and after multiple attacks on sites like Microsoft, a global cyber attack is expected to hit the mark and put the Internet out of action for a relatively long time. If not in 2021, it will be 2022 or 2023.

One manifestation of this attack is expected to be slowdowns or even “neutralizations” of payment systems deployed by banks. Bankruptcies should or could follow. This hypothesis is at the heart of the work carried out by many central banks, including the US Federal Reserve.

Suffice to say that this cyberattack, not taken seriously in Europe, is considered essential in the international order. It is preceded by numerous global attacks, including those targeting Microsoft.

One thing is certain: no one will be able to say that they did not know.

Cyberpolygon, the life-size exercise in Davos

Faced with this threat of total paralysis of card payments in the West, central banks are reacting as best they can. They are now largely relying on the Davos Forum to prepare their response. This forum reflects on the best way to counter the risks through the Cyberpolygon exercise.

No one knows what will come out of this exercise, but one thing is certain: the global elites will not be caught off guard in the event that this simple exercise foreshadows a real virus endangering global payments. It would be over, at least for several days or several weeks, with Visa or Mastercard.

Until then, it should be noted that the exercise is due to take place on July 9, 2021, and should help isolate the weak points of the Western response to a possible cyberattack (coming from China, since this is the trend).

Towards a major global crisis

The occurrence of such a massive cyberattack would reveal a weak point in globalization, and particularly in Western computer systems. No one knows to what, in the end, this type of incident, which can be accumulated in cascade, could expose us, particularly in terms of financial risk. Until then, common sense is to note that the Davos Forum is anticipating this crisis as the next on the list that no one dares to comment on.

The fact remains that the organization of a formal exercise on this issue speaks volumes about the dismay of the Davos caste in the face of rising perils.