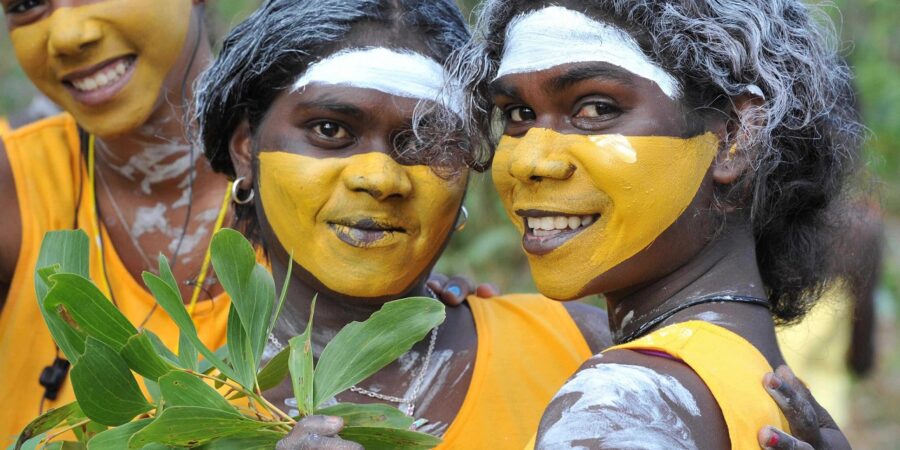 By Lipton Matthews on Mises.org

A leading trope of the contemporary environmental movement is that indigenous peoples residing in a precapitalist order are particularly skillful at managing the earth’s resources. These groups are often portrayed in the media as being in harmony with the natural environment. Without a doubt many indigenous groups are animistic and therefore may hold nature in high regard. But venerating nature does not preclude one from engaging in activities that have a deleterious impact on the natural environment. Indigenous peoples may respect the earth but pursue practices that are injurious to the environment due to gaps in their knowledge.

On the other hand, because indigenous societies are not homogeneous, we ought not to assume that all indigenous peoples are environmentalists or demonstrate a spiritual relationship with nature. In fact, few writers interrogate the practical considerations behind the practices of indigenous peoples. Observe the following declaration made by the Food and Agricultural Organization of the United Nations in a 2017 article: “Indigenous peoples see themselves as connected to nature and as part of the same system as the environment in which they live. Natural resources are considered shared property and are respected as such.”1 Evidence is rarely proffered to justify these baseless positions, yet this does not stop the propagation of such views by leading writers.

Unlike the unfounded assertions of radical environmentalists, studies paint a more realistic assessment of native peoples’ relationship with nature. As postulated by Calvin Martin, for example, the eastern Algonkian Indians revered animals due to fear.2 Based on their worldview, overhunting could result in being punished by wildlife. Hence, in that context conservation was driven by practical realities, not environmentalism.

Moreover, research has found that in native societies religious beliefs do not always bode well for the protection of animals.3 In his 1992 book Green Delusions Martin W. Lewis adumbrates the argument that practices inducing environmental ruin are not anomalous, but typical of indigenous societies. According to Lewis, “Severe overhunting by so-called primal peoples as occurred in many different parts of the world. As it turns out, not only do hunter-gatherers and (hunter farmers) sometimes slaughter their prey in a non-sustainable manner, but in several cases, they have actually been encouraged to do so by their religion.” Thus, Brightman (1993) argues that Cree Indians’ belief system encouraged, instead of preventing, indiscriminate hunting. In their society, refusal to accept all the bounty furnished by the spirits indicates that they are no longer in need of their gifts.4 Therefore, animals are killed in large numbers to replenish supply. These beliefs are supplanted by the idea that animals regenerate after death. Similarly, anthropologist Shepard Krech in his seminal The Ecological Indian (1999) provides copious examples opposite to the views of environmentalists.5 Krech propounds the argument that in numerous cases the mystical beliefs of American Indians were quite detrimental to wildlife. He posits that overkilling was a strategy to secure future bounty because natives viewed animals as sentient beings, who if not killed would warn their counterparts to be wary of hunters.

In this regard traditional native peoples are not dissimilar to individuals living in contemporary societies. Humans irrespective of their level of development will put their interests over those of other species. American Indians’ approach to bison hunting by Native American is a stellar example of anthropocentrism in an indigenous society. To quote historian Andrew C. Isenberg, “Even such precapitalist societies such as the equestrian bison hunter of the Great Plains were sometimes given to waste and degradation of the resources upon which they depended. To assume an unchanging, harmonious relationship between Indians and the Great Plains environment classes both Indian culture and nature as static.”6

Research exploring the association between native peoples and the environment has yielded results directly opposed to the fanciful claims made by the media and environmentalists. Larry Schweikart in a fascinating 2002 review of the evidence detailing this relationship opines that, “Controlled burns by the Indians often got out of control, and without modern firefighting equipment, flashed through forests, destroying everything in their path. Deer, beaver, and birds of all were already on a trajectory to extinction in some areas, because over and above the hunting done by Indians, natural predators and disasters thinned herds.”7More recent research has found that the actions of Native Alaskan hunters resulted in the extinction of an abundance of species.8

Though the image of native peoples as passionate protectors of the environment is well established, the reverse is true in many cases. So far, we have seen that many native peoples’ practices have had negative effects on animals. Furthermore, contrary to what is said by environmentalists, not all native peoples are nature lovers. Reports show that the natives of Indonesia9and the Solomon Islands often remove vegetation of all types as leisure when rummaging through the forest.10The Agta in the Philippines have no qualms about cutting down trees, and “pollute the air they breathe far more than most industrial nations,” according to Thomas Headland.11

Apart from religion and destructive agricultural practices, a major reason for waste and resource depletion in native societies stems from a lack of property rights, especially in hunter-gatherer communities. Despite the rantings of environmentalists, nature does not fare better under collectivist economic systems. The late Nobel laureate Douglass C. North remarks that “When common property rights over resources exist, there is little incentive for the acquisition of superior technology and learning. In contrast exclusive property rights which reward owners provide a direct incentive to improve efficiency and productivity, or in more fundamental terms to acquire more knowledge and new techniques.”12Native peoples, like all humans, respond to incentives. When property rights are well defined, they are far less likely to pollute or overuse resources. Environmental manager Terry L. Anderson in one of his many publications aptly describes how wildlife is maintained when families possess direct property rights, “It was in these family tracts that the supply of game animals was maintained by deliberate systems of rotation in hunting and gathering, and defended by family groups as a heritage from some remote time when the country had been given to their ancestors by the Creator.”13

Throughout history humans have sought to manipulate nature in order to advance societal goals. Like all individuals, native peoples have transformed their environment and engaged in activities that contemporary scholars consider unsustainable. Maintaining balance between economic growth and sustainable development is a challenge that requires smart thinking and strategy. Environmentalists may be dissatisfied with the apparent excesses of our era but lobbying for a return to the precapitalist order of native societies will not avert ecological crises. The free market model undergirded by property rights has been proven to be the system most adept at addressing pollution and resource depletion.