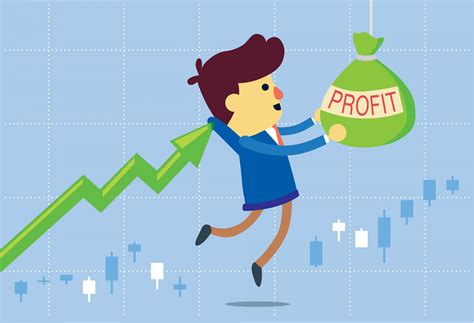 It is generally believed that economists, in dealing with the problems of a market economy, are quite unrealistic in assuming that all men are always eager to gain the highest attainable advantage. They construct, it is said, the image of a perfectly selfish and rationalistic being for whom nothing counts but profit. Such a homo economicus may be a likeness of stock jobbers and speculators. But the immense majority are very different. Nothing for the cognition of reality can be learned from the study of the conduct of this delusive image.

It is not necessary to enter again into a refutation of all the confusion, error, and distortion inherent in this contention. The first two parts of this book have unmasked the fallacies implied. At this point it is enough to deal with the problem of the maximization of profits.

Praxeology in general and economics in its special field assume with regard to the springs of human action nothing other than that acting man wants to remove uneasiness. Under the particular conditions of dealing on the market, action means buying and selling. Everything that economics asserts about demand and supply refers to every instance of demand and supply and not only to demand and supply brought about by some special circumstances requiring a particular description or definition.

To assert that a man, faced with the alternative of getting more or less for a commodity he wants to sell, ceteris paribus chooses the high price, does not require any further assumption. A higher price means for the seller a better satisfaction of his wants. The same applies mutatis mutandis to the buyer. The amount saved in buying the commodity concerned enables him to spend more for the satisfaction of other needs. To buy in the cheapest market and to sell in the dearest market is, other things being equal, not conduct which would presuppose any special assumptions concerning the actor’s motives and morality. It is merely the necessary offshoot of any action under the conditions of market exchange.

In his capacity as a businessman, a man is a servant of the consumers, bound to comply with their wishes. He cannot indulge in his own whims and fancies. But his customers’ whims and fancies are for him ultimate law, provided these customers are ready to pay for them. He is under the necessity of adjusting his conduct to the demand of the consumers. If the consumers, without a taste for the beautiful, prefer things ugly and vulgar, he must, contrary to his own convictions, supply them with such things.1

If consumers do not want to pay a higher price for domestic products than for those produced abroad, he must buy the foreign product, provided it is cheaper. An employer cannot grant favors at the expense of his customers. He cannot pay wage rates higher than those determined by the market if the buyers are not ready to pay proportionately higher prices for commodities produced in plants in which wage rates are higher than in other plants.

It is different with man in his capacity as spender of his income. He is free to do what he likes best. He can bestow alms. He can, motivated by various doctrines and prejudices, discriminate against goods of a certain origin or source and prefer the worse or more expensive product to the—technologically—better and cheaper one.

As a rule, people in buying do not make gifts to the seller. But nonetheless that happens. The boundaries between buying goods and services needed and giving alms are sometimes difficult to discern. He who buys at a charity sale usually combines a purchase with a donation for a charitable purpose. He who gives a dime to a blind street musician certainly does not pay for the questionable performance; he simply gives alms.

Man in acting is a unity. The businessman who owns the whole firm may sometimes efface the boundaries between business and charity. If he wants to relieve a distressed friend, delicacy of feeling may prompt him to resort to a procedure which spares the latter the embarrassment of living on alms. He gives the friend a job in his office although he does not need his help or could hire an equivalent helper at a lower salary. Then the salary granted appears formally as a part of business outlays. In fact it is the spending of a fraction of the businessman’s income. It is, from a correct point of view, consumption and not an expenditure designed to increase the firm’s profits.2

Awkward mistakes are due to the tendency to look only upon things tangible, visible, and measurable, and to neglect everything else. What the consumer buys is not simply food or calories. He does not want to feed like a wolf, he wants to eat like a man. Food satisfies the appetite of many people the better the more appetizingly and tastefully it is prepared, the finer the table is set, and the more agreeable the environment is in which the food is consumed. Such things are regarded as of no consequence by a consideration exclusively occupied with the chemical aspects of the process of digestion.3 But the fact that they play an important role in the determination of food prices is perfectly compatible with the assertion that people prefer, ceteris paribus, to buy in the cheapest market. Whenever a buyer, in choosing between two things which chemists and technologists deem perfectly equal, prefers the more expensive, he has a reason.

If he does not err, he pays for services which chemistry and technology cannot comprehend with their specific methods of investigation. If a man prefers an expensive place to a cheaper one because he likes to sip his cocktails in the neighborhood of a duke, we may remark on his ridiculous vanity. But we must not say that the man’s conduct does not aim at an improvement of his own state of satisfaction.

What a man does is always aimed at an improvement of his own state of satisfaction. In this sense—and in no other—we are free to use the term selfishness and to emphasize that action is necessarily always selfish. Even an action directly aiming at the improvement of other people’s conditions is selfish. The actor considers it as more satisfactory for himself to make other people eat than to eat himself. His uneasiness is caused by the awareness of the fact that other people are in want.

It is a fact that many people behave in another way and prefer to fill their own stomach and not that of their fellow citizens. But this has nothing to do with economics; it is a datum of historical experience. At any rate, economics refers to every kind of action, no matter whether motivated by the urge of a man to eat or to make other people eat.

If maximizing profits means that a man in all market transactions aims at increasing to the utmost the advantage derived, it is a pleonastic and periphrastic circumlocution. It only asserts what is implied in the very category of action. If it means anything else, it is the expression of an erroneous idea.

Some economists believe that it is the task of economics to establish how in the whole of society the greatest possible satisfaction of all people or of the greatest number could be attained. They do not realize that there is no method which would allow us to measure the state of satisfaction attained by various individuals. They misconstrue the character of judgments which are based on the comparison between various people’s happiness. While expressing arbitrary value judgments, they believe themselves to be establishing facts. One may call it just to rob the rich in order to make presents to the poor. However, to call something fair or unfair is always a subjective value judgment and as such purely personal and not liable to any verification or falsification. Economics is not intent upon pronouncing value judgments. It aims at a cognition of the consequences of certain modes of acting.

It has been asserted that the physiological needs of all men are of the same kind and that this equality provides a standard for the measurement of the degree of their objective satisfaction. In expressing such opinions and in recommending the use of such criteria to guide the government’s policy, one proposes to deal with men as the breeder deals with his cattle. But the reformers fail to realize that there is no universal principle of alimentation valid for all men. Which one of the various principles one chooses depends entirely on the aims one wants to attain. The cattle breeder does not feed his cows in order to make them happy, but in order to attain the ends which he has assigned to them in his own plans. He may prefer more milk or more meat or something else. What type of men do the man breeders want to rear—athletes or mathematicians? Warriors or factory hands? He who would make man the material of a purposeful system of breeding and feeding would arrogate to himself despotic powers and would use his fellow citizens as means for the attainment of his own ends, which differ from those they themselves are aiming at.

The value judgments of an individual differentiate between what makes him more satisfied and what less. The value judgments a man pronounces about another man’s satisfaction do not assert anything about this other man’s satisfaction. They only assert what condition of this other man better satisfies the man who pronounces the judgment. The reformers searching for the maximum of general satisfaction have told us merely what state of other people’s affairs would best suit themselves.