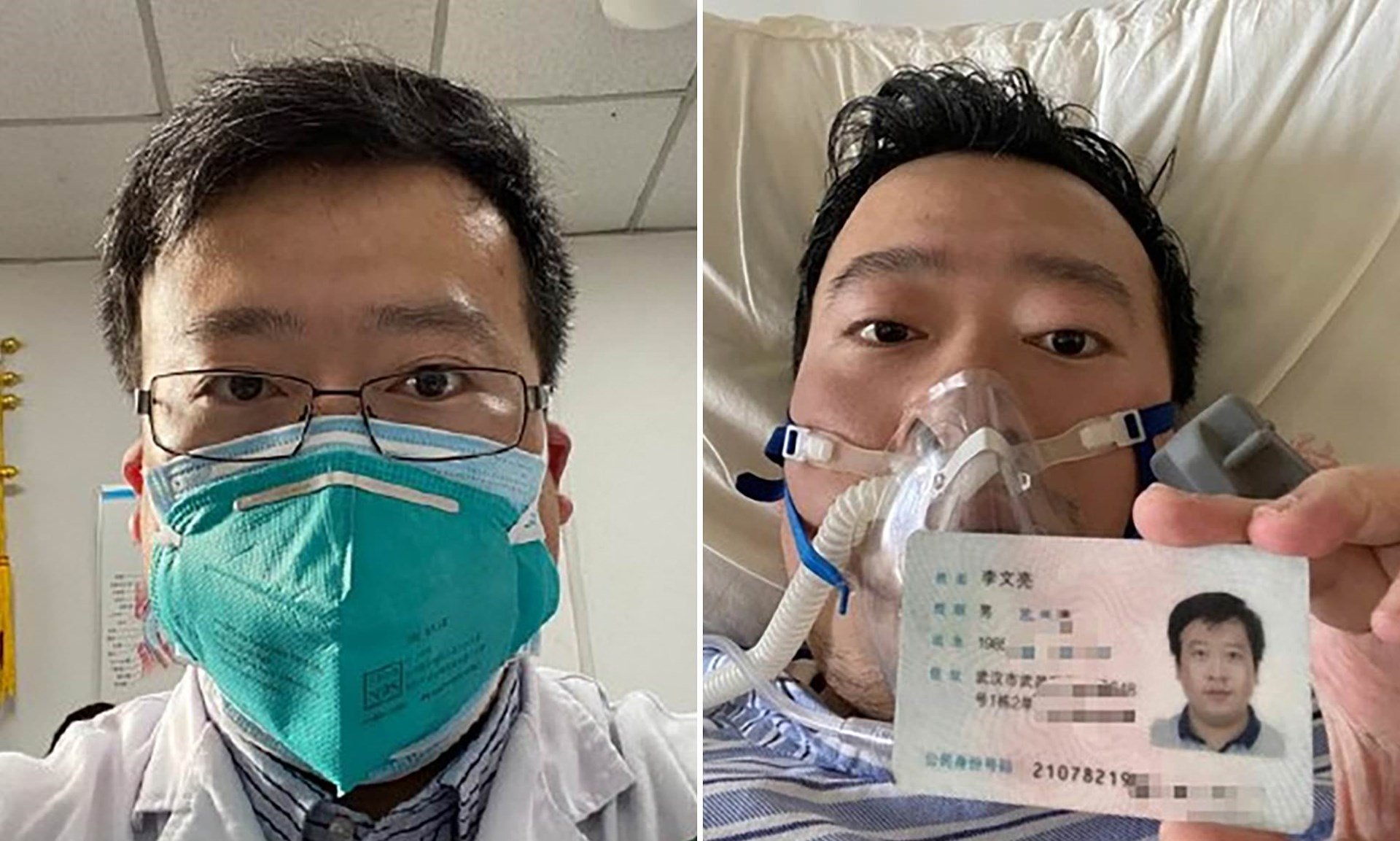 By Lawrence W. Reed on Fee.org

Dr. Li Wenliang, who bravely told the world of the deadly coronavirus, leaves behind a pregnant wife and a small child. He was 34.

hen the Wuhan coronavirus first made news in December, like most Americans I didn’t think much of it. The problem was half a world away. Few people were afflicted, and only a small fraction of them had died. We’ll probably hear the last of it when winter gives way to spring, I figured.

It hasn’t turned out that way, unfortunately. The spread of the virus exceeds even the worst expectations of a couple of months ago. The most conservative estimates suggest hundreds have perished and tens of thousands—maybe even hundreds of thousands—are infected. Whole cities in China are quarantined. Mounting disruptions are affecting travel to Asia, including my own.

I am booked to begin a lecture tour in Hong Kong in early March, followed by Jakarta, Indonesia, and then on to four cities in Australia. The first sign of potential trouble came by email a week ago. My local hosts in Hong Kong wrote that everything was still on, but that everybody was now wearing face masks. Speaking through a mask would be a first for me since Halloween in 1965, so I plan to buy one and start practicing. As of today, the Hong Kong leg of my journey is still on the calendar, but it won’t surprise me if I’ll have to start my tour in Jakarta.

Defying the Government to Help the People

Earlier today, one of the victims in China was a young ophthalmologist at Wuhan Central Hospital, Dr. Li Wenliang—the very whistleblower punished by the Chinese government in December for speaking out about the virus. Despite the socialist regime’s attempts to silence him (including censoring his social media posts and arresting him), Li became a hero—first to his medical school classmates and then to the nation he tried to warn.

He leaves behind a pregnant wife and a small child. He was just 34.

The full outline of his story, which came to light in recent weeks as the Wuhan outbreak exploded into an international emergency, set off a swell of outrage in China, where citizens have long chafed at the government’s penchant for relentlessly snuffing out any speech deemed threatening to social stability.

When the day comes that one-party socialism in China is tossed into history’s dustbin, Li Wenliang will be remembered as a rebel whose life helped make that glorious day happen.

In the meantime, let’s give credit to the Chinese government for at least one saving grace: News reports indicate that in the past week, authorities in Beijing removed tariffs and duties on imported medical supplies, including face masks. Normally, China produces about 20 million masks every day—about half the world’s production—but in just two days in January, one online shopping site in China sold 80 million.

When a disaster strikes somewhere in the US, we invariably hear demands for price controls. “Don’t let the price gougers get us!” they cry. Soaring prices for face masks in China, however, accompanied by the suspension of tariffs on them, are producing precisely what any good market economist would tell you is needed, namely, increased supply to meet soaring demand. The news today is full of stories about face mask producers as far away as France putting production into “overdrive.” If we’re going to have an epidemic, we can at least learn a little economics from it.

No one yet knows where this coronavirus thing is going, but I guarantee you there will be heroes along the way. They will include doctors and nurses and other health professionals and, to be sure, one very brave young man named Li Wenliang. R.I.P.