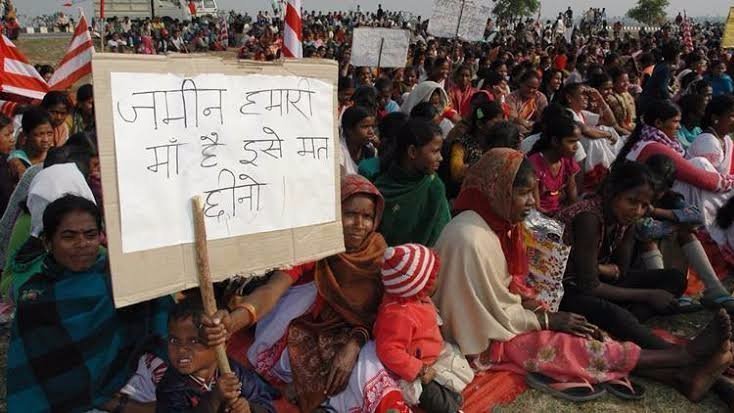 By Sourya Banerjee on SpontaneousOrder.in

As surprising as it may seem, people on both extremes of the political spectrum are in agreement when it comes to opposition to private property. While their reasons may be different, the overall effect on people remains the same. Almost invariably, it’s the poor and the marginalized who lose out and suffer, in the absence of a fundamental right to property.

Before going further, it is vital to understand that India did not always lack a fundamental right to property. Under the Constitution of India, 1950, the right to property was included as a ‘fundamental right’ under Article 19(1)(f) and Article 31 in Part III, making it an enforceable right. Historically this right can also be traced back to Section 299 of the Government of India Act, 1935 and the Universal Declaration of Human Rights of 1948. Additionally, it is evident from the Constituent Assembly debates that the Drafting Committee clearly understood the importance of such a right. However, it was during the first decade of our independence that the then Government, in an effort to provide economic justice to the deprived, clashed with land-owning zamindars and threw out the baby with the bathwater. The fundamental right to property was effectively abolished by the 4th Amendment to the Constitution of 1955. What began as an attempt to redistribute land to allow a newly independent population a chance at a better future ended up being used to seize land and property, including printing machines from media houses, from the citizens at the whims and fancy of a Government with complete power. It was not until much later that a much less enforceable and actionable constitutional right to property was added to the Constitution. But the said Constitutional right is merely a weak reflection of what the fundamental right was meant to be and has been unable to prevent marginalized people from being disposed off their property. Some examples of this:

a) In February 2019, the Supreme Court had ordered the forced eviction of more than 1,000,000 tribal and other forest-dwelling households from forest lands across 16 states. The court’s orders had come in a case questioning the validity of the Forest Rights Act, 2006. The petitioner, who was a wildlife preservation NGO, had demanded that all those whose claims over traditional forest lands were rejected under the law should be evicted by state governments as a consequence. It is important to point out here, that those being evicted were indigenous tribal communities that did not have historic government records for land ownership. In this specific case, even the state governments had admitted that they did not really follow the procedure before rejecting the claims and were willing to review the claims. Thankfully, the Supreme Court had stayed the Order before the tribal people were forcibly displaced.

b) On the 3rd of September 2020, the Supreme Court ordered 43,000 slum dwellers to be removed from their dwelling places near the railway lines. Surprisingly, the Court order stated that it could not be stayed in future by any authority. The slum dwellers are going to be displaced and the railways have no real obligation to resettle or compensate them. Allegedly the slum dwellers were a cause of nuisance, but the apartment complex right next to the slums are deemed to be of no concern by both the SC and the Railways.

3) The Sardar Patel Statue, which seems to have been erased from media memory, perhaps because it did not generate the revenues the Government had expected, had resulted in thousands of tribals disposed off their lands in the name of tourism and regional development. Those displaced includes many tribal families who were never given a choice or compensated.

4) In October 2020, the Guwahati High Court passed an order asking Kaziranga park authorities to evict “illegal” occupants of the park, as the park expanded to almost twice its original size. The so-called “illegal” occupants are farmers and tribal families who have lived there for generations.

Such examples are littered across our past and present, instances of Government removing tribal communities from their own lands, either due to NGO interventions, or cronies wanting to seize the land without consent of adequate compensation. In the absence of a Fundamental Right to Property, it’s almost always the poor and the marginalized who have stuffed. It is important to remember that Ms Kangana Ranaut got the Bombay HC to stay the destruction of her allegedly illegal construction by BBMC within 24 hours, through an urgent hearing in the middle of a pandemic. This was during the same month when slum dwellers were not even allowed to seek a stay against the order rendering them homeless.

In Mumbai, it is well known that the once planned Peddar Road Flyover was scrapped because of influential individuals, including Lata Mangeshkar. The reasons for their opposition ranged from possible damage to nearby buildings to the flyover blocking ventilation to Ms Mangeshkar’s house. It must be understood that those with power and influence do not necessarily lose the power or influence when a government suspends the Fundamental Right to Property. By virtue of their influence, they are still safeguarded from having their property rights violated. The Fundamental Right to Property was always supposed to protect those without power and influence against the acts of a State – whether it’s a State which is on a vengeful campaign to seize property in the name of ‘revenge‘ or a State which helps some crony remove tribals and seize their land.

So to those who say “property is theft“, “property ownership is violence“, “the State has absolute right over all property“; I would ask them to look at the tribal families, slum dwellers, among thousands of others dispossessed of their property by the State, and tell them that the State act of seizing their land and rendering them homeless is not violence, but their owning land, they have historically lived on, is.