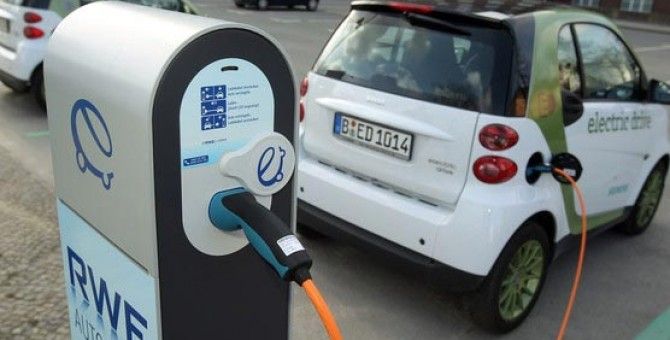 By Pierre Allemand on Contrepoints.org

The idea of recharging the battery of an electric car in less than 5 minutes must be abandoned: physics says no.

We can no longer count the triumphant announcements proclaiming that the new XYZ Plus battery (or other) will finally solve the problem of capacity and rapid recharging which will make the electric car as efficient as the conventional thermal vehicle with a recharging time of less than 5 minutes and a mileage capacity equal to or greater than the 800 km range of most diesel vehicles today.

And our journalists who specialize in the matter, seeing that electric cars which required 24 hours of charging in the early modern era have seen their possible charging time quickly drop to 12 hours, then 6 hours, and seem to quickly decrease to over time, say confidently: the 5 minutes are coming soon!

Well no, answers the physicist. There is a barrier, invisible but very present.

The Research on Batteries

Battery research is quite possibly the subject that has already mobilized the most research resources in the world for several decades. And this without really convincing results: the decisive technological leap never took place (one might be surprised at this relentlessness, but that is beyond the subject of today).

It is also said that the initial period of development of batteries has been one of the longest ever research projects (150 years?). The reason being that physics stubbornly opposes the discovery of electric batteries with performance comparable to that of a modest fossil fuel.

The challenge is simple to state, but difficult to achieve. The idea is to create a battery with the following characteristics:

2. Rechargeable in less than 5 minutes (average time to fully refill diesel in a car).

3. The above two performances should not decrease during the entire life of the vehicle

4. Batteries must remain solid throughout the life of the vehicle.

Despite the tremendous amount of research, current batteries (2020) are still far from this performance. Furthermore, physics clearly limits the possibilities for innovation in this field.

The essential problem, never clearly mentioned by the manufacturers, comes from the above characteristic number 2. To understand it, you have to examine what happens in the pipe of a pump when you fill it up with fossil fuel.

I mean the energy flow, that is to say the amount of energy that must transit, during the time of filling fuel or charging, either in the pipe, in the form of fuel, or in the charging cable in the form of electricity.

To satisfy condition number 2, it is necessary to be able to pass through the electric vehicle’s charging cable an amount of energy equivalent to that which passes through the pipe, and this is where the problem lies.

One of these goals is impossible to achieve

The full tank (60 liters, or 48 kilos) of a diesel vehicle therefore contains a total releasable energy of:

Note that the capacity of the batteries[1]The capacity of a battery is the quantity of electrical energy that it is able to restore after receiving a full charge, for a given discharge current regime, a defined cut-off voltage and … Continue reading equipping current electric cars is around 50 kWh, i.e. around 10 times less than the value above and that the Tesla Model 3 could be equipped with a 100-capacity battery. kWh, or around 5 times less than this value.

However, the performance must also be taken into account. According to Wikipedia, the overall efficiency of a thermal vehicle on the highway is only 20% of the fuel at the wheels. The energy actually usable from full fuel is therefore only:

For a fair comparison with an electric vehicle, therefore, divide the above 117.1 kWh by the product of the EV efficiency (motor and charging), and the energy becomes:

The energy calculated above should be transferred by the pump to the tank within 5 minutes. The pseudo-power [2]Transferring (and not consuming) a certain quantity of energy in a certain time t can be noted E / t and therefore has the dimension of a power. The result of this operation can be called … Continue reading corresponding to the transport in this time of the same quantity of energy in a hypothetical fast-recharging battery (5 minutes, or 1 / 12th of an hour) will therefore be 186.2 x 12 = 2,234 kilowatts, or about 2.2 MW. [3]Be careful, this is not real power, but the result of dividing energy expressed in kWh by time expressed in hours. The result is therefore expressed in kW and has the dimension of a power, but it … Continue reading

This value is closer to the power of a medium power transformer supplying several hundred homes, than to that of a domestic installation (about 12 kW for a large home).

Note that since it is a matter of transferring a quantity of electrical energy from a generator to a battery, and that in a given time, the result of the division of the quantity of energy by time corresponds well, in this case, to the electric power of the recharging generator.

It is a large amount of electrical energy that must be transferred in a relatively short time. To put it simply, under a voltage of 500 volts direct [4]Tesla and Porsche are considering charging stations capable of charging a vehicle in “a handful of minutes” which, according to the referenced article, would require 600 kW of power., the connecting cable between the station and the battery would have to withstand an intensity of 4400 amperes, which seems rather unrealistic.

Indeed, even assuming that the battery is modified to be able to receive a load under 500 continuous volts and 4400 amperes and that we can install a charging station providing these characteristics, the requested power (more than 2 megawatts) is such that this terminal could only be installed in certain specific and few sites and that there would be no question of installing two terminals at the same place, which would correspond to a power of 4.4 MW.

The cable capable of withstanding the 4400 amperes required should, according to the data in the chart p 14 (reference) be a 225 x 20 mm copper bar to be able to withstand the intensity with a temperature rise limited to 30 ° C at above room temperature. This type of device would pose almost insoluble problems with regard to the connection itself (quality of the contacts) as well as the precise positioning of the vehicle in relation to the power bar.

Recognize that these constraints are such that they eliminate both the possible existence of recharging stations regularly distributed along the roads, but also that of a configuration of batteries and link systems capable of withstanding these constraints.

Since silver is the most conductive of all metals, one can hope to reduce the dimension stress of the conductor by replacing copper with silver. Unfortunately, the differences in resistivity between the two metals are small (copper: 1.72 µohm.cm, silver: 1.59 µΩ.cm. (Reference: CRC Handbook of Chemistry and Physics 46th edition).

This replacement can modify the dimensions of the conductors by a few percent at best, without fundamental improvement.

It is possible to carry a current of 4400 amperes in a superconducting material maintained at a temperature below its critical temperature by circulating liquid nitrogen = -195 ° C. Since the resistance of such a conductor is zero, its dimensions may be such that the conductor is flexible.

The major drawback of the system is the requirement to keep the conductor at its operating temperature, which requires a heavy refrigeration station at very low temperature.

In addition, this solution cannot be easily extended to internal vehicle conductors, which restricts the advantage of superconductivity.

Be content to approach, without reaching, the critical goals.

We can accept a battery capacity divided by two (292.8 instead of 585.6 kWh, which again corresponds to three times the battery capacity of the Tesla 3. We then arrive at 550 amps, which becomes realistic with current means.

This value can be further halved to finally arrive at 275 amperes, if we agree to increase the recharge voltage to 1000 volts.

It is likely that it is towards this third solution that the manufacturers will turn, forgetting the initial objectives and accepting a reduced real autonomy (300 or 400 km?) And a recharge time of 10 minutes which becomes realistic if the number of charging stations is important, and that they are found everywhere, which is made possible by the reduction of constraints.

These little back of the envelope calculations show that electric car batteries fall far short of the performance of a single tank of diesel fuel.

In addition, we must resign ourselves to the fact that they simply cannot reach them, not for reasons related to the batteries themselves, but for reasons of distribution power. We will have to reduce our ambitions. And the electric vehicle for everyone is probably not for tomorrow, or even the day after tomorrow.