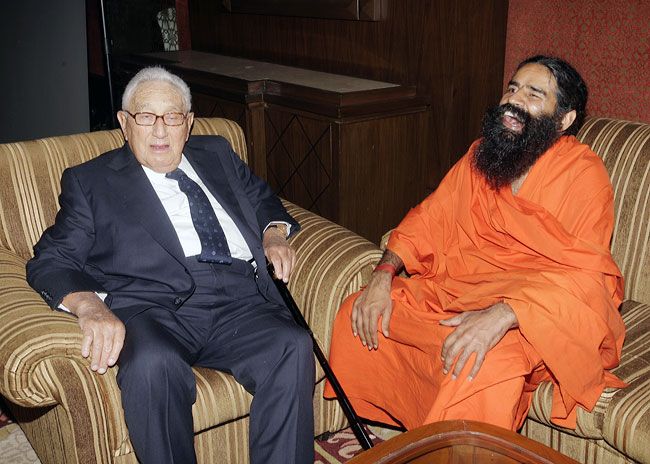 Patanjali Ayurved, which has constantly positioned itself as a ‘swadeshi’ alternative to multinational, is open to deals with global companies. In the past, Baba Ramdev has compared MNCs to the erstwhile East India Company that had entered the country with a purpose to “loot”. Ramdev had said that he aimed to make India free from the MNCs. Now, in an about-turn Baba Ramdev led Patanjali is poised to opening its arms to the ‘videshi’ MNCs, although the names of these MNCs have not been revealed yet.

“We have three-four offers from global companies who are keen to do international deals with Patanjali,” the company’s chief executive Acharya Balkrishna told ET in an interaction. “We are not averse to working with multinationals, as long as it doesn’t clash with our values. We aren’t rejecting them just because they are MNCs. We are looking at the offers.”

Patanjali has been losing ground in recent times. Data by researcher Nielsen shows that the company has lost market shares across its core categories such as detergents, hair care, soaps and noodles between July 2018 and July 2019, even as HUL has relaunched its ayurvedic range of products. Patanjali has gained share only in toothpastes, the data shows.

Balkrishna attributed the fall in market share to trade disruptions following the implementation of goods & services tax (GST) two years back. “The GST rollout had a big impact on our operations; it took us time to align our trade, supply and distribution channels to GST,” he said. “But now we are bouncing back, and results have started to show this quarter onwards.”